Our managing editor recaps the trends and stories that dominated the year, and shares a few of his favorite pieces. 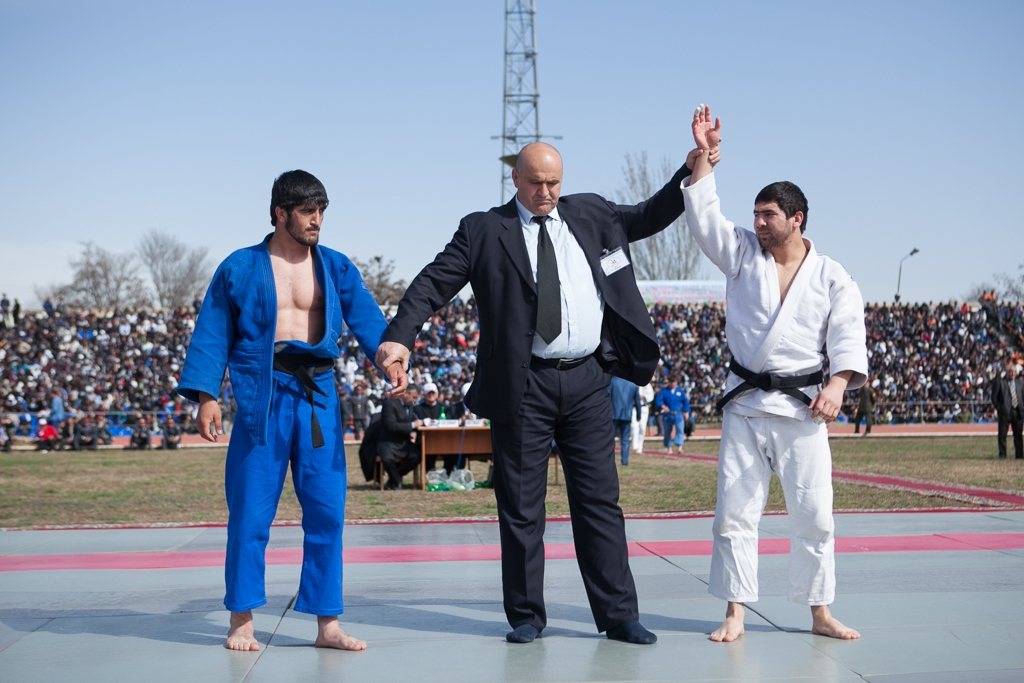 This year was a mix of surprises, stasis, and slow burns in Eurasianet’s core coverage region.

The biggest surprise – judging from readership data – was the sudden announcement by Kazakhstan’s Nursultan Nazarbayev that he was retiring after almost three decades running Central Asia’s richest country. Unsurprising was the managed transition: The loyalist senate chair Kassym-Jomart Tokayev was quickly installed in the rechristened capital, Nur-Sultan. Months of protests followed, spawning a new generation of civic activists, but no serious change. “Leader of the Nation” Nazarbayev still calls shots aplenty.

For stasis, look no further than Turkmenistan. Gurbanguly Berdymukhamedov’s vanity and economic mismanagement have turned the gas megaproducer into a basket case with bread lines, where so many have tried to flee that police pull people off planes. Turkmenistan is full of hot air, both metaphorical and literal: One of the most globally alarming examples is the methane escaping a faulty pipeline in the country’s west; one study found the emissions “equivalent to the fumes of a million cars.”

And slow burns? Perhaps the biggest story of the year, albeit simmering quietly in the background, is the growing role of China’s economy in our region. From Yerevan and Tbilisi to Bishkek and Nur-Sultan, Chinese business has become more visible and entrenched.

In Tajikistan, deals with the Chinese are sealed with little to no public consultation, and even less transparency. China fills empty coffers at moments advantageous to President Emomali Rahmon, who faces another stage-managed election in 2020. Will he or won’t he nominate his son, Dushanbe Mayor Rustam Emomali, to fill his place?

In Kyrgyzstan, China is both a temptress and a lifeline, but faces more scrutiny from muckraking reporters. A former prime minister was sentenced to 15 years last month for accepting a bribe from China. No one from the Chinese side was called to testify. This fear of confronting Chinese interests – or doing basic due diligence when a Chinese company comes calling – has led the cash-starved government into rash undertakings.

As Chinese investments become more visible, so has unease about the treatment of Muslim minorities living within China’s borders, such as Kazakhs and Kyrgyz. The internment camps in Xinjiang, and the Central Asian governments’ mealy-mouthed responses, help focus protesters angered at the treatment of their ethnic cousins and fearful that they stand to lose in this great Chinese spending spree.

Another loser this year was Kyrgyzstan’s former president Almazbek Atambayev. After falling out with his handpicked successor, Sooronbai Jeenbekov, Atambayev watched as, one by one, his government loyalists lost their jobs and/or landed in prison. Ego-driven and irascible, Atambayev didn’t take the hint and taunted Jeenbekov, almost begging for a fight. The spat culminated in a violent standoff with special forces commandos at the ex-president’s compound outside Bishkek. After 48 hours of unrest, and one soldier dead – possibly at Atambayev’s own hands – he surrendered.

Jeenbekov may not get the last laugh, however. His government is currently being rocked by a $700-million corruption scandal unearthed by intrepid journalists, which has given rise to an urbane new protest movement.

Armenians also know about ex-presidents in prison. Shortly after Nikol Pashinyan took power in 2018, his government arrested Robert Kocharyan, Armenia’s second president, on charges related to the violent breakup of protests in 2008 over the election of his successor, Serzh Sargsyan. His trial opened in September. Then, early this month, it was Sargsyan’s turn: He was indicted on corruption-related charges and barred from leaving the country.

The trials have not muted Pashinyan’s critics, who fear he has misdirected Armenia’s revolutionary momentum, failing to bring the kind of radical changes he promised. Nor have the cases cast a favorable light on the judiciary’s independence.

Another regional reformer, Uzbekistan, held parliamentary elections in December: Though the results were not surprising, the atmosphere of debate marked a milestone for the long-closed country, while raising the public’s expectations of lawmakers. As Uzbekistan opens to the world, it looks like it will face a choice: whether to join the Russia-led Eurasian Economic Union. Moscow is making no secret of its desire to bring Tashkent into this ambitious (but ambiguous) bloc; Washington is sending signals that it is deeply concerned.

Russia was the focus of a sudden protest movement in Georgia this summer, when a Russian lawmaker attending a meeting of Orthodox Christian nations took a symbolic seat in the chair belonging to Georgia’s parliamentary speaker. As demonstrators blasted their government for cozying up to a colonial power that supports separatists, the ruling Georgian Dream party responded with violence. Then it promised concessions. Then it reneged. Taking advantage of the chaos, the Kremlin made it harder for Russians to travel to the tourist mecca; a ban remains on flights from Russia.

Politics in neighboring Azerbaijan are nowhere near so dynamic, though the oil-rich country’s ongoing economic malaise would invite change in a place with honest elections. Another type of change is on many tongues: Ilham Aliyev retired several top officials this year. Then First Lady/Vice President Mehriban Aliyeva’s state visit to Moscow fueled chatter that she may succeed her husband.

Some of our favorite stories this year: