To each their own annus horribilis. 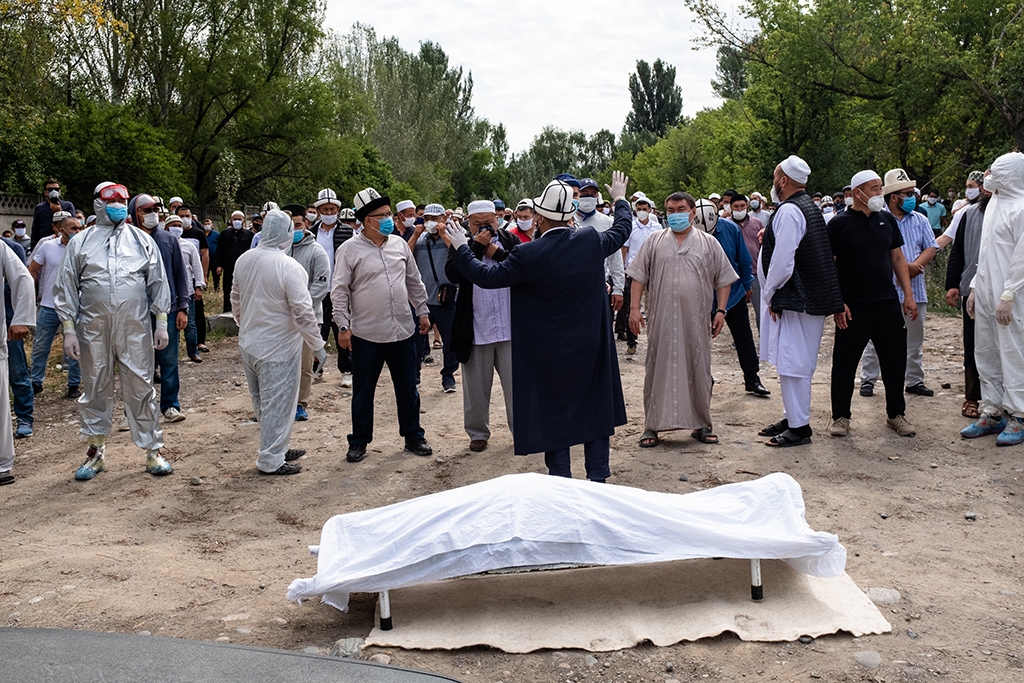 Try as we might, 2020 will be hard to forget – in the countries covered by Eurasianet as much as anywhere else.

Beyond the war, upheaval, corruption and repression, it is the pandemic that will leave the most indelible marks. In many places the virus allowed authoritarians to loose their worst instincts. As Central Asia and the South Caucasus began locking down in February, Tajikistan initially blamed swine flu and tonsillitis. Azerbaijan’s president argued the pandemic required him to persecute his critics. Even as hospitals overflow, Turkmenistan still insists after all these months that its mask mandate is dust-related.

Georgia was a rare success story for most of the year – despite its church stubbornly sharing communion spoons. By fall, however, the country had succumbed to a late outbreak, with some of the highest infection rates in the world.

The region’s economies are being buffeted by the pandemic and, for oil and gas producers, low energy prices. Azerbaijan propped up the manat with a costly peg that will slow reconstruction efforts. Remittance-dependent Tajikistan has struggled to feed itself as migrants’ transfers stalled. Foreign donors have not overlooked the country, but the aid bonanza has been accompanied by predictable shenanigans. Turkmenistan is using police to scatter lines for food.

There are concerns about aid being stolen in Uzbekistan, where reforms have slowed and are often accompanied by rollbacks. So much gas is exported that Uzbeks are relearning how to make dung bricks.

For years we will argue about whether COVID begot other big changes in our region.

In early October, Kyrgyzstan’s government evaporated. In blatantly falsified general elections, parties loyal to the president had won a stunning majority. Peaceful protests were quickly hijacked by roving bands of angry young men, some of whom sprung charismatic convicted kidnapper Sadyr Japarov from prison. Japarov seized power within days. Peter Leonard and Ayzirek Imanaliyeva give the play-by-play from Osh and Bishkek.

Japarov’s style and political allies have spawned fears that Kyrgyzstan has entered a new phase of authoritarianism and thieving. Washington sanctioned one former customs official, Rayimbek Matraimov, for stealing hundreds of millions of dollars. The subject of riveting investigative journalism over the past two years, Matraimov – a.k.a. “Rayim Million” – and his wife put well-fed faces to the decades of looting that have set Kyrgyzstan back generations.

The unrest was accompanied by a wave of violence against Chinese businessmen, undermining Bishkek’s months-long campaign for debt relief from Beijing.

Often overlooked in the tragedy that is Kyrgyzstan are the heroes, many of them volunteers, who sustained the broken health system during an early COVID surge and later protected the capital from looters.

In Georgia – the other country on our beat sometimes celebrated for democratic progress – opposition parties have refused to accept the results of general elections.

In retrospect, the signals were clear. Before war between Armenia and Azerbaijan broke out on September 27, our Caucasus team led by Joshua Kucera covered the pro-war unrest in Baku, belligerence, provocations and shifting roles for Russia and Turkey. The savagery leaves deep scars. In addition to mounting evidence of war crimes, each side lost thousands of soldiers, a per capita death rate surpassing the U.S. in Vietnam. And in only 44 days. The decisive victory for Azerbaijan, along with Turkish and Russian boots on the ground, has redrawn the map and left Armenia's reform-minded, inexperienced leader clinging to power.

Elsewhere, two memorable tragedies cannot be blamed on the pandemic.

In February, Kazakhstan’s small Dungan community was hit by a spasm of deadly bloodletting; thousands fled over the border into Kyrgyzstan.

And in early May, a shoddily built dam collapsed in Uzbekistan, forcing tens of thousands from their homes, some of them across the border in Kazakhstan. Construction had been overseen just a few years earlier by President Shavkat Mirziyoyev, then prime minister.

Of course, beyond these big stories we had so much more – from an experimental film on balancing life with tourism in Bukhara to how a teenager’s murder has reopened old wounds in Georgia. Stay tuned: Next week we will publish our forecasts for 2021.