Tbilisi’s world-famous nightclubs were the country’s last businesses to reopen following the COVID lockdown. But it took a confrontation with the authorities to make it happen. 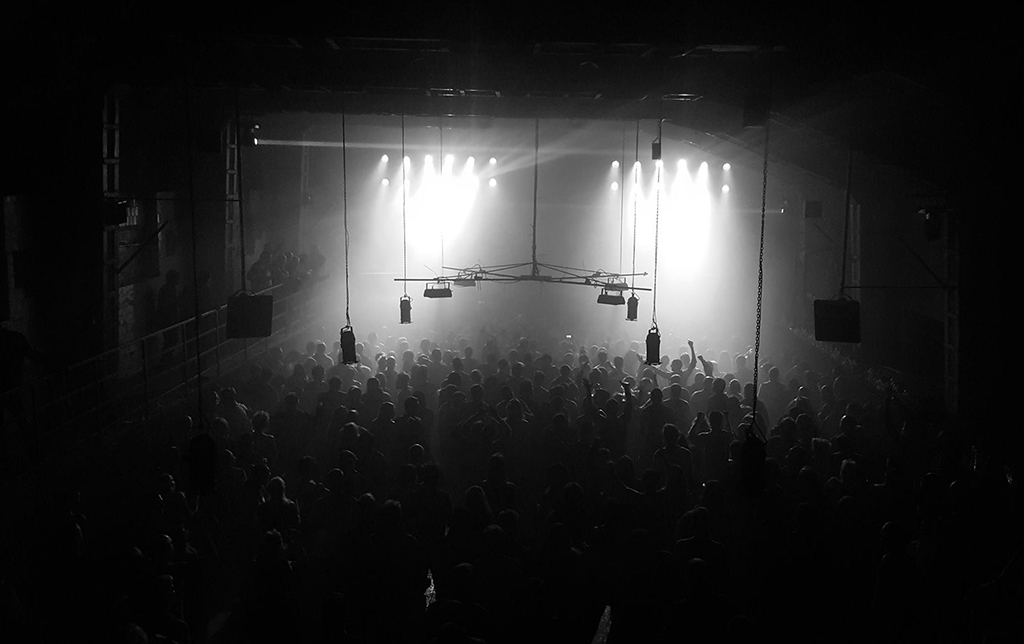 Bassiani and other clubs went ahead with their reopening despite government attempts to stop them. (photo: Bassiani)

After nearly two years of shutdown, Tbilisi’s legendary nightclubs are back.

Bassiani, the ground-breaking club that put Tbilisi on the international dance party map, reopened in the waning days of 2021. Several other dancefloors across the city have followed suit, putting the city’s nightlife denizens in the mood to dance and fostering cautious hopes for a return of Georgia’s once-booming club scene.

“This is homecoming for me,” Naja Orashvili, a co-founder of Bassiani, wrote on Facebook as she announced the reopening of the club on December 17. “The nights that changed everything” are back, added Giorgi Kikonishvili, one of the organizers of a regular queer-oriented party hosted by Bassiani.

Bassiani carries a great deal of cultural significance for Georgia, becoming one of the nation’s calling cards, particularly for young cosmopolitan travelers. The club even helped Tbilisi catch up to Berlin as one of Europe’s top stops for rave parties and helped Georgia forge a new identity beyond the tired label of being the ex-Soviet world’s exotic destination known primarily for its mountains, food and traditions.

The club also helped foster an underground of liberal, libertine youth and became an island of progressive mores in the region’s sea of conservative values. It has played a substantial role in rethinking Georgia’s draconian anti-drug laws and provided a safe space for LGBTQ people from across the Caucasus and surrounding countries to gather and socialize.

While clubbing is a new and unlikely industry for Georgia, it has positioned itself as an integral part of the country’s rich history. The name Bassiani is borrowed from a 13th-century battle of Georgians against Seljuk Turks, while the name of the queer nights it hosts, Horoom, is a nod to a traditional war dance.

Now, though, the fight is not only against Georgia’s socially conservative culture, but the pandemic. The lockdown silenced the dance music and Bassiani’s vast halls, buried in the bowels of the city’s main sports arena, had been empty for almost two years, even as other businesses reopened long ago.

Struggling for their survival, owners of several of the clubs banded together to create a joint plan for how to reopen safely. Many months in the works, the plan laid out a series of measures aimed at mitigating the potential spread of the coronavirus across the dance floor. This primarily entailed granting entry only to holders of a government-issued COVID Pass, which in Georgia is extended to those who are fully vaccinated or who have recovered from the coronavirus. Bassiani also plans to ask guests to present negative rapid COVID tests to enter, Kikonishvili told Eurasianet.

But the authorities initially rejected the plan, citing concern over the potential epidemiological implications. Coronavirus is spreading rapidly in Georgia and is killing people at some of the highest rates in the world. The newly arrived omicron variant finds just about 31 percent of the population fully vaccinated.

At the same time, however, most other businesses – including bars and restaurants – are now open and clubs felt they have been unfairly targeted for too long. Meanwhile, the government itself has been putting on large, crowded events itself.

The ruling Georgian Dream party bused in tens of thousands of supporters to a massive pre-election rally in Tbilisi in October. Prime Minister Irakli Garibashvili was photographed at a large, unmasked dinner party-slash-campaign event.

More recently, the government organized a series of concerts and other gatherings over the New Year holidays, which the club owners saw as hypocritical.

“The government is organizing concerts and gatherings, and at the same time we are not being allowed to reopen,” Orashvili said.

So the club owners decided they were on their own, and Bassiani and other clubs went ahead with their reopening in the face of the government’s refusal.

The Cultural and Creative Industries Union of Georgia, which brings together all Georgia’s nightclubs, warned that the government’s attempts to force clubs to close would “be seen as another hostile and discriminatory act, and will result in protests.”

Ahead of Bassiani’s opening night on December 24, the authorities attempted to keep it from happening. With police in tow, officials from the State Labor Inspection Service came and tried to physically seal the doors of the club, which led to an altercation with club’s managers. TV crews rushed to the scene, while club representatives took to Facebook to summon supporters to gather and protect the clubs.

“This is happening at a time when they [the government] are holding large rallies and concerts, and are paying thousands of taxpayer laris to some anti-vax singers to perform there,” Tato Getia, another Bassiani co-founder, told RFE/RL. “This can only be described as a deliberate attempt to destroy the very thing that helped this country find its feet.”

As a crowd gathered near the club, DJs defiantly turned up the music, leading to an hours-long standoff. The authorities eventually backed down, perhaps concerned over the political cost of messing with Bassiani.

A violent crackdown on alleged drug abuse at the club sparked massive protests in 2018. Outraged by the heavy-handed actions of the police, thousands of young people and supporters then staged a demonstration – part techno party, part protest – in front of the parliament building, under the slogan “We dance together, we fight together.” The then-Interior Minister Giorgi Gakharia famously apologized to the protesters.

Bassiani appears to have won this round too, but it is unclear yet if the clubbing business can recover. Kikonishvili said that Bassiani now has a limit on the number of people it lets in, restricting the crowd to 60 percent of capacity, over 1,000 people.

And the clubs are not out of the woods yet. The authorities said on January 12 that clubs will be closed for the following two weeks; the Cultural and Creative Industries Union responded that they intend to proceed with the events that had already been scheduled this weekend. Club owners say they will comply with COVID-related closure orders as long as they are part of a compromise solution and if pandemic control measures are extended to all businesses and don't target just the clubs.

While there are plenty of fans eager to get dancing again after all the lockdowns and isolations, come what may, others are planning their return more cautiously.

Some long-time patrons told Eurasianet that despite being fully vaccinated and recovered from COVID they still don’t feel comfortable being in a large crowd. “Before the pandemic, I hardly had a weekend without a drink at Fabrika [an entertainment complex] and then dancing at Bassiani and I want to go back to that, but I guess there is this mental barrier,” said one Bassiani frequenter, who asked not to be named. “After having COVID once I’m not really afraid of it anymore, but I don’t want to get sick again either, so I’m holding off.”