Twin economic shocks have gripped Central Asia and the Caucasus with astonishing speed. 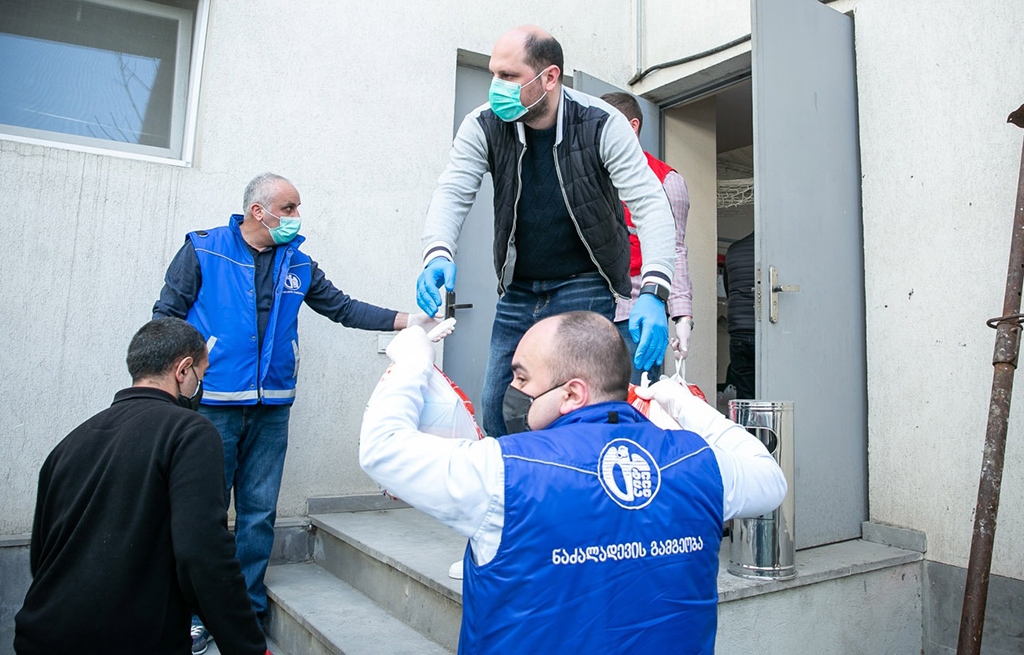 The “perfect storm” metaphor is enjoying heavy usage these days. In the former Soviet Union, this is not without reason. Two economic shocks have materialized with astonishing speed: the collapse in economic activity due to the novel coronavirus and the additional drop in oil prices sparked by a price war between the world’s largest producers, Saudi Arabia and Russia.

Almost three decades after independence, millions of workers from Armenia, Kyrgyzstan, Uzbekistan and Tajikistan pour into Russia every year, sending home billions of dollars in remittances to prop up their fragile economies. When Russia’s oil-dependent economy staggers, these laborers are among the first to feel the pain.

Other ex-Soviet republics, such as Azerbaijan and Kazakhstan, are oil and gas producers themselves. Their budgets expect oil to sell for more than $55 or $60 per barrel, not in the $20s where it has hovered this month.

Here we look at crisis plans as they emerge in Central Asia and the Caucasus, and the early signs of economic crisis flooding the region.

Kazakhstan has pledged to fight its way out of the problem with a $10 billion anti-crisis package.

Efforts to weather the storm have focused on easing the pain for the private sector by providing cheaper credit, tax incentives, cutting back on audits and promoting employment.

In a March 24 speech, President Kassym-Jomart Tokayev said principal and interest repayments on outstanding loans will be waived for small and medium businesses until after June 15. The same businesses would be given tax holidays for a period up three months. Sales taxes are to be reduced on agricultural and food products.

The reserve of state-issued credit for the production of staple goods, which is already being disbursed under existing government programs, is being upped from 600 billion tenge ($1.5 billion) to 1 trillion tenge.

Under the existing Employment Roadmap, 300 billion tenge had been earmarked for projects to overhaul core infrastructure, such as reservoirs and dams. That amount is to be upped to 1 trillion tenge and provide work for 250,000 people, Tokayev said.

The tenge has lost about 14 percent of its value over the last two weeks. On March 23, Tokayev ordered state-run businesses to convert their hard currency reserves to tenge.

In Uzbekistan, the government has warned that the crisis could knock 1.8 percent off the country’s economic growth rate. The IMF had previously projected 6 percent GDP growth in 2020.

To forestall that outcome, President Shavkat Mirziyoyev has approved a 10 trillion sum ($1 billion) package focused on four areas: stemming the spread of the coronavirus, supporting business and employment, expanding social welfare provisions and ensuring the continued functioning of the financial sector.

The business-focused measures envision a sweeping array of tax concessions to remain in effect from April 1 to October 1. Tax authorities will suspend interest payments on businesses struggling to cover the cost of property, land and water resources taxes. In most cases, tax audits will be suspended until January 2021.

Tashkent says it does not expect a devaluation of the sum, which it has propped up with regular foreign currency sales tied to the country’s production of gold and other precious metals. Reuters reported that the central bank expects to sell 30 percent more foreign currency this year than last.

In Tajikistan, the Economic Development and Trade Ministry issued a press release on March 18 to say it was developing an action to mitigate the impact of potential external impacts on the national economy.

Their strategy is, however, just a slightly revised version of an already existing roadmap called the “Action Plan on Coordination of Macroeconomic Policies and Prevention of the Impact of Possible Risks to the National Economy.” That pre-coronavirus plan was drawn up, according to experts, as a way to persuade foreign donors to part with more budget support funds.

The press release includes no specific policies or figures, indicating only that the government is implementing policies to “ensure macroeconomic stability” and “make efficient use of its funds.” It did claim some success in a pre-existing import substitution agenda, stating, for example, that in January-February this year, the production of poultry meat reached 4,357 tons, a fourfold increased on the same period last year. Egg output is up 1.5-fold, and fish production has almost tripled.

The Economic Development and Trade Ministry said on March 20 that the World Bank has pledged to provide $11.3 million toward insulating against external economic shocks.

Kyrgyzstan, meanwhile, has managed to secure $120.9 million from the International Monetary Fund to help it meet its balance of payment needs and free up resources for additional healthcare spending. In doing so, Kyrgyzstan became the first country in the world to receive COVID-19-related emergency support from the IMF.

The IMF said on March 26 that Kyrgyzstan is looking at a balance of payments gap of around $400 million as a result of the COVID-19 pandemic, which has, among its many effects, been a main contributing cause to the rapid drop of oil prices – a commodity on which Russia’s economy is strongly reliant.

Hundreds of thousands of people from Kyrgyzstan, as well as Tajikistan, live and work in Russia and send home earnings to their families. In previous crises, these remittances dropped sharply.

Deputy Prime Minister Erkinbek Asrandiyev told reporters on March 26 that the government is still developing an anti-crisis plan that would address protection of vulnerable sections of the population and the business community. He said the plan would be made public imminently, but that it was undergoing constant changes due to the developing situation.

The IMF said it would not hold Bishkek to spending constraints, given the circumstances. For now.

“A temporary widening of the budget deficit is appropriate, provided it can be fully financed with donor financing,” the Fund said. “In the short run, the priority is to safeguard health spending and create space for increasing health and other spending once the full impact of mitigation measures is assessed. In the medium run, the budget deficit will need to be reduced to lower levels once the crisis abates.”

As the coronavirus crisis hit international travel, Georgia quickly adopted a stimulus plan targeted at the tourism sector. The package, rolled out on March 13 and estimated at 1 billion lari (about $290 million at the time of writing), would exempt travel-related businesses from property taxes and would include spending on infrastructure projects.

The government says it now intends to follow up with a more general plan. Minister of Economy Natia Turnava said that the plan would have two prongs: support for businesses that keep paying workers, and aid for workers who have lost their jobs. The plan would be announced “very soon,” she said on March 26.

The Georgian lari has been one of the worst hit currencies in the region, falling 20 percent so far in March despite the central bank selling $100 million.

Armenia rolled out a stimulus package on March 26, as well. The government did not assign an overall figure what it projected to spend, but it offered targeted subsidies of up to 500 million drams (about $1 million) per business to pay salaries (of up to 500,000 drams per month per employee), to pay taxes, to buy raw materials produced in Armenia, or to import equipment for use to manufacture goods in Armenia. The money should be in circulation as soon as April 1, said Prime Minister Nikol Pashinyan.

Azerbaijan announced on March 19 that it would spend 1 billion manats ($591 million) to mitigate the economic effects of coronavirus but left the details to be worked out subsequently. A week later, a working group met (via videoconference) to discuss the implementation of the plan, though details remain scarce. Members of the working group said it would be carrying out in-depth financial analyses of economic enterprises to determine the damage to the economy. Economist Gubad Ibadoglu has said the plan falls far short of what the country needs and lamented corruption will impede distribution of whatever the government promises.

Economy Minister Mikayel Jabbarov said that 12 sectors had been identified as needing special attention, including tourism, entertainment, transportation, and trade.

Azerbaijan’s currency, the manat, is fixed to dollar with regular currency interventions by the central bank and the sovereign wealth fund – totaling well over $1 billion so far this month. Still, adding pressure, there has been a surge of demand for dollars by people who remember two painful devaluations in 2015.