A journey along Georgia’s strategic stream

From ancient gold mining to Soviet-era megadams to a contentious border, the Enguri River is witness to some of Georgia's most important history and politics. 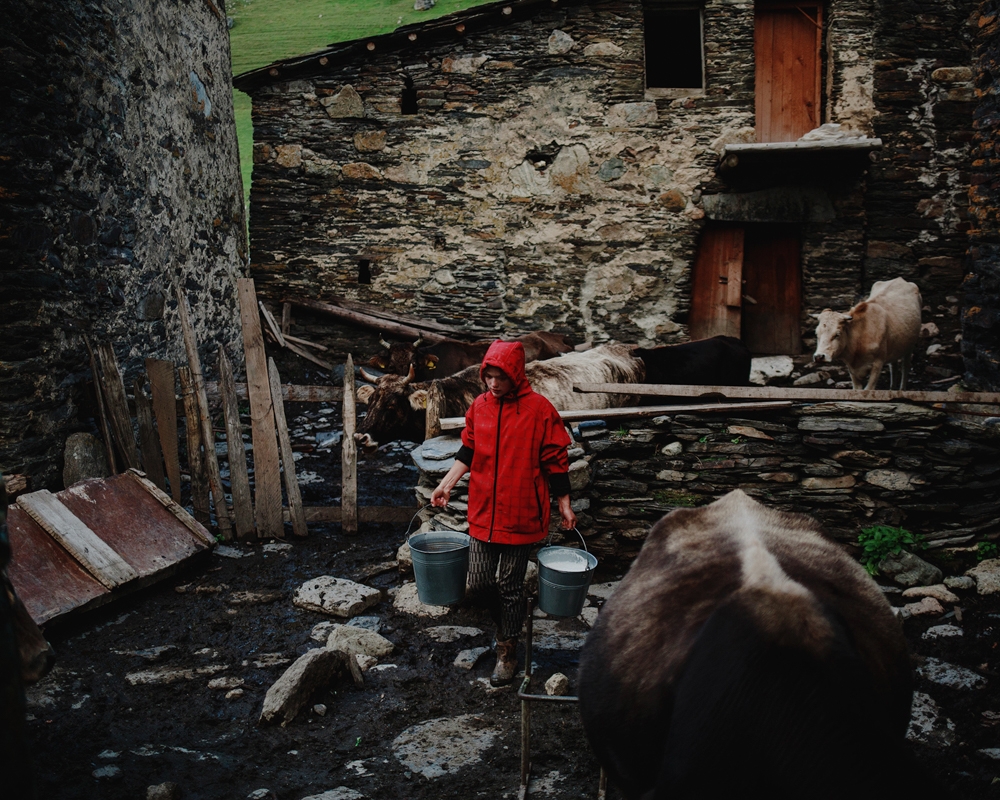 According to one interpretation, the Greek myth of the golden fleece arose from the technique of mining for gold with sheepskins in the rivers of the Caucasus mountains. Today, some Georgians still practice that ancient method in upper Svaneti, the mountainous and isolated region where the headwaters of the Enguri River emerge from the Shkhara glacier near the highest point in Georgia.

Some villages in the region have lately become tourist destinations for their medieval stone towers. Others remain deeply isolated. 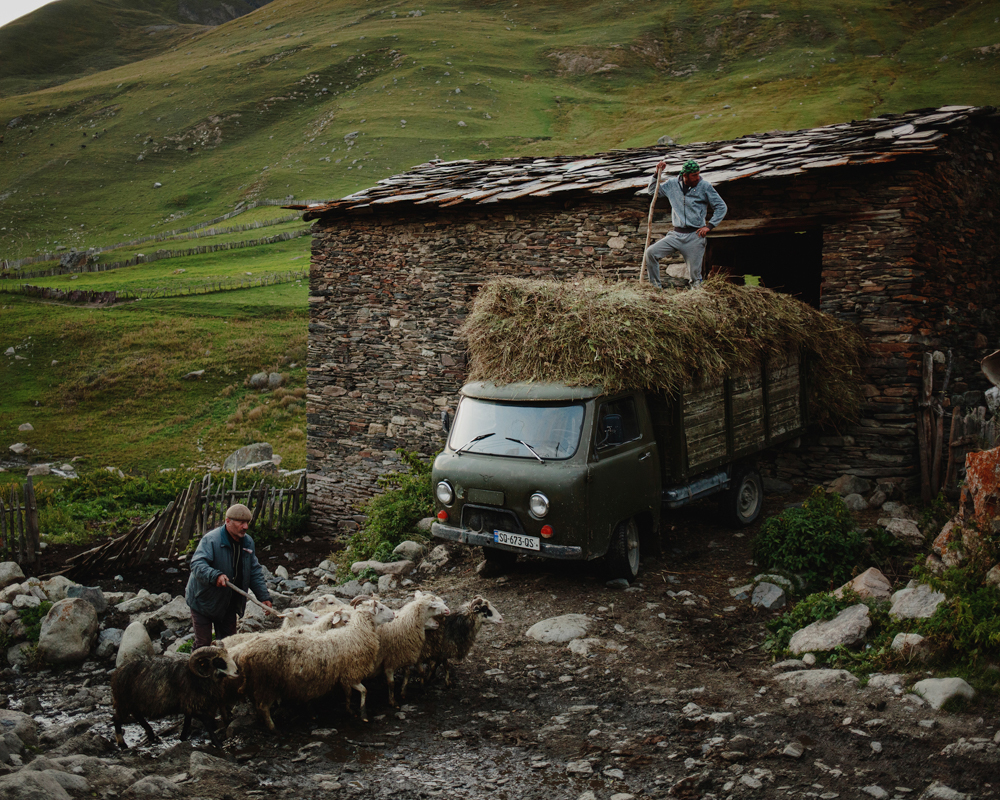 Around 40 kilometers downstream from the Enguri’s source is Atsa, a riverside hamlet surrounded by deep forests and land so steep that local farmers still use bulls rather than tractors. Only a couple of stone houses flanked by their old towers still stand. The handful of families living here rely on subsistence agriculture and gold mining. 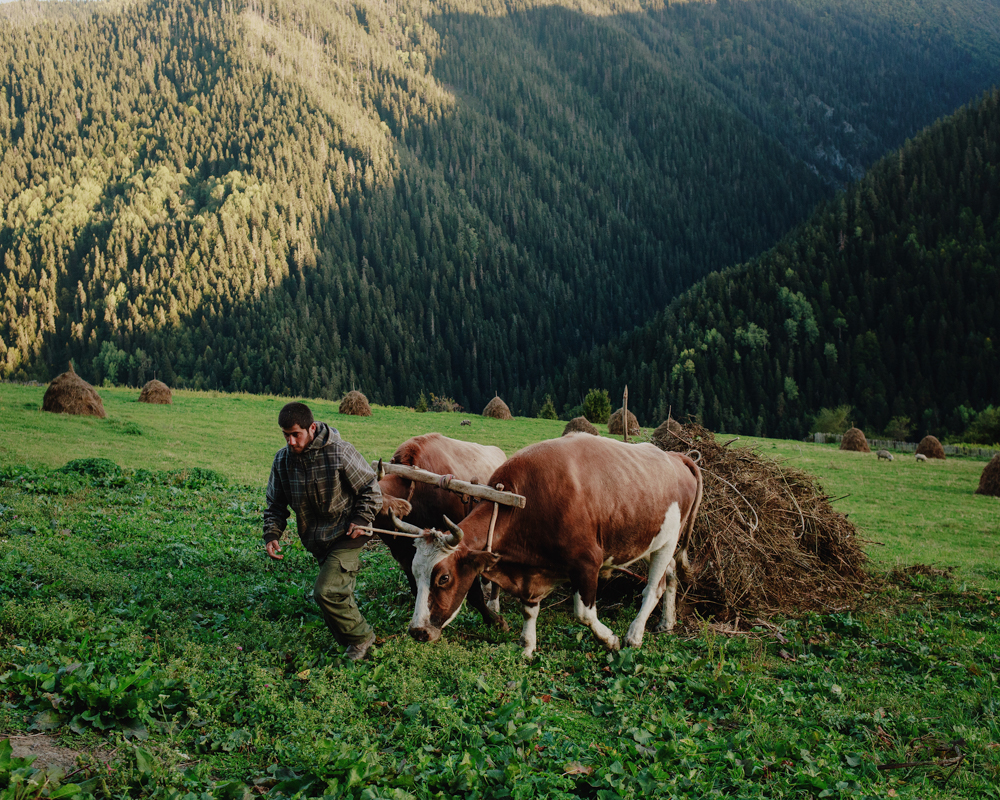 “It's true, some people are still using sheep skins to extract gold from the river,” says Gocha Kvebliani, a resident of Atsa. More commonly, people here use a less rudimentary technique involving small wooden sluices, sieves and metallic pans. “It's very hard work because the law forbids us to operate with modern technologies and it's freezing cold here in winter,” says Gia Kvebliani, Gocha’s cousin. “On top of that, you can’t find very much gold now; there haven’t been any landslides recently.”

The main natural resource in Svaneti is wood, and due to a persistent lack of economic opportunities, some inhabitants resort to illegal logging. When Georgia’s financial police arrived to conduct inspections into the practice last summer, community members protested and blocked the main road, demanding that the authorities stop fining people and provide alternative sources of income. “I don't have any connections to get a job somewhere, I am taking what I need from nature. I have two children and we depend on wood for heat,” says Bakur, a 29-year-old man who was arrested for illegal logging and is now on probation.

Halfway between its source and its mouth, 213 kilometers away on the Black Sea, the course of the Enguri is blocked by an impressive dam, also called Enguri. The structure also marks the boundary between mountainous Svaneti and the hilly lowland of Samegrelo. 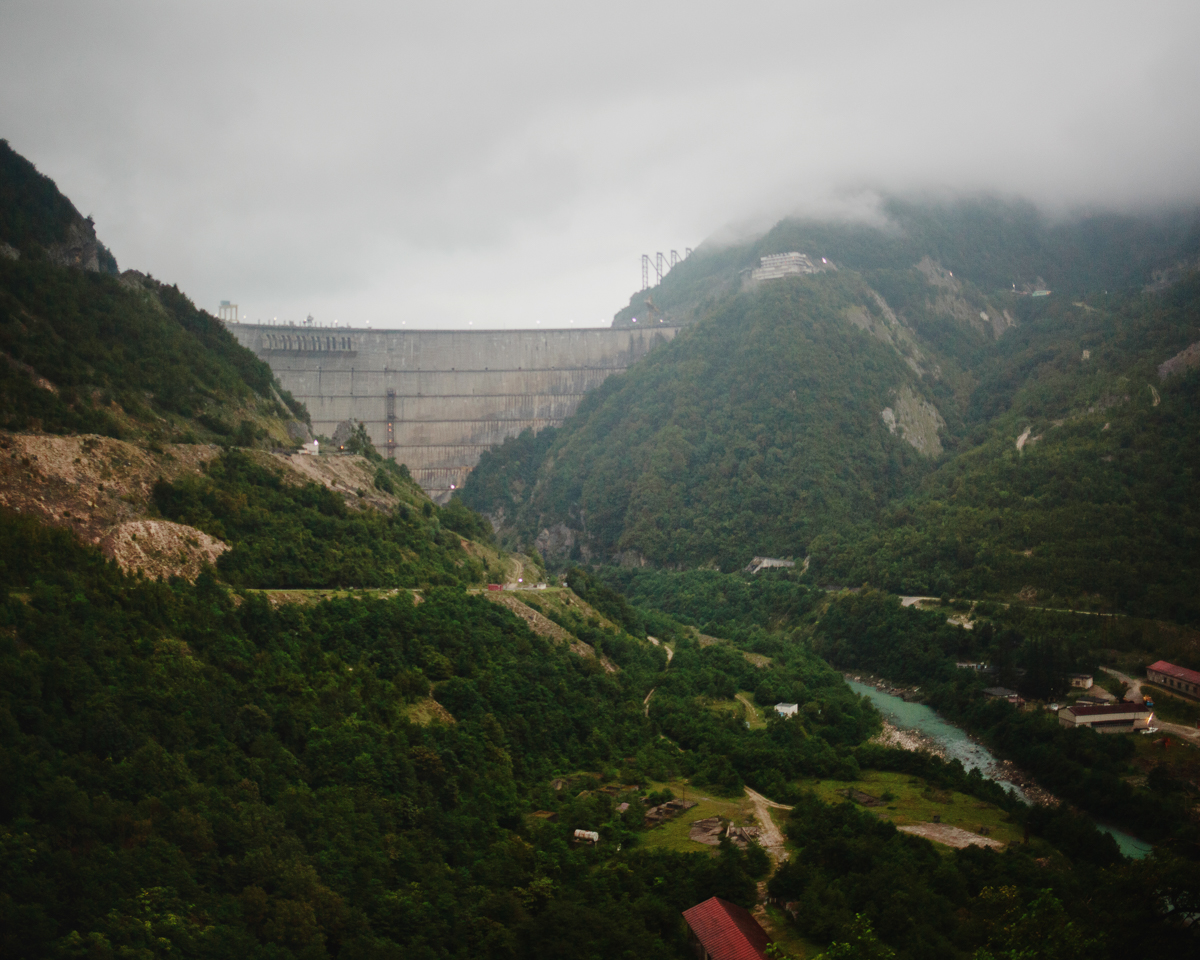 At 271.5 meters, the Enguri Dam was the second-tallest concrete dam in the world when it was completed in 1987. The giant is crucial for supplying electricity across Georgia. A 15-kilometer tunnel brings the water from the reservoir, in Georgia proper, to power generation plants located near Gali, on territory controlled by the de facto authorities in Abkhazia.

This is a rare arena of cooperation between Tbilisi and Sukhumi. “This is the only point where our views meet with those of the Abkhaz,” says Misha Kereselidze, the 52-year-old coordinator of a new project aiming to redevelop the area around the dam as a tourist attraction. “It should happen in the coming two or three years; there will be a zip line starting from the top of the dam and a stage for concerts at the bottom,” Kereselidze says. 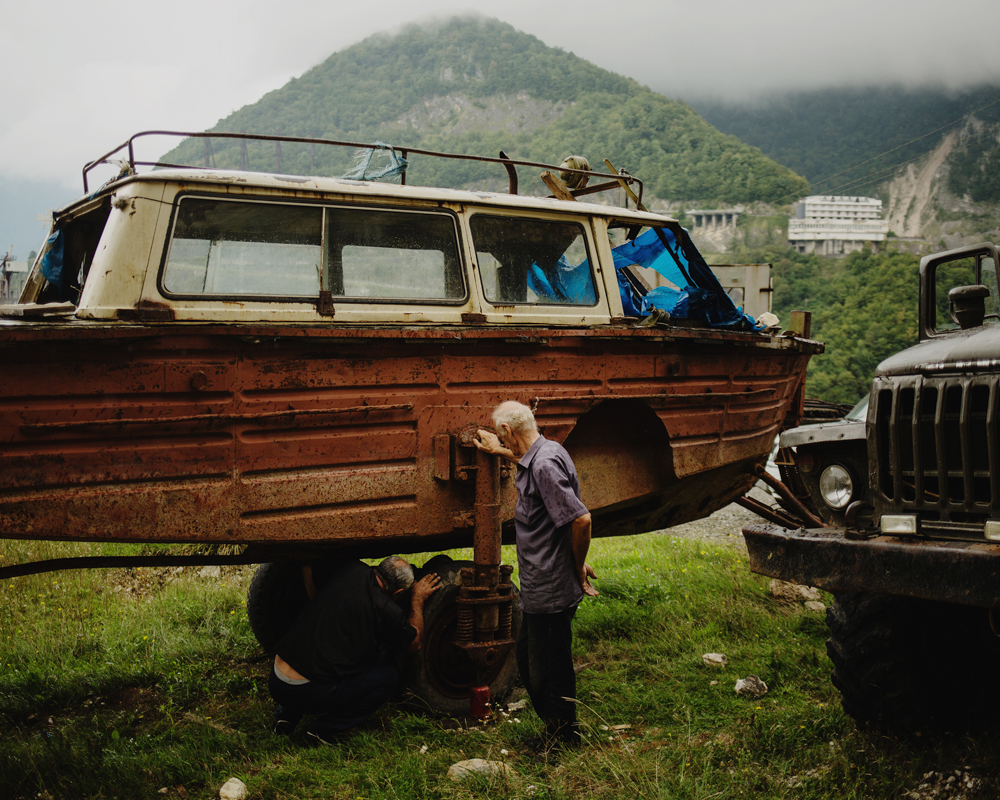 Kereselidze has been coming to this area since he was a child; his father was one of the lead engineers on the dam’s construction. From the early 1960s to the late 1980s, workers from across the Soviet Union, along with their families, lived in the settlement of Potskho Etseri. At its peak it had a population of about 3,000, but that has dwindled to a few hundred; some of them are left from the construction days but more are newer residents, displaced Georgians from the conflict in Abkhazia. 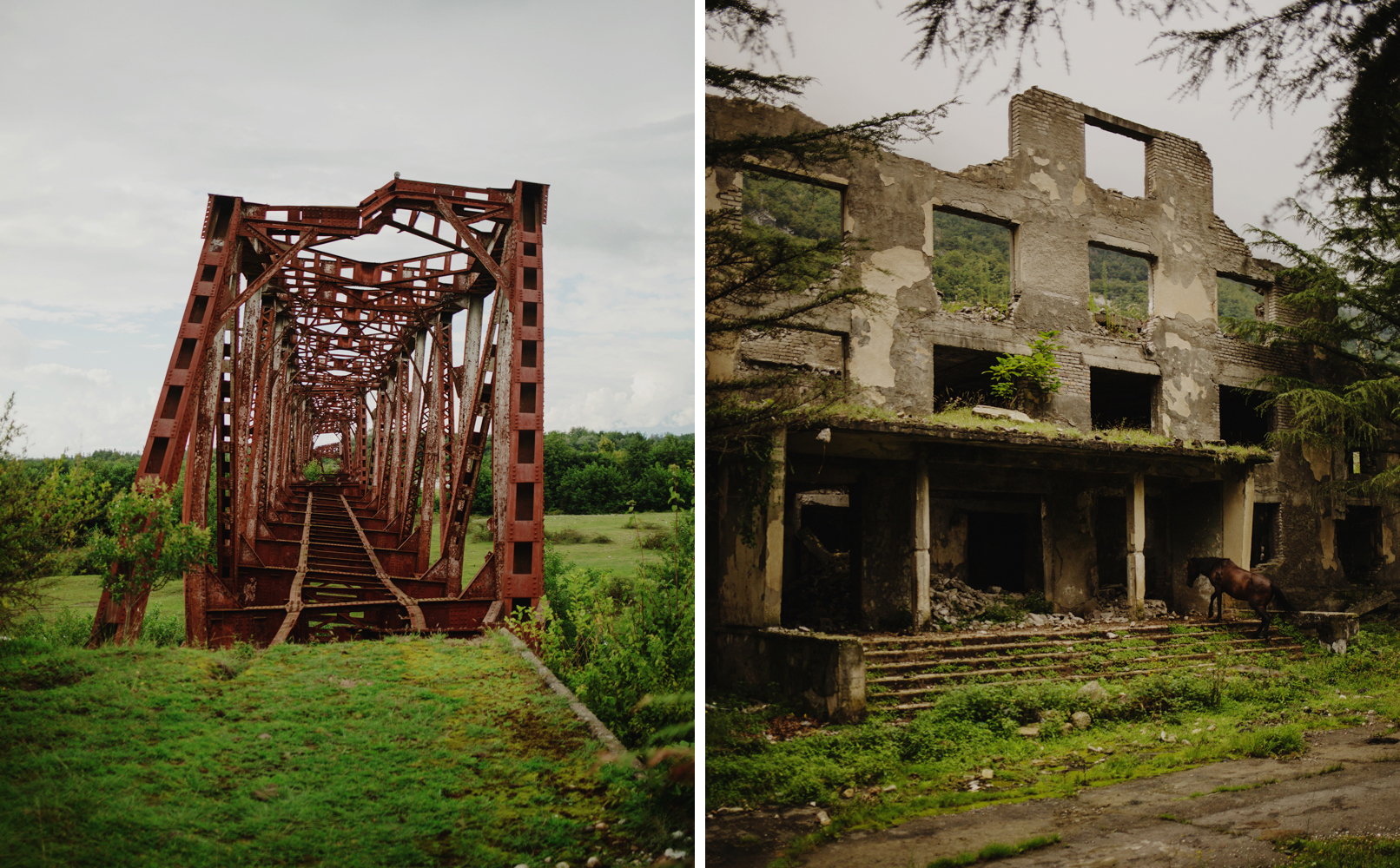 After Potskho Etseri, the flow of the river calms down and the surrounding topography flattens out. Here the Enguri becomes a dividing line: It is the de facto boundary between Abkhazia and Georgia proper. Many tiny islands, whose contours change depending on the water level, dot the river here. (This natural phenomenon inspired Corn Island, the celebrated 2014 Georgian film.) 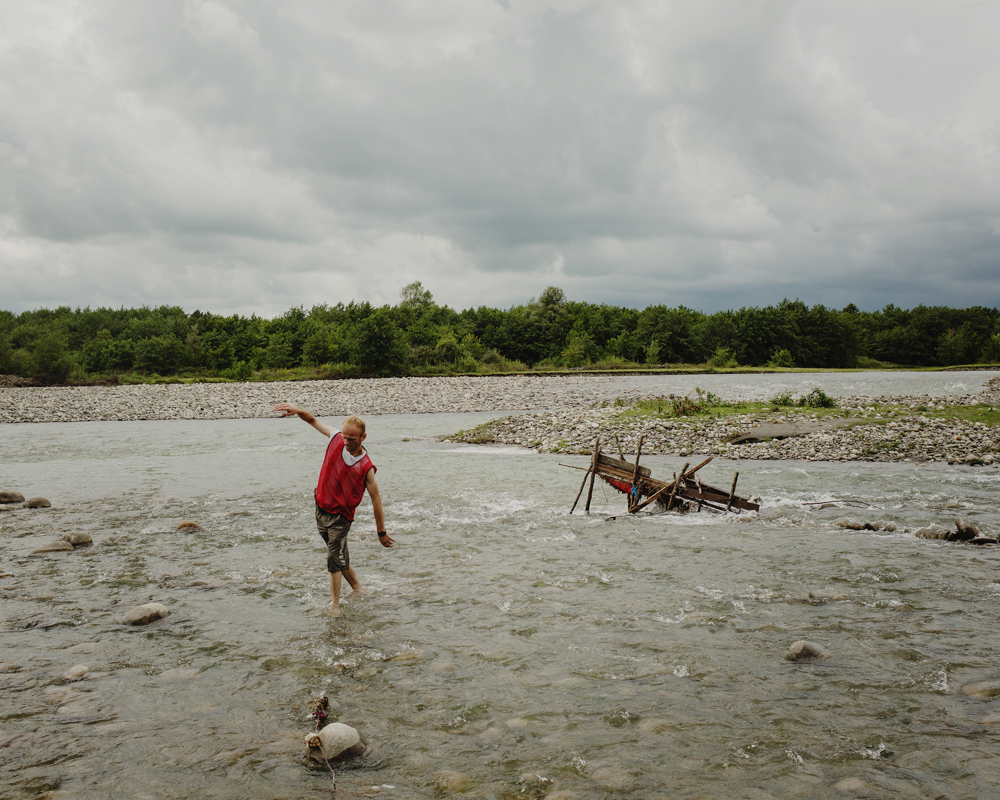 On a larger, more permanent island in the Enguri lies the village of Shamgona and its roughly 500 families. Two bridges connect the island to the rest of the Samegrelo region. But the bridges connecting the island to Abkhazia have long been destroyed. During the war in the early 1990s, Shamgona welcomed thousands of people displaced from Abkhazia, often fleeing villages situated directly across the river. “In my house, we had around 50 people,” says Nino Lejava, the director of the local school. 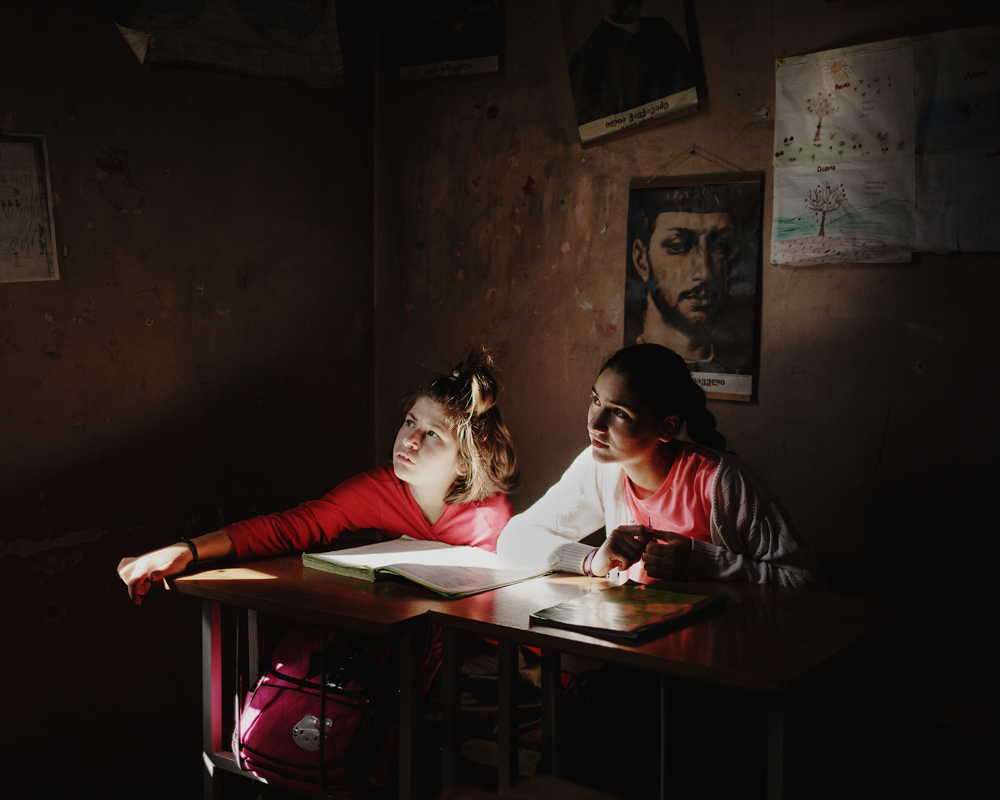 Until 2008, there were recurring skirmishes between Georgian and Abkhazian forces posted on each side of the Enguri. “The security situation was very tense, the people living next to the river could not sleep peacefully,” Lejava says. 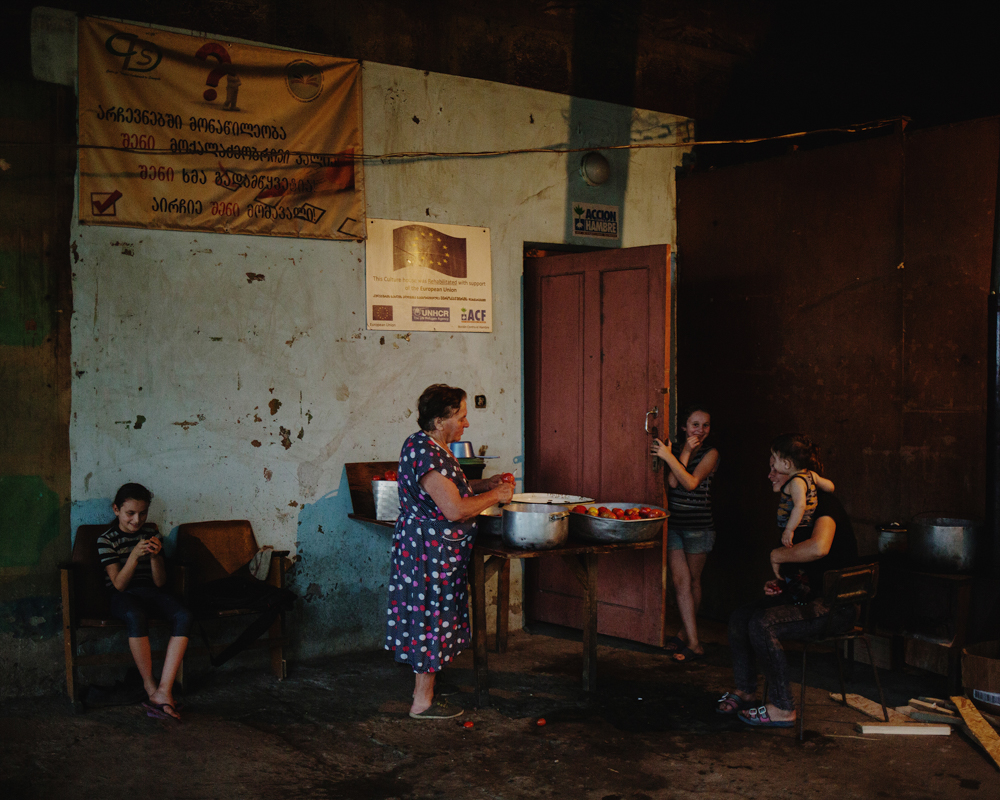 After the 2008 war between Georgia and Russia, fewer troops are stationed along the river here, but Abkhazia has become increasingly inaccessible for those on the Georgian side. Locals used to cross the river without having to deal with “border” formalities, but that is now nearly impossible as Russian guards who patrol the Abkhazian side have fenced most of the eastern bank of the river and built watchtowers, a process Georgians call “borderization.” 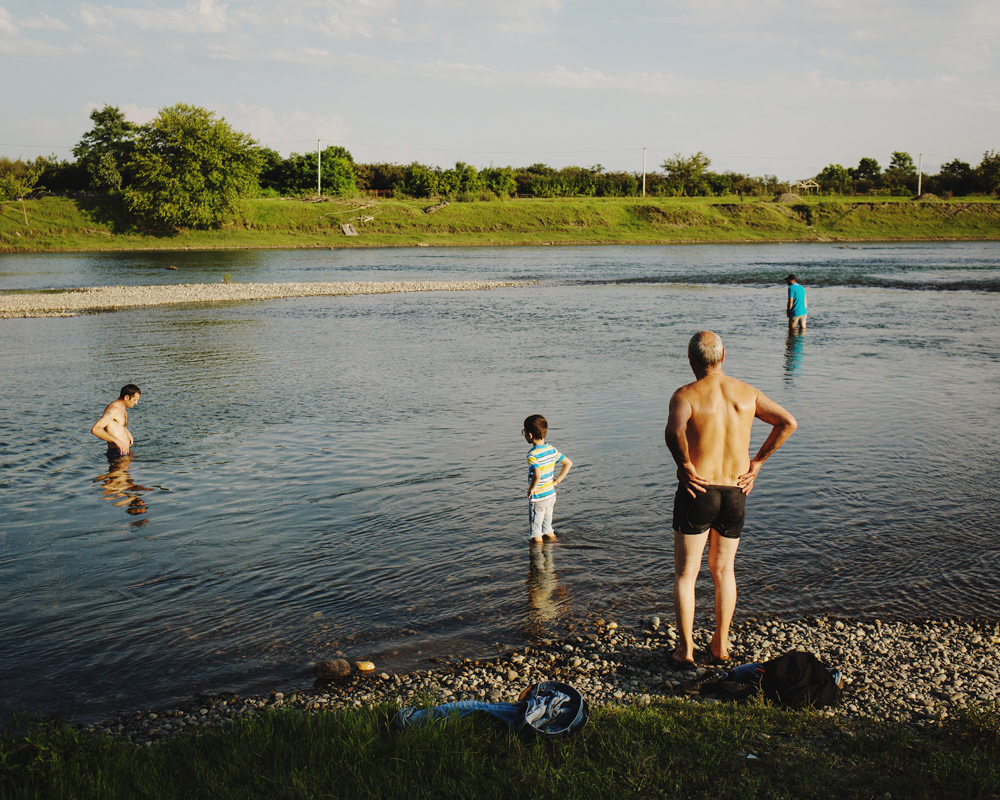 From Shamgona, the river curves repeatedly until it reaches its estuary near the Black Sea, between the towns of Anaklia and Ganmukhuri. Both used to be sleepy villages, with well-maintained two-floor houses and lush gardens. But after the 2008 war, former president Mikheil Saakashvili took a political interest in this portion of the Black Sea coast. From 2009 to 2012, Anaklia and Ganmukhuri's seafronts began to be redeveloped into a swanky seaside resort with a long promenade, beachfront bars and new five-star hotels. The aim was to show off Georgian development – Ganmukhuri was one of the few Georgia-controlled villages on the western bank of the Enguri – to the neighboring Abkhazians. 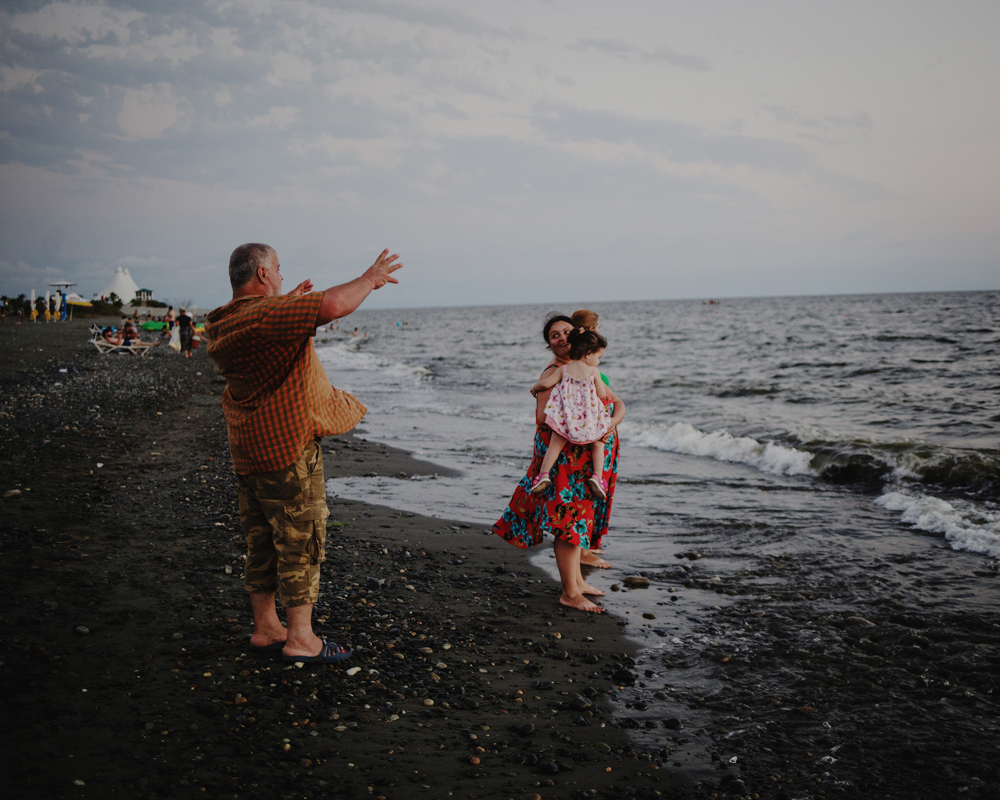 Once Saakashvili left office, construction was halted. But eventually the new authorities, led by the Georgian Dream party, did start implementing another of Saakashvili’s pet projects: a deep sea port in Anaklia. The port is now scheduled to be operational by the end of 2020. Excavators have returned to area, this time promising – in the words of the project’s website – to “establish Anaklia as a focal point of trade on the New Silk Road between China and Europe.” 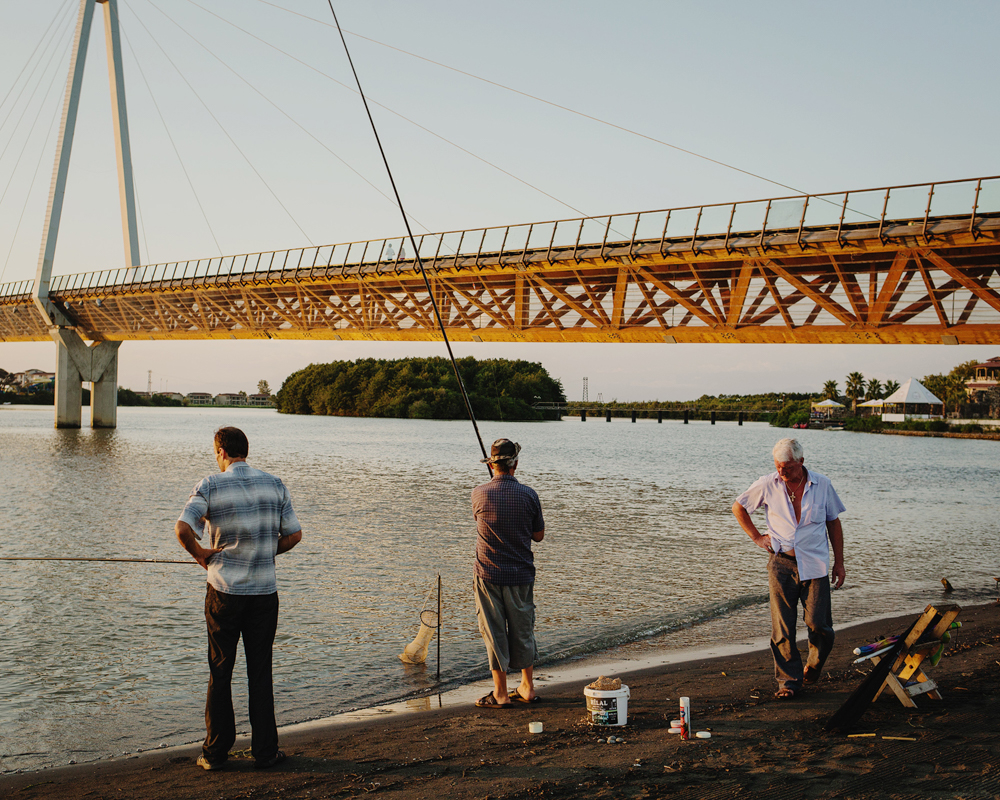 Clément Girardot, a co-founder of Mashallah News, specializes on the Caucasus and Turkey. Julien Pebrel is co-director of Agence M.Y.O.P.