A Modern Makeover for Georgian Chacha 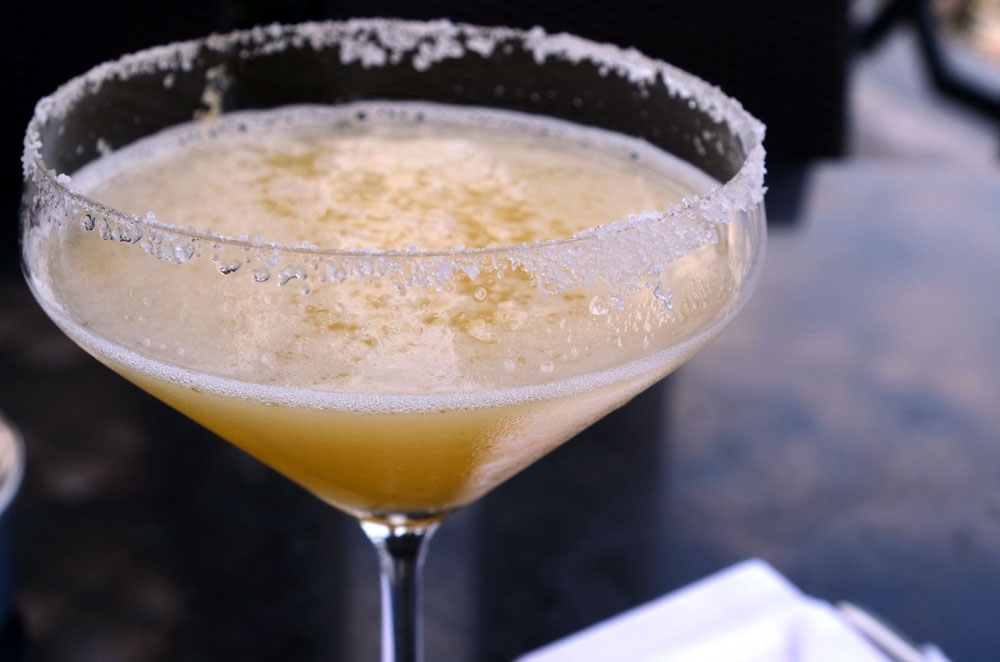 After centuries of being looked down on as wine’s poor moonshine cousin, Georgian chacha is finally getting the chance to unveil its smoother, more urbane self.

Created by distilling the waste left over from making wine, chacha is better known for its powerful punch and “medicinal” value than its taste – making it an odd choice to showcase at the rebirth of the Mtatsminda restaurant, a former icon of Tbilisi culinary life that reopened this summer for the first time in nearly two decades.

But its legacy as a purely Georgian beverage tempted a team of consulting drinkmasters from the United Kingdom, brought in by the GMT Group to create a tableau of Georgian cocktails for Mtatsminda’s new Funicular Lounge.

A grappa-like drink made from the grape skins and pulp left over from wine production, chacha normally clocks in at around 60 proof and is consumed neat, in 100 ml shots to fight off colds and/or catch a fast buzz by Georgians of nearly every age, sex, and economic class. Those who are too young to drink it are, in western Georgia at least, forced to rub it on their arms and legs to fight off the sting of mosquitos in the summer.

The clear, sweet smelling liquor is so popular the Saakashvili administration decided to build a tower in its honor in a bid to attract tourists to Batumi. That, and use its waste material to feed cows in hopes of producing more milk.

The GMT Group spent $20 million and six years to renovate the crumbling Mtatsminda restaurant and funicular station, originally commissioned by Lavrentiy Beria in the 1930s, when he was the head of the Communist Party in the Caucasus before he moved on to lead the NKVD, the Soviet secret police.

The restaurant soon became Tbilisi’s calling card. Mtatsminda (Holy Mountain in Georgian) is perched in the hills that tower over the city; the airy balconies that define the restaurant’s façade provide a bird eye’s view of the capital. But the restaurant fell into disrepair in the post-Soviet period.

After six years of renovation, it is easy to imagine how the Soviet elite spent their free time here, enjoying a coffee and watching city life buzz far below them. The developers took care with the details: 1930s-era craftsmanship has been dutifully replicated on the ornate carvings that adorn the arched balconies.
A wall-size mural of the city that was vandalized was carefully retouched and restored. Expensive chandeliers add a touch of class, and Georgian marble (a quarry was reopened just to provide the materials for the renovation) keep the restaurant anchored to its roots.

There are snazzy new additions, too, including a fresh cocktail menu that pledges to use local ingredients in a new line of drinks. In addition to the Chacha Punch, there is also a Georgian brandy drink, the Tbilisi Funicular, and a mojito-inspired Georgia Julip.

After years of downing chacha shots in village houses and along the sidelines of marathon supras, however, the idea of a cocktail made from the liquor induced visions of something as appetizing as the Hitchhiker’s Guide to the Universe’s Pan Galactic Gargle Blaster.

Actually, however, the Chacha Punch – a mixture of chacha and dry vermouth shaken with fresh peach and apricot brandy and served in a sugar rimmed glass – is more margarita than moonshine. While it was a pleasant touch to the nostalgia-meets modern atmosphere at the Funicular Lounge, Beria might have appreciated a neat, 100 ml shot. Just for old time’s sake.