A Tajikistan poised on verge of economic calamity set for vote

President Rahmon will win easily, but elections are the least of his problems. 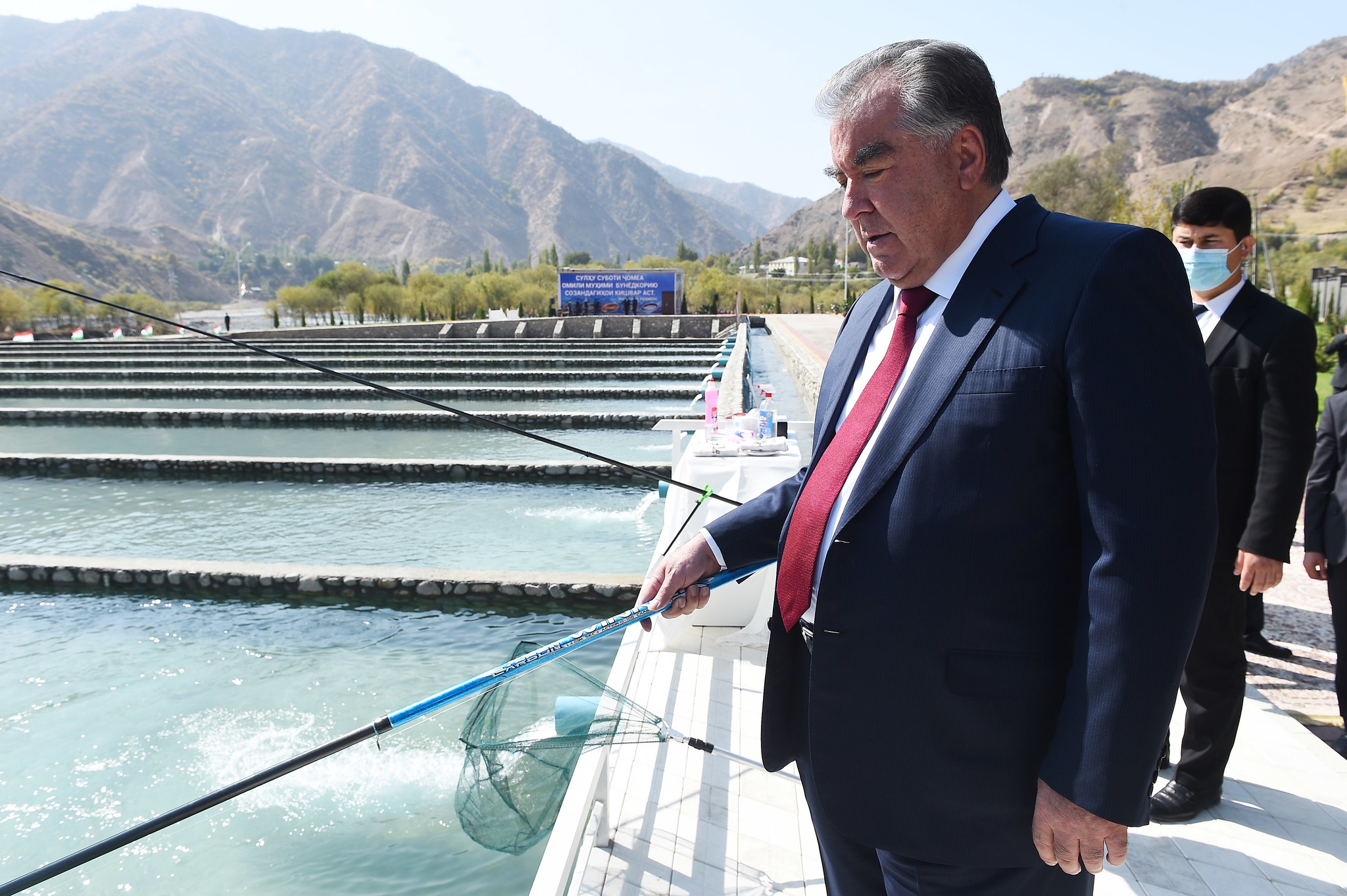 The only question that lingers over this weekend’s presidential elections in Tajikistan is not who will win, but why they are taking place at all.

The country is wholly undemocratic, so plebiscites are merely ceremonial, and the few who have dared to adopt dissident positions have been either jailed or forced to flee.

For that reason, the October 11 polls will be a one-man show, although President Emomali Rahmon is going through the motions of facing off against four faceless, ersatz opponents.

"One should not expect anything from the presidential elections in Tajikistan, other than that Emomali Rahmon will become president again," Muhiddin Kabiri, Europe-based leader of the banned Islamic Renaissance Party of Tajikistan, or IRPT, told Eurasianet.

Over the previous four occasions that Rahmon, 67, has run for the presidency, his worst performance came in 1994, when he came just shy of getting 60 percent of the vote. And that was while a civil war was raging.

It is a safe bet that his vote tally this time will be closer to the 84 percent he scored in 2013.

In fact, there is every reason to believe it could be higher, seeing as how he was in 2015 elevated to the bespoke station of Founder Of Peace and National Unity, Leader of the Nation – a bombastic title that has endowed him with lifetime powers and burnished his quasi-mythic status in government propaganda.

Although Rahmon enjoys no challengers, there are grounds to suspect this vote is not proceeding as might have been planned. In fact, the election customarily takes place in November, but it was brought forward this time.

“The reason for the early elections is so that the position on the throne could be consolidated anew before the economy hits absolute rock bottom. After the election, they can start to talk about problems,” economist Abdumannon Sheraliyev told Eurasianet.

Industry is near-inexistent, decently paid work is rare, and a large section of the population scrabbles a living from low-yield agriculture. This is why hundreds of thousands of Tajiks head to Russia for whatever work they can find there.

But the COVID-19 pandemic has taken a hammer blow at the source of income. The drop in the inflow of remittances from migrant laborers living in Russia is now driving the country even deeper into food insecurity.

Things are critical enough even in normal times.

According to the 2017 Demographic and Health Survey conducted by the Tajik government together with international partners, 18 percent of the country’s children under five suffer from stunted growth because of malnutrition. Less than 10 percent of children between six and 23 months meets minimum acceptable dietary standards, according to the same findings.

Without support from donors, those figures are bound to worsen in the imminent future.

Not that any of this gets much attention in election campaigns. Candidates inclined to offer even an iota of criticism have been either locked out or have, like Rakhmatillo Zoirov, the leader of the tiny and weak Social-Democratic Party, self-excluded in protest at a pointless exercise.

A glimmer of intrigue appeared possible when a 30-year-old lawyer from the Gorno-Badakhshan Autonomous Region, or GBAO, said he was willing to run. It was a brave move for Faromuz Irgashev, because he actually seemed willing to criticize the existing system. In the end, though, he was summarily excluded by arbitrary application of the bureaucracy entailed in registering as a candidate.

Rahmon’s ostensible opposition have gone through some of the motions of organizing campaigns, although these are underwhelming in the extreme. In the capital, electioneering has been limited to candidates’ teams sticking A4 sheets up around the city.

“We have printed 15,000 campaign leaflets and pasted them all over the republic,” Rustam Latifzoda, a candidate from the Agrarian Party of Tajikistan, told Eurasianet. “We also printed 40,000 copies of our newspapers detailing our election platform and have distributed them to our supporters.”

Campaign promises are forgettable and pedestrian, usually confined to wooly pledges to preserve stability, raise the social status and salaries of teachers, and to complete construction of the giant Roghun hydroelectric dam

Rahmon’s program has the benefit of being a little more fleshed-out. His promises include building several hydroelectric plants, reconstructing important highways, and implementing a project to install a fiber-optic network to provide the population with good access to telecommunications services.

The run-up to the election has been so lackluster that most of the members of the public queried by Eurasianet in the weeks ahead of the vote were unable to say when it was even taking place.

Gulnora, a 23-year-old Dushanbe resident, was among those who did not know the date for the vote, but she did say that she would be voting for Rahmon.

“The only [candidate] I know is the Leader of the Nation. He was with the people during the most difficult times, he put a stop to the war. So without a doubt I will vote for him,” Gulnora, who declined to provide her surname, told Eurasianet.

Despite the uncertainty about the date of the vote, turnout will, as usual, be extremely high. Implausible turnout figures are routinely returned by means of many expedients, including family voting, mobilizing state workers to cast their ballot and, for safe measure, ballot-box stuffing.

The only intrigue, according to Kabiri, is what will happen after Rahmon has been reconfirmed for another seven-year term.

“Rahmon is a spent force as both a leader and a manager. After the election, he will be forced to change his behavior and to admit that there are problems,” Kabiri told Eurasianet. “This process has already begun, as in his latest speeches, Rahmon has talked about the problems caused by the pandemic. He is readying the population psychologically.”

Sheraliyev is more sanguine and inclined to thinking the post-election period will bring more of the same, since the nomenklatura is not expected to undergo any changes.

“But it is possible that the authorities may tighten things on the economic front. And political pressure may be intensified to avoid any unrest arising from the bad state of the economy and falling living standards. The ranks of ‘the enemies of the people’ will expand,” Sheraliyev said. “As for freedom of speech, which barely exists now anyway, you can forget about that.”