The Armenian government has come under fire for appearing to discredit as “deserters” the dozens of soldiers still in captivity. 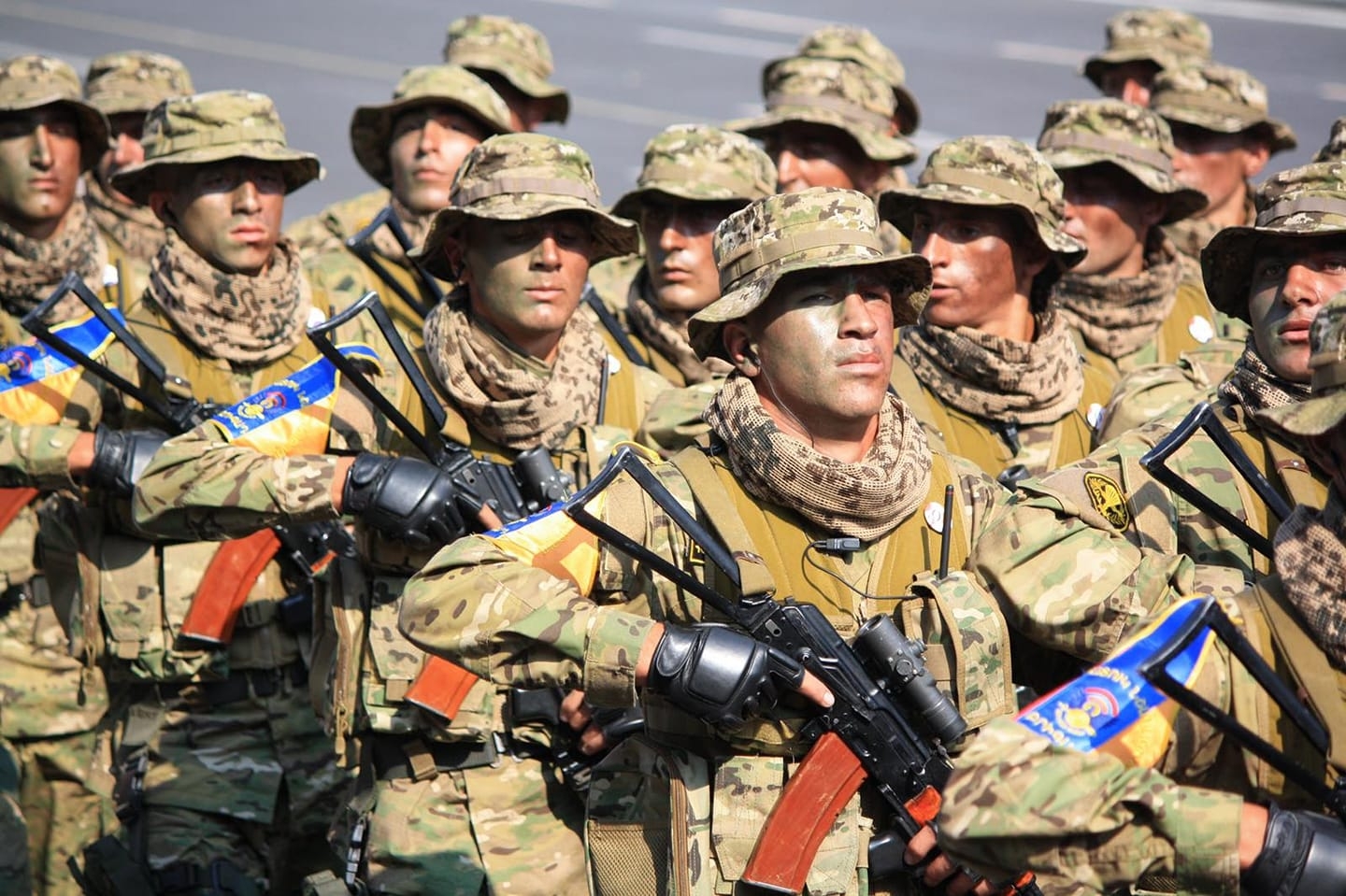 Thirteen months after the end of last year’s war, dozens of Armenian soldiers remain in captivity in Azerbaijan. While the issue remains highly sensitive among the Armenian public, many worry the prisoners are falling off the agenda of negotiations between the two sides – and even that their own government isn’t prioritizing their release.

Since the end of the war, Azerbaijan has returned over 100 prisoners of war to Armenia. But more – estimates range from 40 to roughly 140 – remain in captivity in Azerbaijan. And the number keeps growing: Following border clashes last month, Azerbaijan captured another 32 soldiers. (Azerbaijan subsequently released 10 of them back to Armenia.)

The ceasefire statement that ended last year’s war stipulated that both sides were to return “prisoners of war, hostages and other detained persons” to the other side. In the early post-war period, there were occasional exchanges of detainees.

Since then, the remaining Armenians in Azerbaijan have been subject to bilateral bargaining, with occasional exchanges of Armenian detainees in return for Armenia handing over maps of land mines it laid in territory later retaken by Azerbaijan.

Many advocates for the prisoners say that has been the wrong approach.

“Our authorities should have understood that the return of prisoners of war isn't subject to negotiation, it's demanded by international law,” said Siranuysh Sahakyan, a human rights activist who is representing the prisoners at the European Court of Human Rights. “Armenia shouldn't be begging for the returns,” she told Eurasianet. Instead, Armenian officials’ acceptance of the bargaining process has “created an environment that allows Azerbaijan to solve the issue by demanding concessions from Armenia,” she said.

While the ceasefire statement explicitly mentioned prisoners and detainees, it did not mention mine maps, said Benyamin Poghosyan, head of the Yerevan think tank Center for Political and Economic Strategic Studies. "We accepted that prisoners of war are a subject of bargaining, allowing Azerbaijan to put the issue on an equal footing with the mine maps,” he told Eurasianet. “We returned all Azerbaijan’s prisoners of war and accepted their bargaining terms."

Meanwhile, the Armenian government has come under fire for appearing to minimize the importance of the prisoners.

On December 7, a video emerged of Alen Simonyan, the speaker of parliament and a close ally of Prime Minister Nikol Pashinyan, appearing to disparage the prisoners as deserters. "I may say something a little wrong [unpleasant], but I consider those prisoners to be gone; they don't exist for me," he said in the video, which was secretly recorded at a meeting with supporters and released on an anonymous Telegram channel. "I can't say this publicly, but the parents of the captives also know that these people deserted, laid down their weapons, fled, and ended up in captivity; that's why they are not complaining.”

Simonyan later claimed that the video was misleadingly edited, and a fuller version was published on Armtimes.com, a website owned by Pashinyan's family and edited by Pashinyan's wife. In the more extensive remarks, he blamed Azerbaijan for using the issue to blackmail Armenia. "What was the reason for those soldiers to go to war? To protect the country. But I consider them gone if I now have to lose Syunik and Sisian because of them,” he said. (Azerbaijan has in recent months sought to pressure Armenia, especially around those regions in the south of the country, in an apparent attempt to win more favorable concessions in the negotiations.)

Nevertheless, the video sparked outrage on social media and protests on the streets.

The day the video emerged, relatives of some captured soldiers and others protested in Armenia’s second city of Gyumri outside the local government building. "Alen Simonyan needs to answer us,” one woman said. “We have waited patiently, but our patience has run out now you will see what happens."

The same day, protesters blocked Yerevan’s central Republic Square and marched to parliament to demand that Simonyan explain himself. "We need our children back. What did Alen Simonyan do yesterday? He sent a message to the Turk [a derogatory term used to refer to Azerbaijanis], saying we have no prisoners of war, to slaughter them. Is he gifting our children to Azerbaijan? I'll put a red ribbon on him and gift him to Azerbaijan," one of the parents told reporters.

Pashinyan, too, has called into question the integrity of the soldiers who fell into captivity. Following the clashes last month, he said that the case of every Armenian prisoner must be investigated.

"Maybe we made a mistake giving into our emotions,” he told a session of parliament. “What does it mean to become a captive? In what circumstances did that take place? It has to be investigated. The military protocols lay out the cases in which falling into captivity isn't a crime."

Human rights advocates have suggested that the remarks could improperly influence law enforcement.

"When the prime minister says the prisoners of war have to be tried, when Alen Simonyan says that, aren't they influencing the prosecutor's office and investigative bodies?" asked human rights activist Zhanna Aleksanyan in an interview with RFE/RL’s Armenian service.

Of the more than 100 prisoners of war who have been returned so far, none had been prosecuted until December 10, when five of the ten soldiers who had been returned from the November clashes were charged with "violating combat duty regulations," Armenia's Investigative Committee reported.

"What the government might be doing is trying to portray these prisoners of war as deserters, criminals, so if they can’t secure their return, the public outrage won’t be as big,” Poghosyan of the think tank said. They could be doing this because there are no more maps to give and nothing left to trade.”

Not on the agenda

It is not even clear how many Armenian soldiers remain in Azerbaijani captivity.

According to official Azerbaijani figures, Baku is still holding 40 Armenians. But advocates for the prisoners say there could be more than three times that number. Sahakyan, the rights activist, said researchers had gathered information about up to 80 more detainees being held in Azerbaijan; in half those cases the evidence is “bulletproof.” Of those, she said, some were captured during the war last year, not in post-ceasefire skirmishes as Azerbaijan argues.

On top of that, 22 additional soldiers appear to remain in custody following the November clashes. “We don’t have the full picture,” she said.

Armenia has repeatedly failed to get the issue of the prisoners on the international agenda. A trilateral commission, along with Russia, has been negotiating a border demarcation process and opening new transportation routes – both priorities of Azerbaijan – while neglecting the remaining prisoners.

At a recent trilateral meeting with Russian President Vladimir Putin and Azerbaijani President Ilham Aliyev, Prime Minister Nikol Pashinyan brought up the issue. Aliyev said that the issues laid out in the ceasefire agreement were “practically all resolved,” and Pashinyan gently pushed back.

“I don’t agree with the formulation of the president of Azerbaijan, that practically all points other than transportation are already resolved,” he said. “You know, we have spoken about this many times, there is still a problem with hostages and other detained people, prisoners of war – it’s a very important humanitarian issue. But I want to say that today we haven’t gathered only to bring up problems, but to discuss resolving the problems that exist.” Neither Putin nor Aliyev brought up the issue of Armenian prisoners, and the agreement signed following the meeting was to set up a commission to demarcate the Armenia-Azerbaijan border.

Aliyev and Pashinyan are scheduled to meet in Brussels on December 15, and Pashinyan has said he expects the issue of prisoners will be on the agenda.

A November 8 report from the Council of Europe’s Commissioner for Human Rights highlighted the situation of the prisoners, calling on the Azerbaijani authorities to “disclose a full list and locations of Armenian captives” who remain in custody there, and that “these captives should be released without delay.”

In its response to the report, Azerbaijan argued that the prisoners remaining in its custody are “either not prisoners of war or subject to return under the applicable international humanitarian law and criminal law. These are persons convicted by competent courts for crimes, including in some cases, for war crimes.”

Therefore, it argued, “the call on Azerbaijan to release ‘all those still in captivity’ is a gross interference by the Commissioner with due legal process.”

This piece has been updated to reflect new charges against some returned detainees.