Abandoned by everyone: Kazakhstan’s stray dogs

A new law is supposed to protect stray dogs, but mentalities stand in the way. 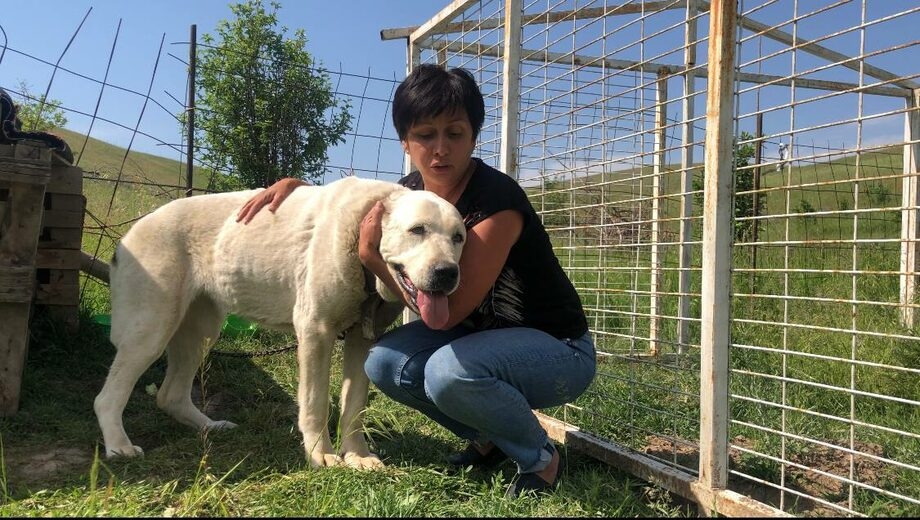 Stray dogs in Kazakhstan can have a rough life.

Until recently, cities like Almaty would round up and kill thousands annually. Some of the euthanized animals had been abandoned, but some had loving homes – victims of zealous animal control officers.

In March, a new law came into force that prohibits euthanizing strays except in cases where the animals appear to have dangerous diseases, are aggressively threatening a person, or are suffering. Instead, animal control departments are now required to catch stray cats and dogs, check for diseases, vaccinate, sterilize, and release them where they were found.

But activists believe local animal control officials cannot be trusted, that state funds are misused, and that the process needs better monitoring.

Zhanna Papina has been campaigning for three years for improved animal protection after a personal tragedy: Her dog Persik (“Peach”) was caught and killed by the Almaty veterinary inspectorate, the department of the Ministry of Agriculture responsible for animal control. She claims Persik was wearing a collar with her address.

After Persik's death, Papina started investigating. She analyzed the dog's organs and found that a poisonous substance was used on the animal, when the law specifies that euthanasia should be carried out only by medication recommended by a veterinarian. The law proscribes poison, specifying that animals should not suffer.

“Dogs are being slaughtered alive,” Papina said, even though the government has allotted the resources to put them to sleep gently.

After this experience, she is skeptical that the new law will work.

A representative of the Almaty veterinary inspectorate declined to comment, saying that he feared losing his job.

According to Sergey Snegirev, animal rights activist and founder of the non-profit Comes Animal Shelter, the veterinary inspectorate is plagued by the corruption found at all levels of government.

He named a town outside of Almaty, which, he said, puts animals to sleep by injecting ammonia into their hearts “even though the department had purchased drugs for euthanasia.”

Snegirev praised the new law to protect animals, but says it does not do enough. “Shelters are needed” to care for the animals after their surgeries and before they are released, “but this is not included in this year's budget.”

More should be done to educate people, Papina added.

“The population behaves very primitively. That is, if an animal disappears, people just take a new one, [which] again becomes a victim of the street. And that's it. On the street, animals are expected to die because of the irresponsible attitude of people,” she said.

Snegirev agreed. It is common to see videos on social media of people torturing and intentionally hurting animals. He believes the new law should address such behavior.

“In our country, a stray animal is garbage. I think this is a relic of the Soviet mentality. Animals have never been appreciated. [If] you lose an animal, instead of finding it, you go and buy a new one,” he said.

There are no state-run care facilities for animals in Kazakhstan. The few shelters that exist are privately run and self-supporting, generally with donations. They take in dozens of dogs, despite overcrowding. One of these is the Tvardovsky House shelter, a village in Turar, near Almaty.

Vladimir Teplyakov and his wife Tatiana Ibragimova moved the shelter to its current location a year ago, when they finally managed to buy a piece of land. The shelter currently houses about 120 dogs, mostly mongrels, which they accept from city exterminators and the general public.

“Sometimes townsfolk call and say, ‘There's a dog here, I can help financially for the treatment.’ But when a person calls and says, ‘You are volunteers, the state pays you. You must come!’ we don't talk to such people anymore. Because this is our decision, we owe nothing to anyone,” said Ibragimova.

Teplyakov said that most of the dogs are injured or crippled before they are abandoned. A broken nose, missing skin, signs of torture: such horrors are common.

One of their rescues is a dog named Sarbona, an Alabai sheep dog, who had been used to fight before being abandoned with a torn muzzle two years ago. She can get aggressive. But Ibragimova praised Sarbona as a bona fide guard dog.

“There was a time when an employee started waving his hands at me. She [the dog] yanked the chain and broke free. The employee managed to escape only by shutting himself in the toilet. Sarbona ran between us, protecting me. She showed him that he doesn't have to wave his hands at me, that he has no right to treat me like this. She’s a very smart dog,” said Ibragimova.