Georgia said the plan would be illegal, while Abkhazian authorities tried to pre-empt criticism that it would deepen the territory’s dependence on Russia. 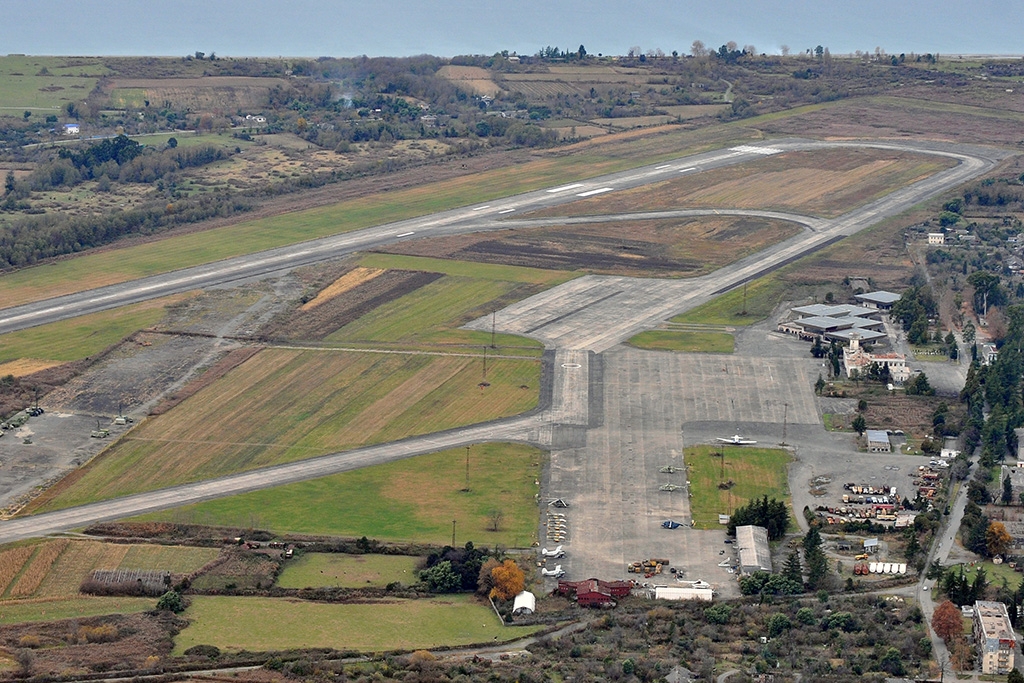 Abkhazia has announced its intention to reopen its long-closed airport to international travel. But the fact that the airport has a newly assigned Russian airport code has rekindled sensitivities about the extent of the de facto republic’s dependence on Moscow.

At a cabinet meeting on July 26, the Abkhazian authorities approved a number of documents related to the airport in Sukhumi, including one that would open it for joint civilian and government use. “This means that both civilian and government aviation – military, emergency, and medical aircraft – would be based there,” de facto Prime Minister Valeriy Bganba said, the news agency Apsny reported. The airport could handle around 3,000 to 5,000 passengers per day, the government believes.

The Sukhumi airport has been closed since the early 1990s, during the war between Georgian government forces and Abkhazian separatists. Abkhazia is now recognized as independent by Russia and a handful of other countries, though the rest of the world continues to consider it Georgian territory. Now, visitors to Abkhazia have to fly to Sochi, just over the border in Russia, and travel the rest of the way by land.

This is far from the first time that the de facto authorities in Sukhumi have said the airport would reopen. In 2005, then de facto President Sergey Bagapsh said it would open in the “nearest future.” Since then, there have been several abortive attempts to get Russian firms to renovate the airport.

A report from RFE/RL’s Abkhazian service, summarizing the long history of dashed hopes of reopening air traffic to the territory, nevertheless concluded: “But today’s cabinet decision instills even more serious hopes,” it wrote. “Reopening the airport would be a true breakthrough in the life of Abkhazia.”

But an interesting wrinkle this time is that the airport has apparently been assigned a new code that suggests that it is on Russian territory. The authorities presenting the plan at the meeting said that the airport was assigned a new International Civil Aviation Organization (ICAO) code, URAS. Each of those letters has a meaning: “U” puts it in the former Soviet Union, “R” in the Rostov-on-Don area, “A” in Abkhazia and “S” in Sukhumi. The “R” is the tricky one, and de facto President Raul Khadjimba attempted to preempt any criticism that that somehow diminished Abkhazia’s fragile sovereignty.

“Various questions arise about how this will impact our sovereignty,” Khadjimba said. “As soon as the new code was deciphered, as soon as the word ‘Rostov’ appeared, there were thoughts like ‘won’t this mean a loss of our sovereignty?’ Russia has recognized us itself, and has done everything for us to exist. Starting from financial assistance and the creation of conditions under which enterprises like this can exist on our territory. These issues strengthen the ties which allow us to receive tourists and visiting investors. This is about our budget revenue opportunities.”

Georgia’ Ministry of Foreign Affairs quickly issued a statement arguing that Abkhazia was still its territory and that it would be the one deciding whether or not flights operated there. “International flights cannot be implemented at occupied Abkhazia Region (in particular, at the Sokhumi Airport), as long as it is against the international law, the charter of ICAO, and Georgian legislation,” the statement said.