Abkhazia calls for volunteers to help with COVID outbreak

Many in the territory blame the rising numbers of coronavirus cases on the authorities’ decision to open up to Russian tourists. 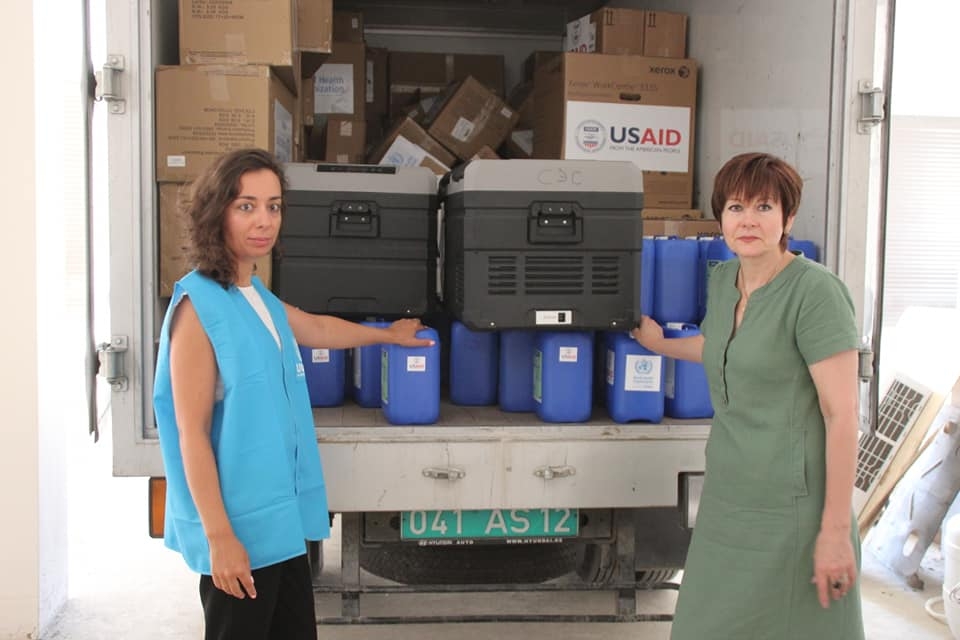 A shipment of medical aid, from the EU and USAID, to help Abkhazia manage its COVID-19 outbreak. (photo: Facebook, Health Ministry of Abkhazia)

Abkhazia’s public health authorities have called for volunteers to help out at the territory’s COVID-19 hospital as it wrestles with a growing outbreak.

“Since the beginning of the coronavirus pandemic, medical workers in Abkhazia have been working overtime, they are getting tired and sick,” the territory’s ministry of health wrote on its Facebook page on August 16. “Today there simply aren’t enough personnel as the number of our ill compatriots has sharply increased.” The post said the hospital in Gudauta, which has been designated as Abkhazia’s main COVID treatment center, particularly lacks “junior personnel” such as orderlies.

“It’s sad, but true – this whole time, the work of the hospital has gotten criticism, reproaches, and accusations, but hardly anyone has offered help to the medical workers,” the ministry continued. “But we really need it. Physically. The staff are exhausted.”

Coronavirus cases in Abkhazia have spiked since the territory opened up its de facto borders to Russian tourists on August 1, and several hundred thousands have responded, though official numbers of visitors appear to be unavailable.

The Russian tourists going to Abkhazia are reportedly attracted in part by the fact that the territory does not require a test for COVID-19 to get in. Georgia, Armenia, and Azerbaijan have all opened up a crack to foreign tourists in recent weeks, but all require a negative COVID-19 test for entry.

The top comment on the health ministry’s Facebook post, which got more reactions than the post itself, was by one Yuliya Bazba, who wrote: “There was no reason to open the borders. Those who organized the protest – go become orderlies, and to the medical workers, hang in there.” (On July 30, a group of people in the tourist center of Gagra held a protest demanding the borders be opened to Russian tourists.)

Underscoring the territory’s dire financial situation, officials have repeatedly emphasized that they are looking only for volunteers, not paid employees. The volunteers also will have to sign an agreement acknowledging that they are willing to work in an environment that threatens their health.

A group of Georgian NGOs responded to the appeal for volunteers by calling on their government to cooperate with the Abkhazian authorities and help provide medical aid. Tbilisi generally refuses to deal with the de facto authorities in Sukhumi, considering them illegitimate. The Georgian government has, though, invested in health care as a means to attract their prodigal citizens back into the fold, by offering free medical care to residents of Abkhazia and building new hospitals next to Abkhazia.

Abkhazia effectively broke away from Georgia in a civil war in the 1990s, but is still recognized by most of the world as part of Georgia. Russia now heavily backs Abkhazia’s de facto government both financially and militarily.

A small delegation of Russian doctors visited the Gudauta hospital for a week starting on August 9 to consult on its COVID-19 treatment capabilities. The World Health Organization has delivered medical aid, financed by the European Union and the United States, to help Abkhazia manage the outbreak, and the United Nations Development Program has donated personal protective equipment for medical workers.