The vote went ahead in spite of the global coronavirus outbreak; although Abkhazia hasn’t recorded any cases, election officials took pains that the disease couldn’t be spread by voting. 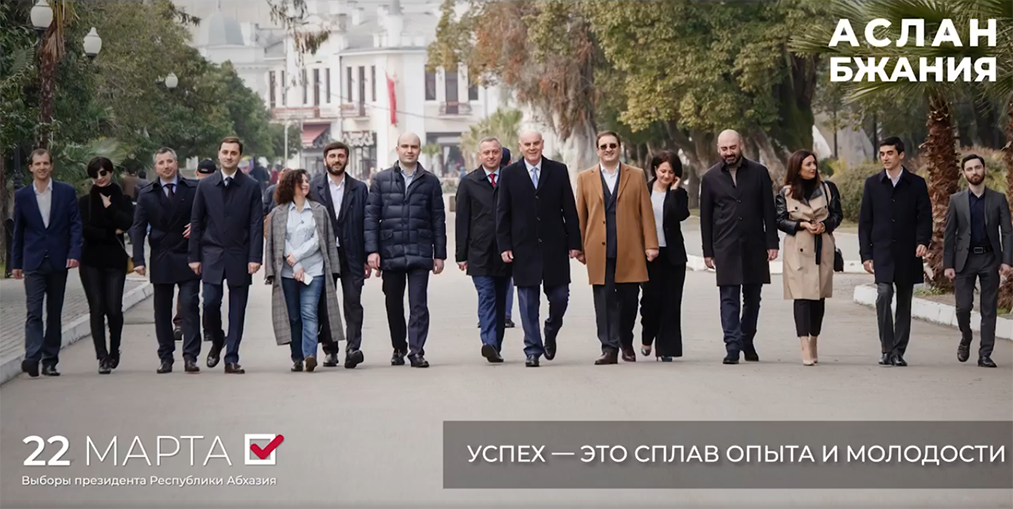 From a campaign video for Aslan Bzhania, who won the March 22 election for de facto president of Abkhazia. (photo: Facebook, Aslan Bzhania)

As the rest of the world self-isolated, already isolated Abkhazia went ahead with its elections for the leader of the de facto republic. As expected, the winner was opposition leader Aslan Bzhania.

No cases of coronavirus have been officially reported in Abkhazia. But election officials nevertheless took measures to prevent the spread of the disease, by allowing voters to bring their own pens to the voting booth and by providing hand sanitizer as voters left polling places. Polling places were disinfected ahead of the vote and election workers provided with masks.

The foreign monitoring of the vote was also limited because of coronavirus-related travel restrictions. A delegation of Russian officials who were supposed to observe the elections didn’t come, though eight officials from Russia’s embassy in the territory took their place. Observers from Abkhazia’s fellow Russia-backed unrecognized republics South Ossetia and Transnistria also came, the Russian newspaper Kommersant reported. (Abkhazia is considered by most of the world as a breakaway part of Georgia, but Russia and a handful of its allies recognize it as an independent state; Moscow provides substantial financial and military backing to the de facto state.)

As it happened, there was little controversy around the vote anyway, as Bzhania won a commanding victory and his main competitor congratulated him on his victory shortly after polls closed.

The drama-free vote stood in contrast to the tumultuous events leading up to the election.

In another presidential election last year, Bzhania was forced to drop out after falling ill; he blamed the then-leader, Raul Khajimba, for poisoning him. Khajimba won reelection, but then in January was forced to step down after protesters occupied the territory’s main administration building. Bzhania, who had by that time recovered, said he would run again and became the presumptive favorite.

But then Bzhania fell seriously ill again, immediately retriggering suspicions of foul play and speculation that the election might be put off. Bzhania recovered quickly, however. He will be inaugurated on April 23.