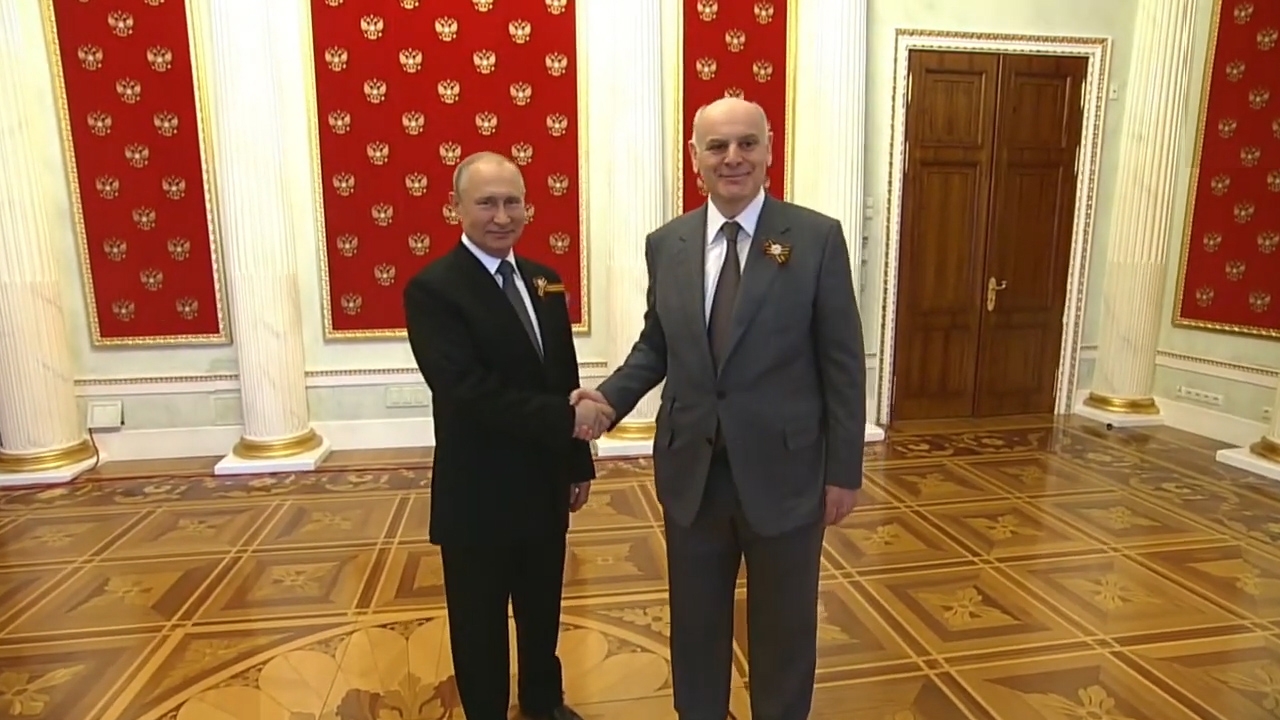 As Abkhazia struggles to manage a deepening financial crisis, the territory’s de facto leader has met with Russian President Vladimir Putin in the apparent hopes of getting some good economic news.

At the beginning of June Aslan Bzhania, the newly elected president of the unrecognized republic, announced that Russia – Abkhazia’s main financial and military backer – had not given any aid since the beginning of the year. Moscow had promised a $65 million aid package for the territory for the period 2020-2022.

Meanwhile, another of Abkhazia’s main sources of income – revenues from tourists, almost all Russians – also been endangered by the coronavirus pandemic, which has led to a virtual closure of the Russia-Abkhazia de facto border and the prospect of a diminished or even canceled summer tourist season.

As a result, the territory’s GDP is projected to decrease 10 percent in 2020, its economy minister announced in mid-June. And state employees may not be paid at all in June and July as the territory’s budget has taken a dramatic hit, the de facto prime minister Alexander Ankvab said.

“Yes, for the first five months of the year the tax revenues were 98 percent of what the budget projected, but that doesn’t mean that in June it will be the same,” Ankvab said on June 11. “In June everything will be much worse. This is not just a scary story, this is reality, because the restrictions and the cessation of economic activity has inflicted serious harm to our citizens and to the budget of the country.”

All of this was no doubt on the agenda when Bzhania visited the Kremlin on Putin’s invitation on June 24 while he was in Moscow for the celebration of the 75th anniversary of the allied victory in World War II.

The official notice of the meeting said nothing about its content, but ahead of the event the head of the Abkhazian parliament’s committee on international affairs, Astamur Logua, said he expected the question of the border and tourism to be discussed.

“It is hoped that in the meeting they can agree on opening the border with Abkhazia if it, of course, does not bring serious negative consequences in terms of coronavirus,” Logua told RFE/RL. “If Abkhazia is included in the list of the first countries with which Russia opens its borders, I think it would be good.”

Not all Abkhazian officials agree: Ankvab said he thought the border should remain closed in order not to exacerbate the coronavirus situation in the territory. “From 130 to 180 people per day are crossing the border,” he said. “If we open the border, the number of people coming here is going to increase many times. We can’t allow this.”

As of June 24, Abkhazia – which broke away from Georgia following a war in the early 1990s – had registered 38 cases of the disease, with 32 recoveries and one death.

Following the announcement of the Russian aid shortfall, it has not been publicly discussed much. On June 17, Bzhania met with the Russian envoy to Abkhazia and complained that some agreements between the two sides had not been implemented.

Bzhania referred to a 2014 strategic partnership signed between Abkhazia and Russia, under which “many events were implemented, but some were not able to be implemented. It’s important to understand why and for what reason. The agreement was aimed at giving a new stimulus to the intergovernmental relations, and it is important for the citizens of Abkhazia and Russia.” But he did not specify which parts of the agreement had not been carried out.

Earlier, Bzhania had said that he didn’t expect the total Russian aid for 2020 to be reduced, in spite of the delay, though he suggested the overall aid package may have to be “revisited to some degree.” He also noted that during his previous visit to Moscow, Russian officials raised the issue of allowing Russian citizens to buy land in Abkhazia.

That has been a longstanding demand of Moscow’s, which Sukhumi has firmly resisted, fearing that its already fragile sovereignty would be fatally compromised by wealthy Russians buying up its land. But it wouldn’t be hard to imagine that becoming a bargaining chip as Abkhazia becomes more desperate for Russian aid.

The sensitivity of Abkhazia’s financial troubles was illustrated on the eve of the parade in Moscow, when former minister of the economy and current opposition figure Adgur Ardzinba gave a television interview in which he sharply criticized the government for failing to plan ahead for the budget shortfall that led to the delay in paying government employees. In particular, Ardzinba suggested that the root of the problem was that the Abkhazian government lacked a good enough relationship with Russia to work out a solution.

All the more awkward: Ardzinba was part of Abkhazia’s official delegation to Moscow.

Abkhazia’s cabinet of ministers then issued a lengthy rebuttal, accusing Ardzinba of “immaturity” for accepting Bzhania’s invitation “to an event of historical importance – the Victory Parade in Moscow – and then on the day of the delegation’s departure, giving a cynical, venomous interview.” It further noted that the current government had been in power only since April 23, that Ardzinba had been a member of the previous government for five years, and that one of the new government’s tasks had been to “fix the gross violations of the Abkhazia-Russia agreement” of which its predecessor was guilty.