The incumbent, an ex-KGB agent with Vladimir Putin’s support, will face a veteran in a September 8 runoff. 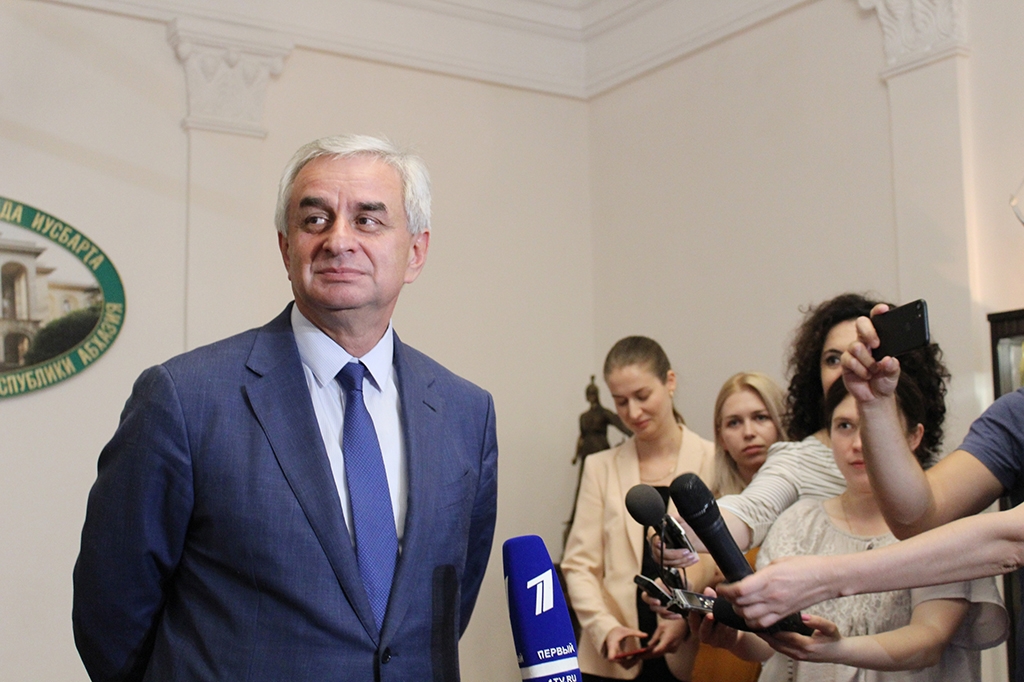 A hotly contested election campaign in Georgia’s breakaway Abkhazia region failed to produce a winner on August 25. Based on an early vote count, incumbent Raul Khajimba and opposition candidate Alkhas Kvitsinia will compete in a runoff on September 8. Both are avid supporters of national independence for the de facto republic and believe in close ties with Russia, but differ on issues like corruption and crime.

A record nine candidates contested the race, making a first-round victory unlikely. The campaign was marred in May by the poisoning of Aslan Bzhania, a lawmaker who was tipped as Khajimba’s main challenger. Bzhania had to drop out of the race.

De facto President Khajimba, who is running for his second term, received just over 26 percent of the 70,000 votes cast. Kvitsinia came close behind with about 25 percent; a veteran of the 1990s separatist war with Georgia, he is endorsed by Bzhania, who is still recovering from mercury poisoning.

Another candidate, ex-Deputy Foreign Minister Oleg Arshba, also won just shy of 25 percent, but election authorities said on August 26 that the runoff will be between Khajimba and Kvitsinia. Under Abkhazia’s system, the winner must clear a 50 percent threshold. Turnout was about 56 percent.

Weeks before the polls, Russian President Vladimir Putin met Khajimba, a fellow ex-KGB officer, in an apparent show of support. Despite Abkhazia’s near-existential dependence on Moscow for economic and military support, Putin’s endorsement failed to secure victory for Khajimba in the 2004 election, exposing a degree of resistance to Moscow’s will in the recalcitrant region.

This time, Putin stopped short of formally endorsing Khajimba. The Kremlin leader – widely accused of monopolizing power in Russia for decades – said he was expecting a clean and democratic vote in Abkhazia.

Because most of the world regards Abkhazia as part of Georgia, credible election observers were not on the ground to monitor the vote. Instead, present were mainly observers from Russia and its allies, Venezuela and Nicaragua. One German parliamentarian – Stefan Keuter, from the far-right Alternative for Germany party – also showed up. Abkhazia’s post-Soviet separatist peers South Ossetia, Nagorno-Karabakh, Transnistria, as well as Ukraine’s twin breakaway territories of Donetsk and Luhansk also dispatched monitors.

All declared the vote democratic.

Georgia, on the other hand, called the balloting illegitimate since it disenfranchised Georgians driven out of Abkhazia in the 1990s. “With hundreds of thousands expelled from Abkhazia as a result of the ethnic cleansing there […] the ‘election’ obviously cannot have legitimacy, especially since the occupying force [Russia] controls the area and has virtually unlimited power,” said Vladimer Konstantinidi, a spokesperson for Georgia’s Foreign Ministry.

The European Union and United States also dismissed the election as illegitimate.