Abkhazia: Rediscovering Sukhumi's Past through Its Architecture 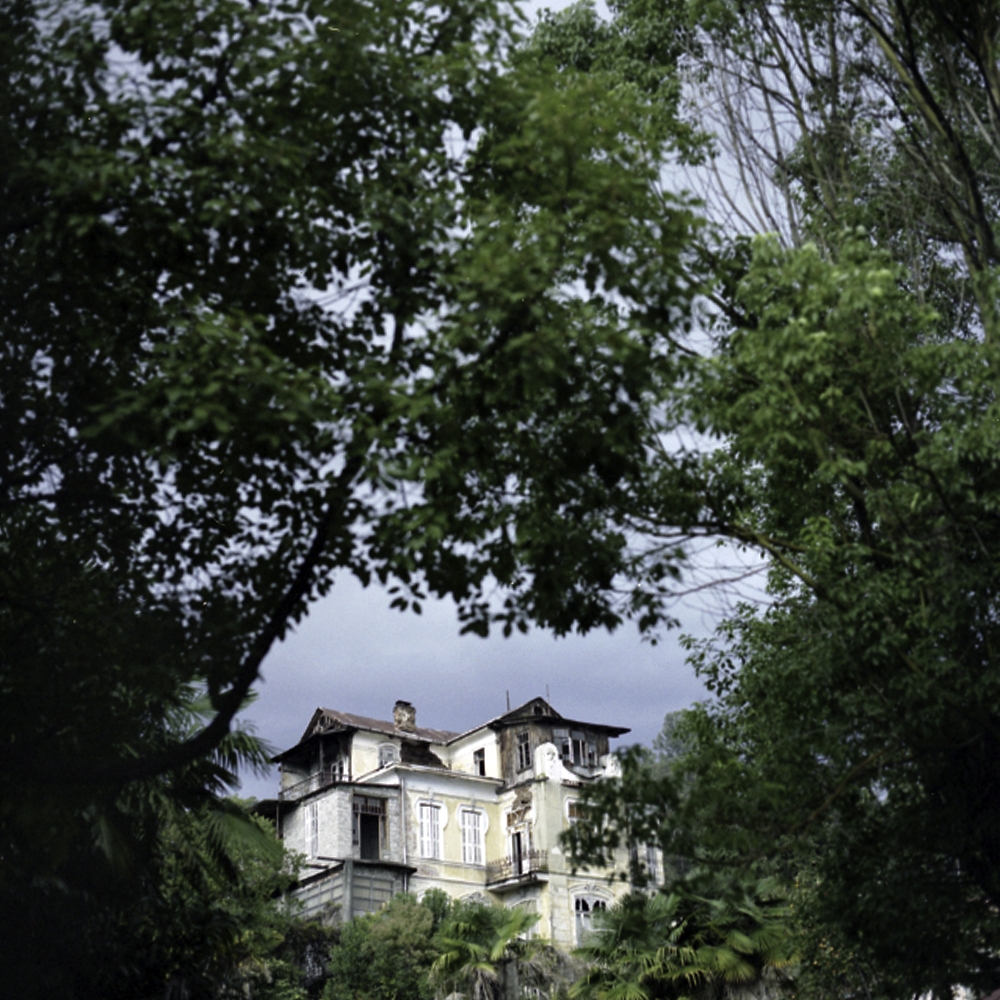 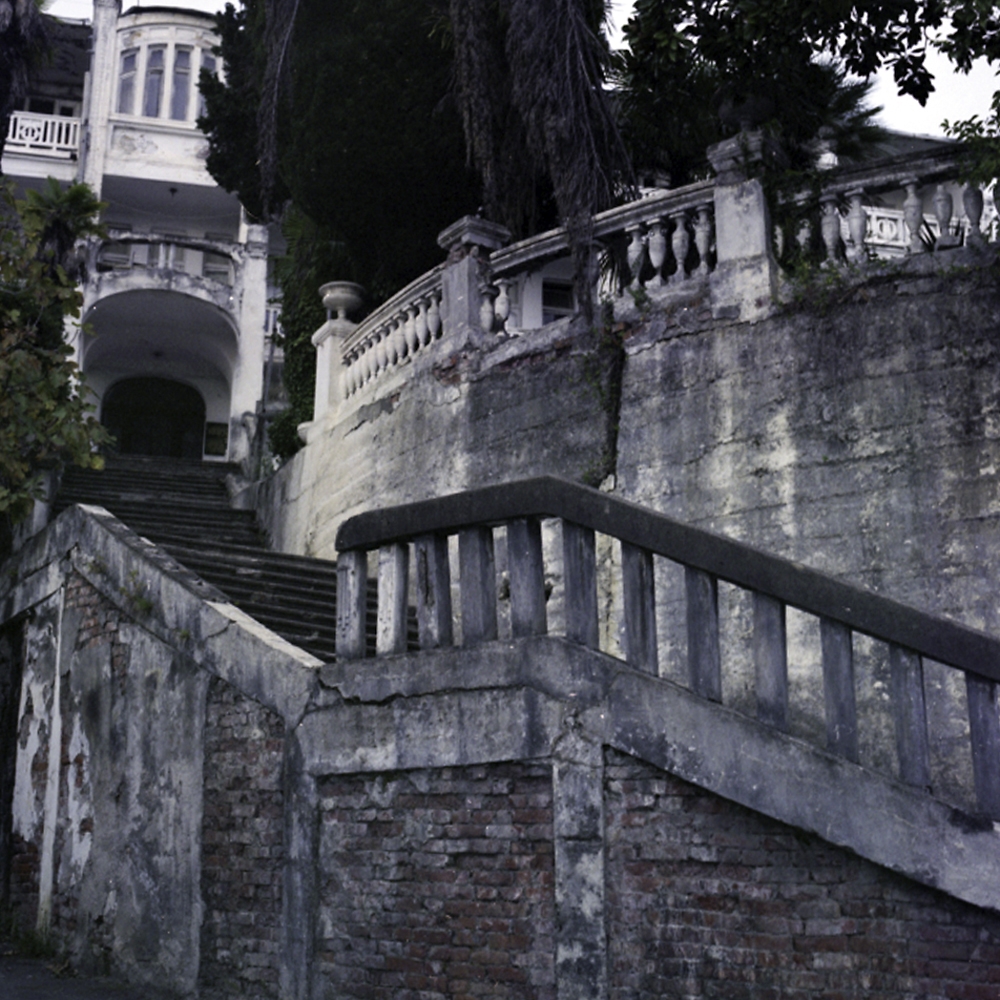 Steps lead up to the former Azra Sanatorium, now serving as the Institute of Alternative Medicine. 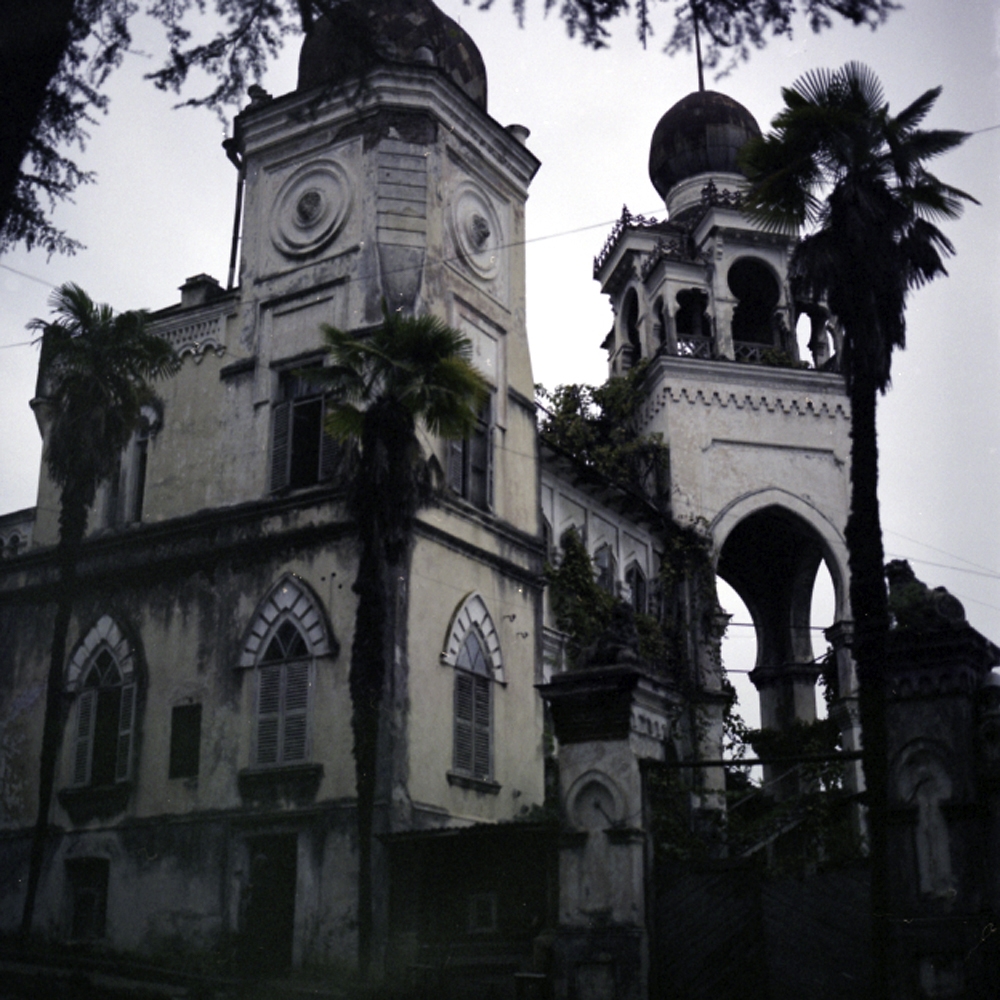 In desperate need of renovation, the Aloizi Villa, from 1896, dominates the city skyline of Sukhumi. 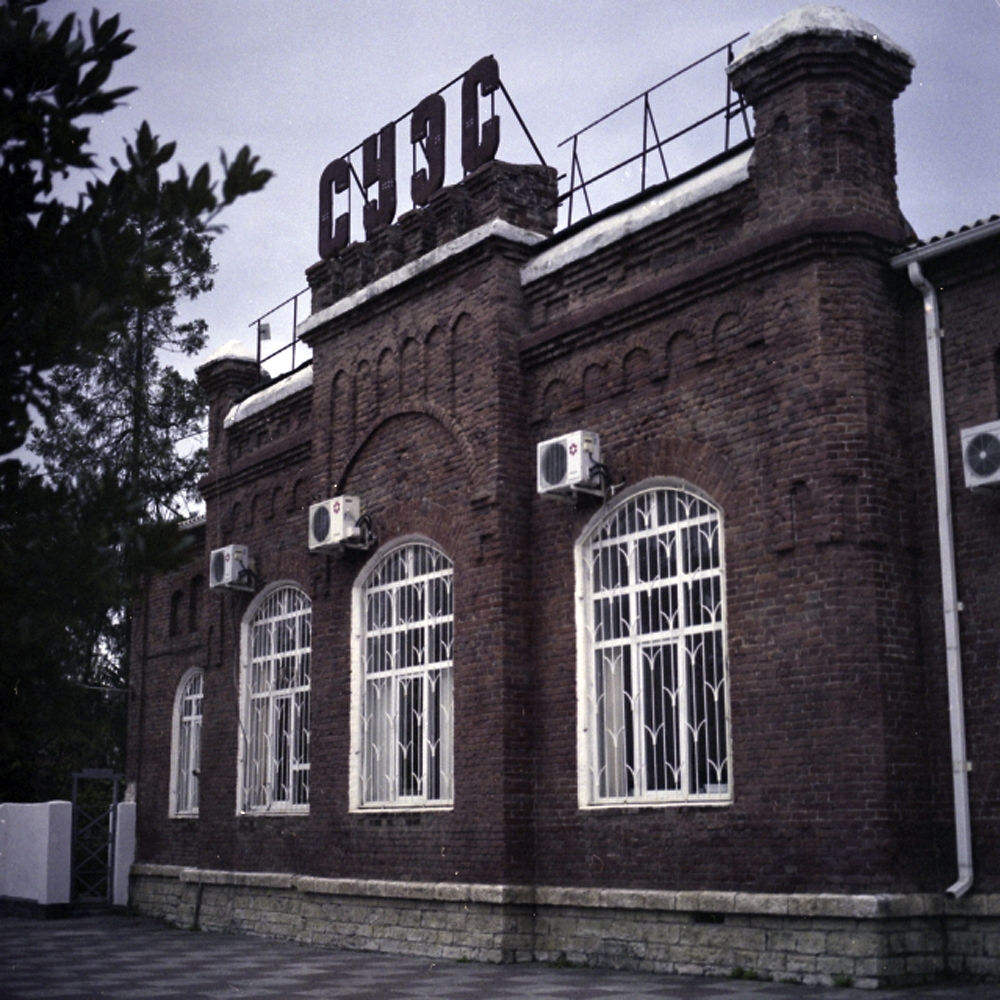 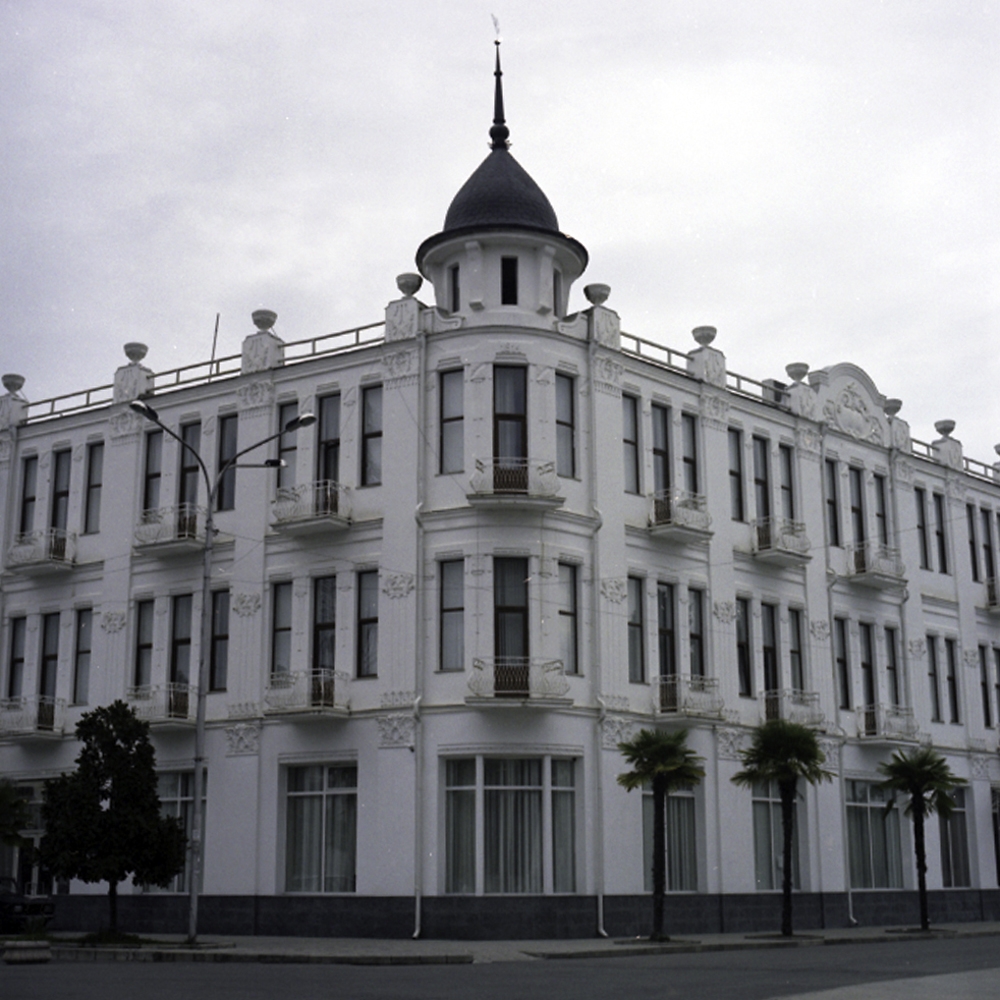 The Hotel Ritsa - former San Remo Hotel - is where Leon Trotsky delivered a speech on Lenin's death in 1924. 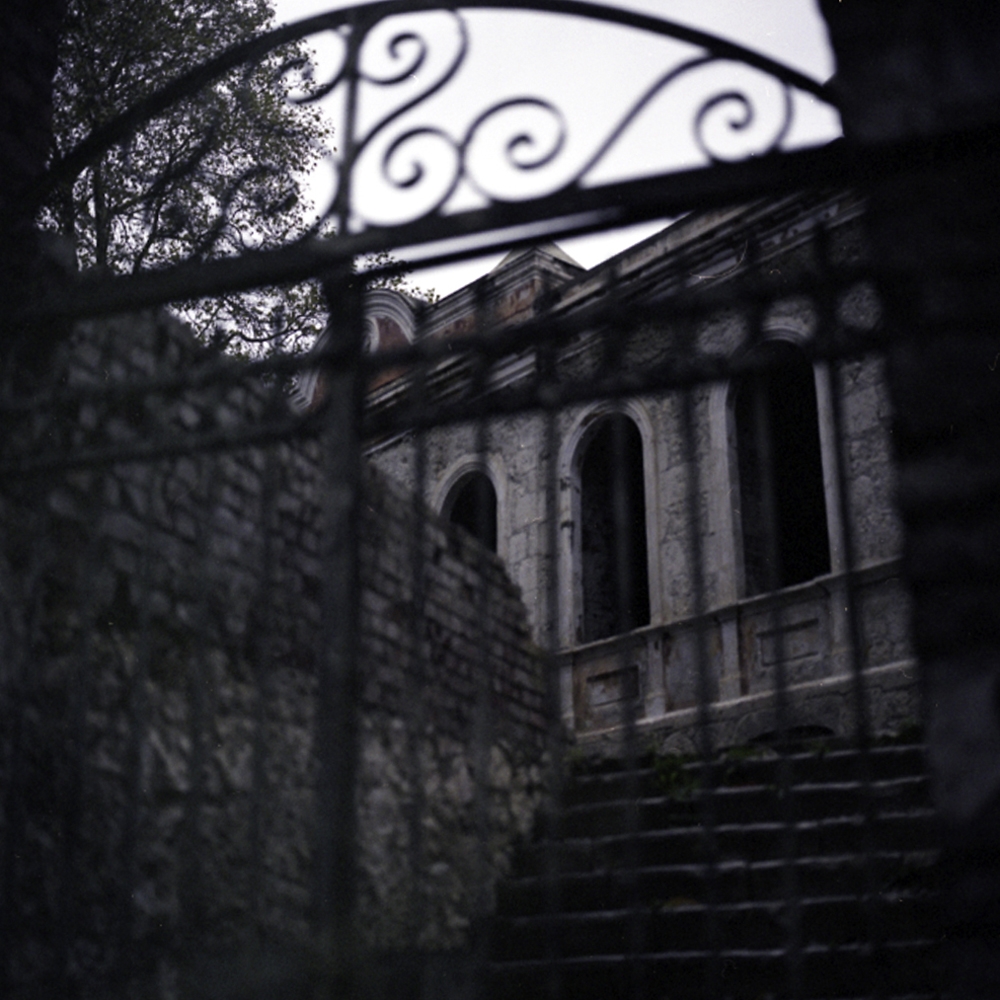 Many historical homes, villas and buildings remain in various stages of renovation and recovery. 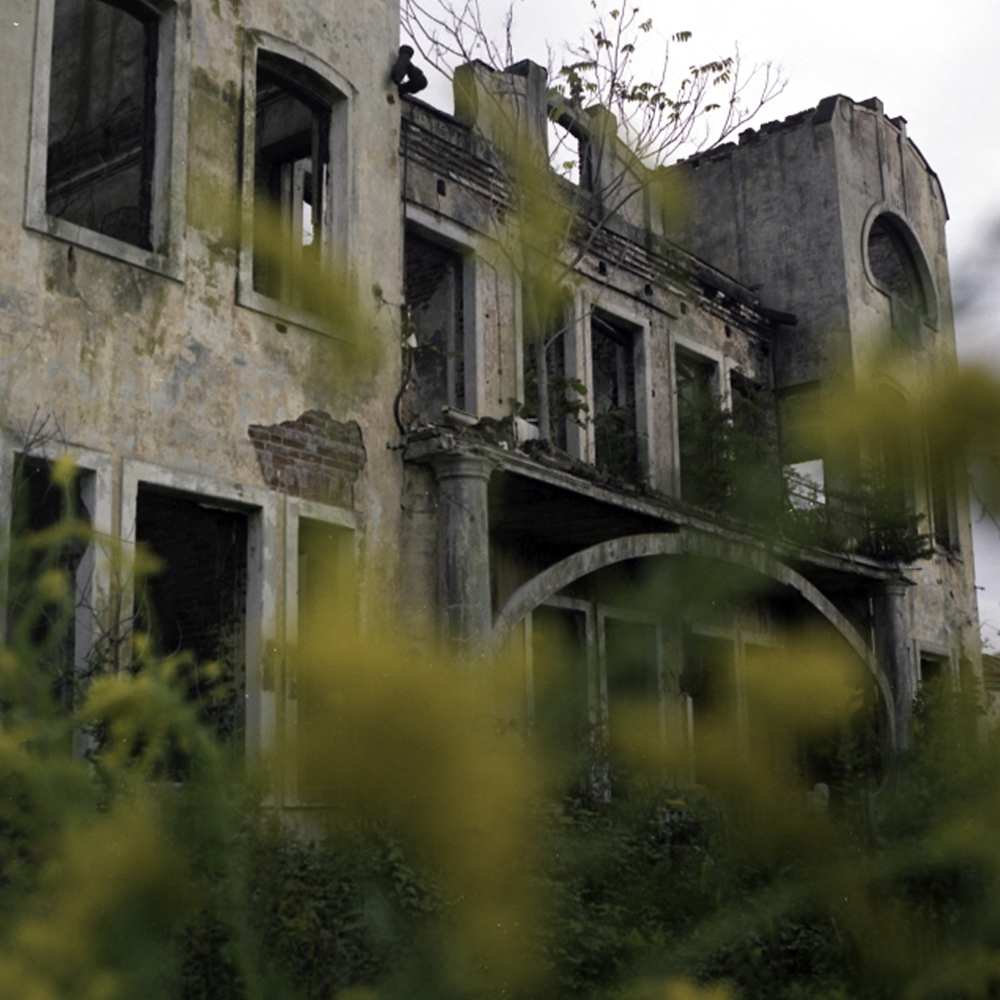 Colonel General Averkiyev's villa, from 1905, was heavily damaged when a helicopter crashed into it in 1992. 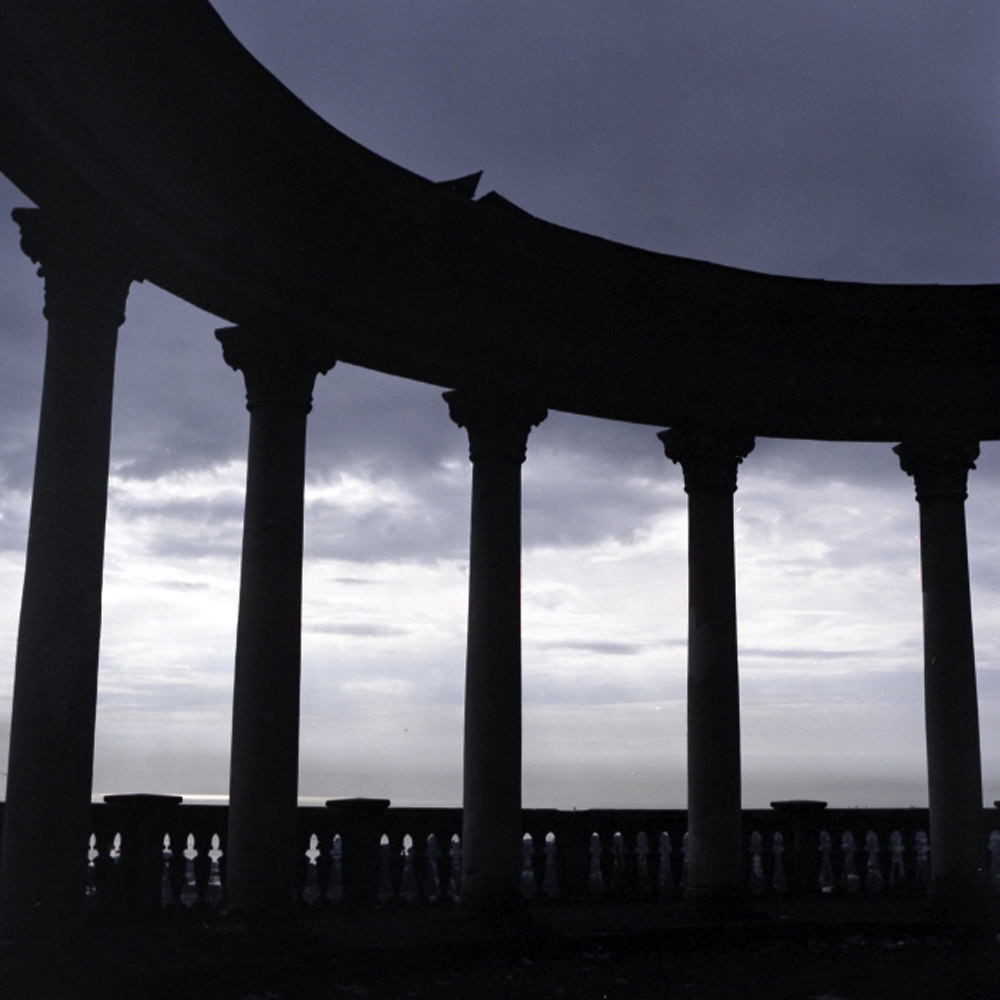 Halfway up a hillside, columns and a gateway overlook Sukhumi and the Black Sea. 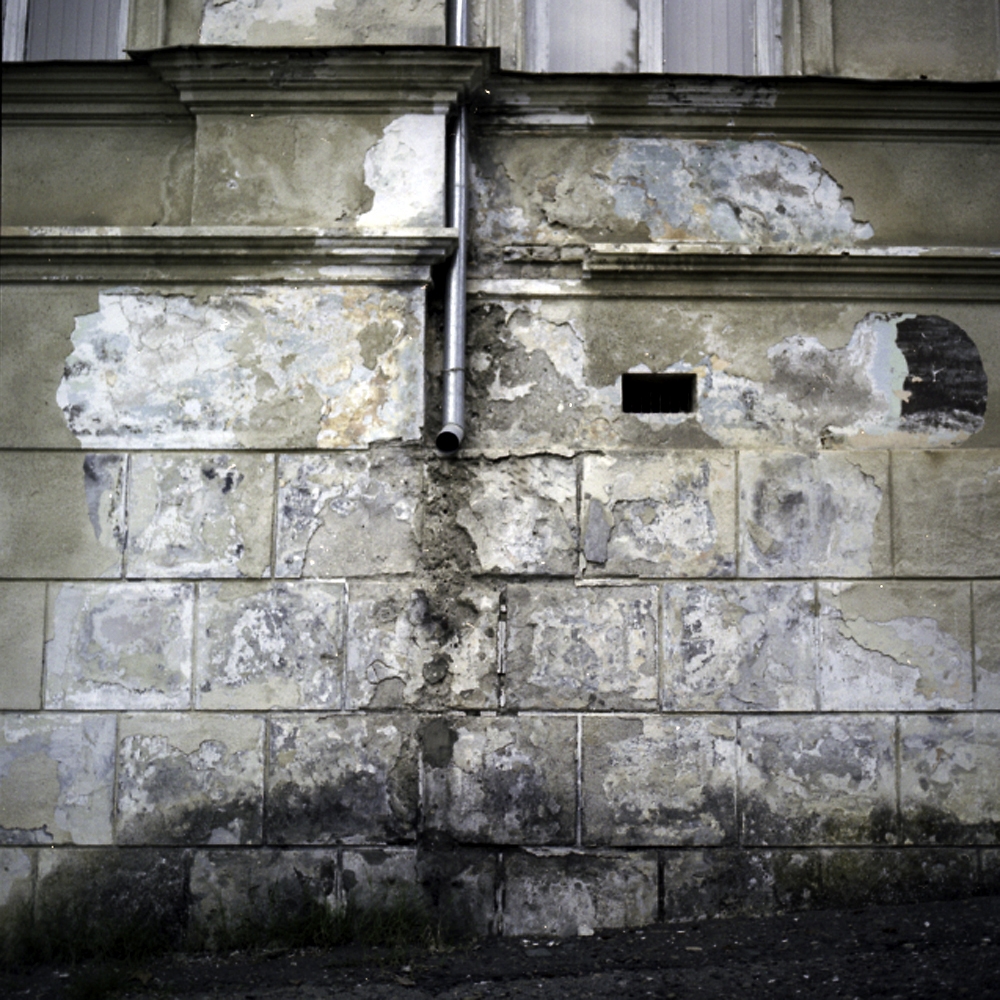 Most of the facades of the historical buildings in Sukhumi suffer from weather damage. 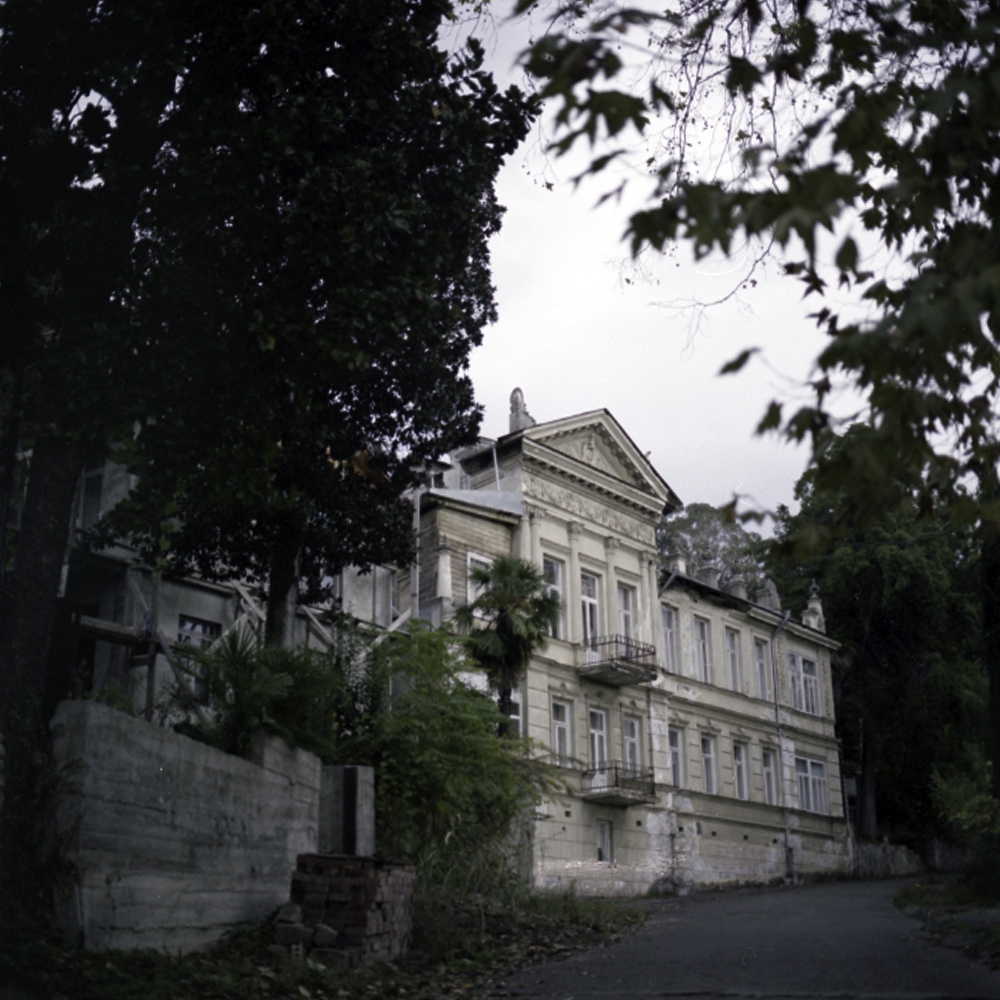 A council of architects, historians and other specialists consider buildings for inclusion in the historical registry. 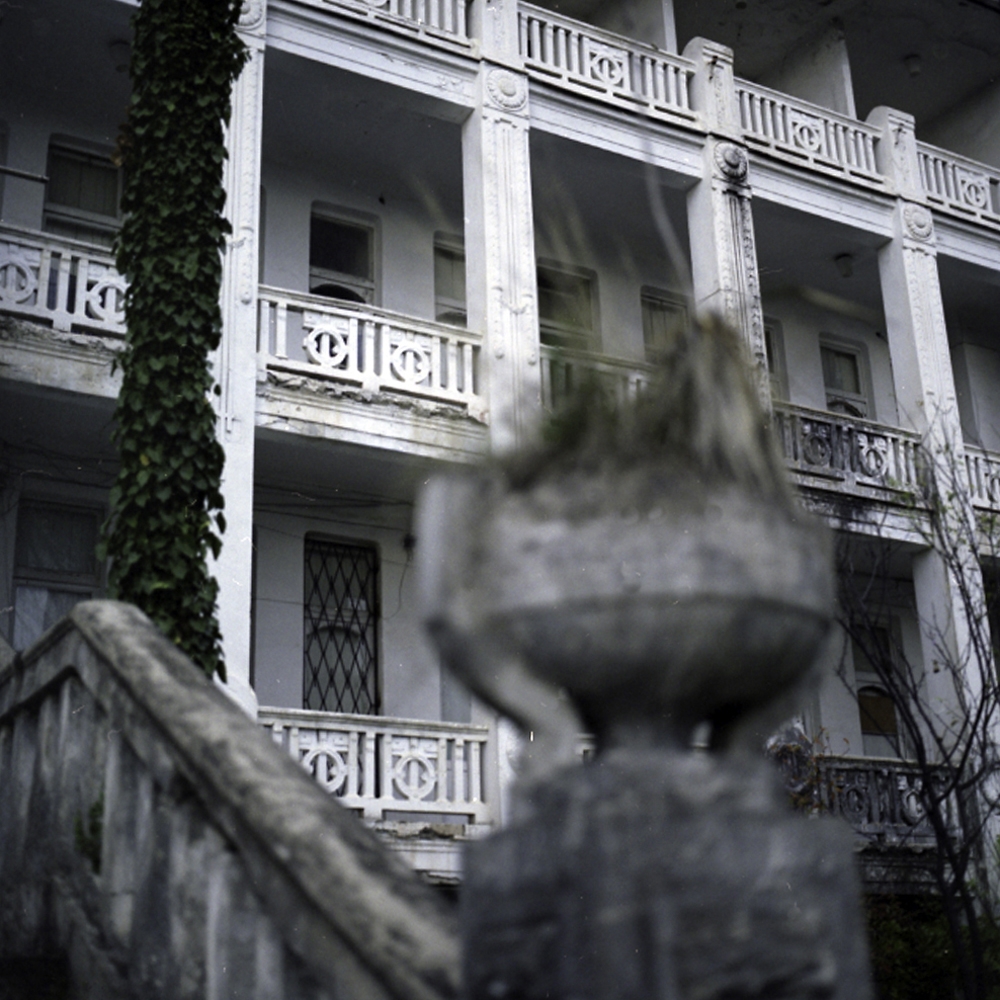 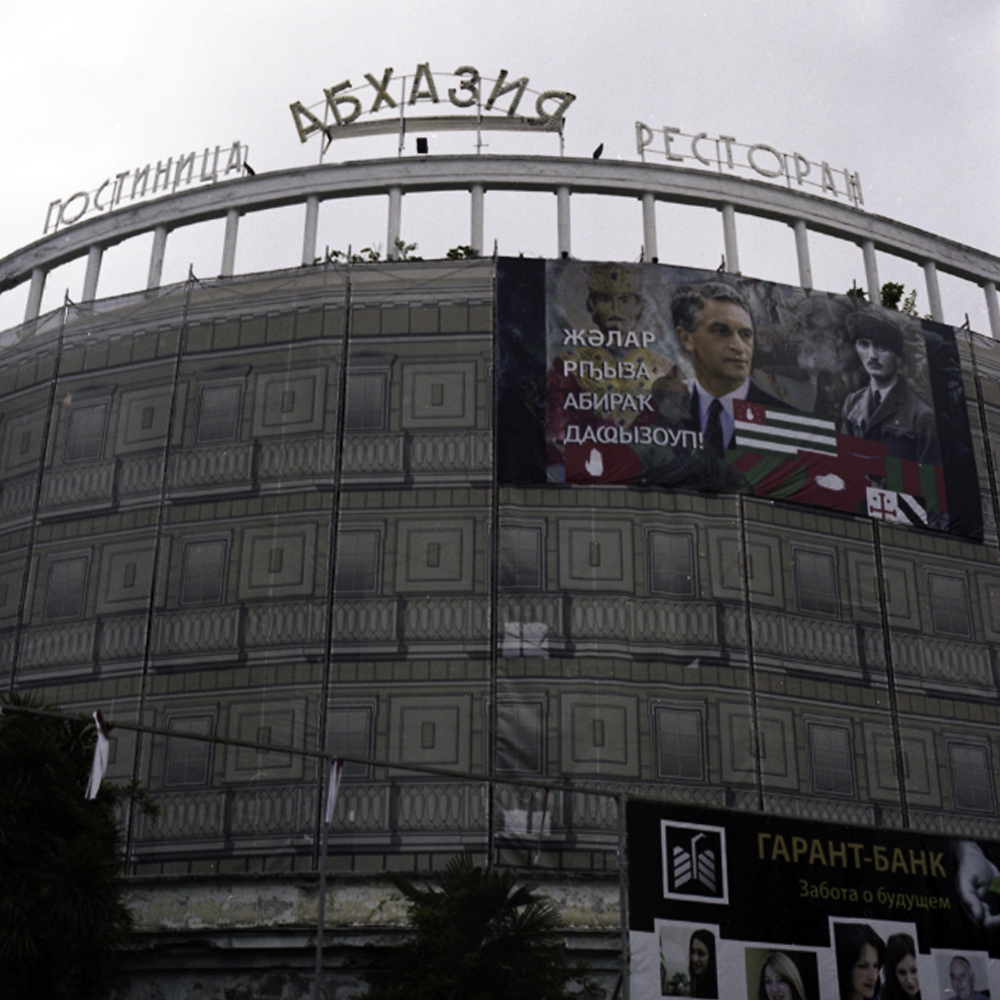 A painted canvas drapes down the front of Hotel Abkhazia, which was damaged by fire in 1985 and closed. 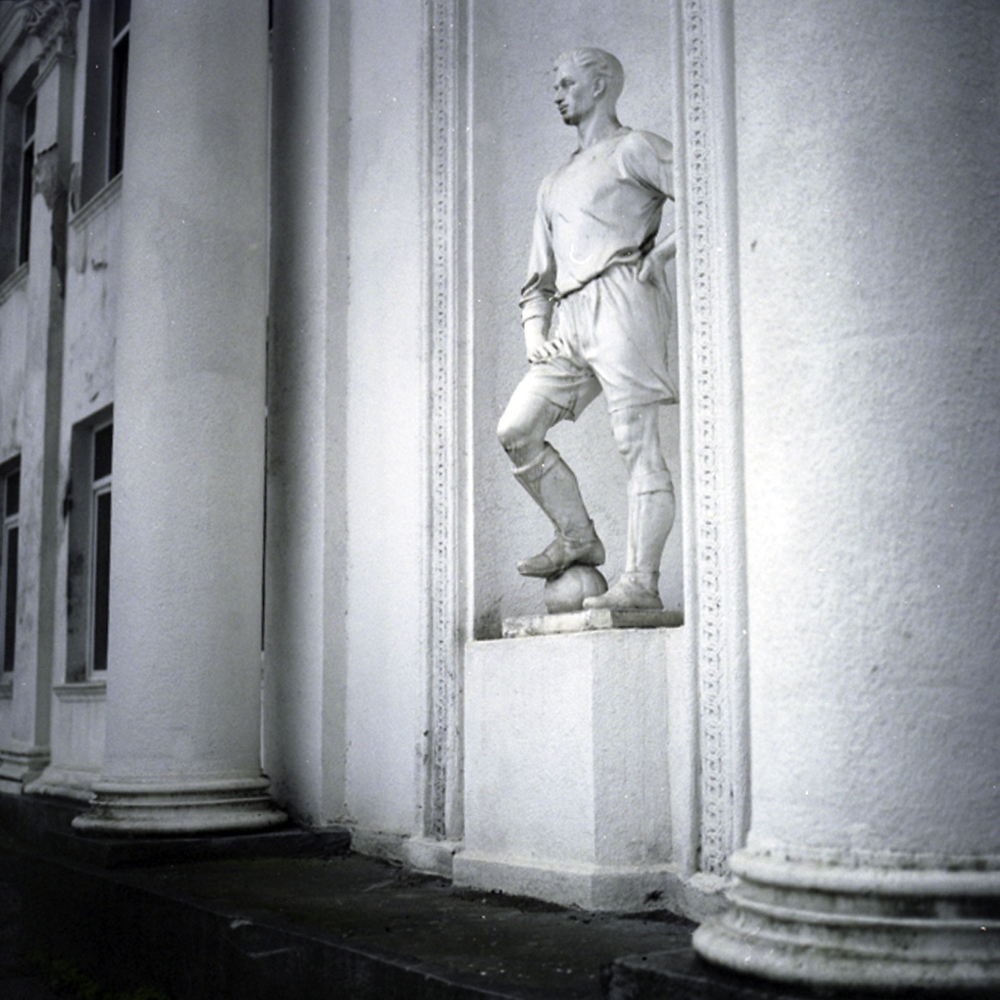 An all-white neo-classical building at a main intersection leading into the center of Sukhumi features statues of athletes. 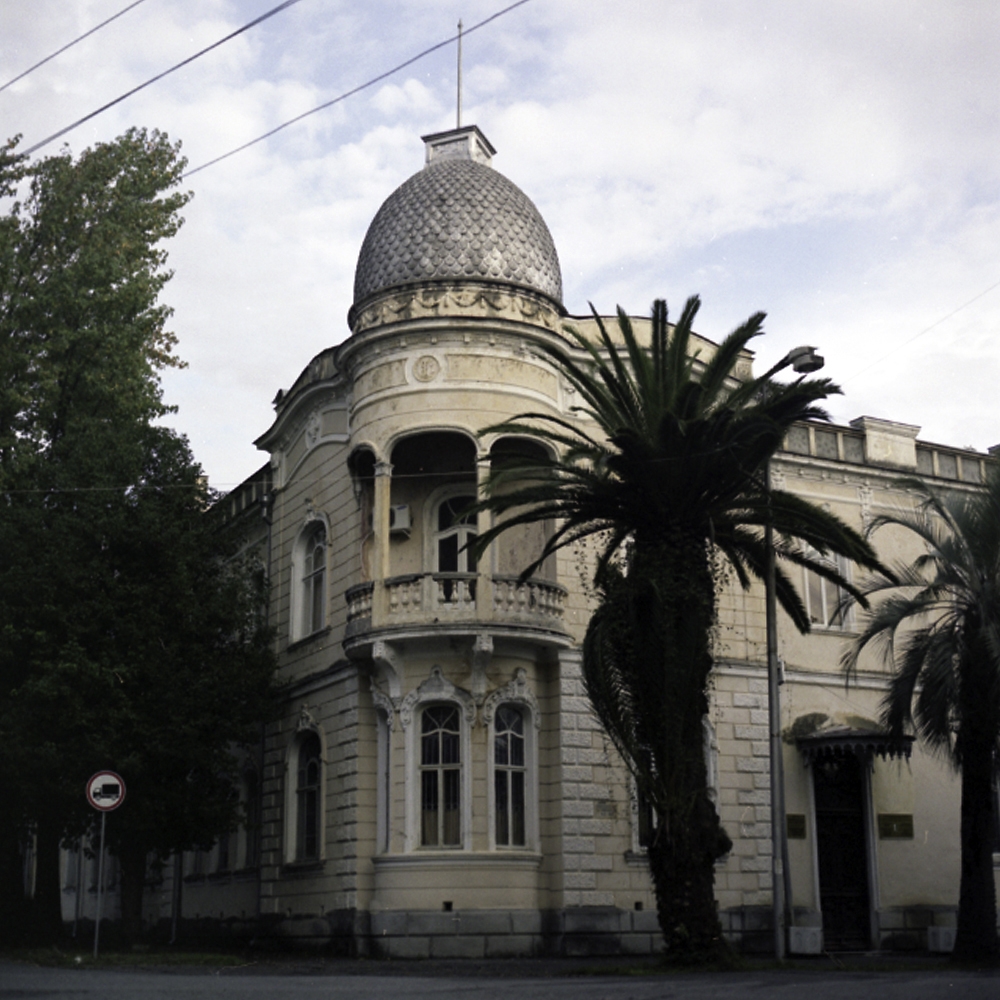 The Samuridi Villa, from 1912, now contains the Institute of Humanities. 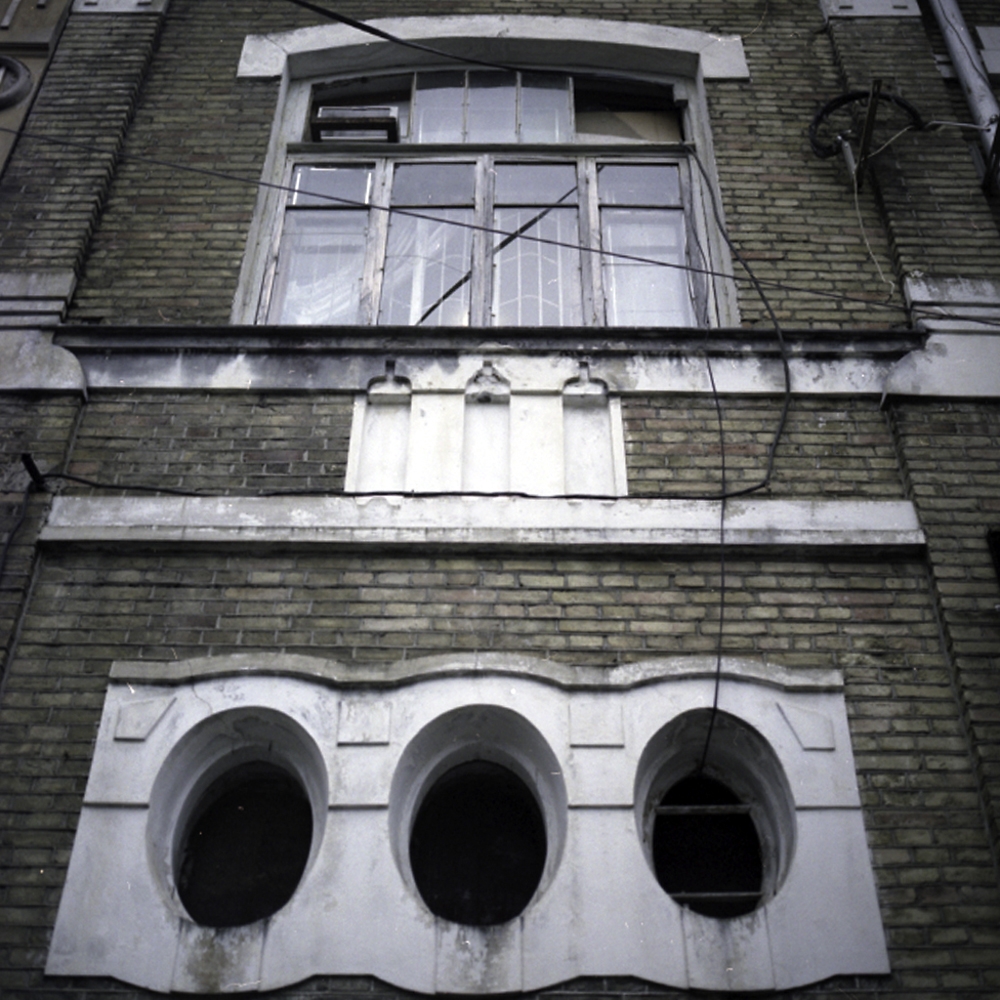 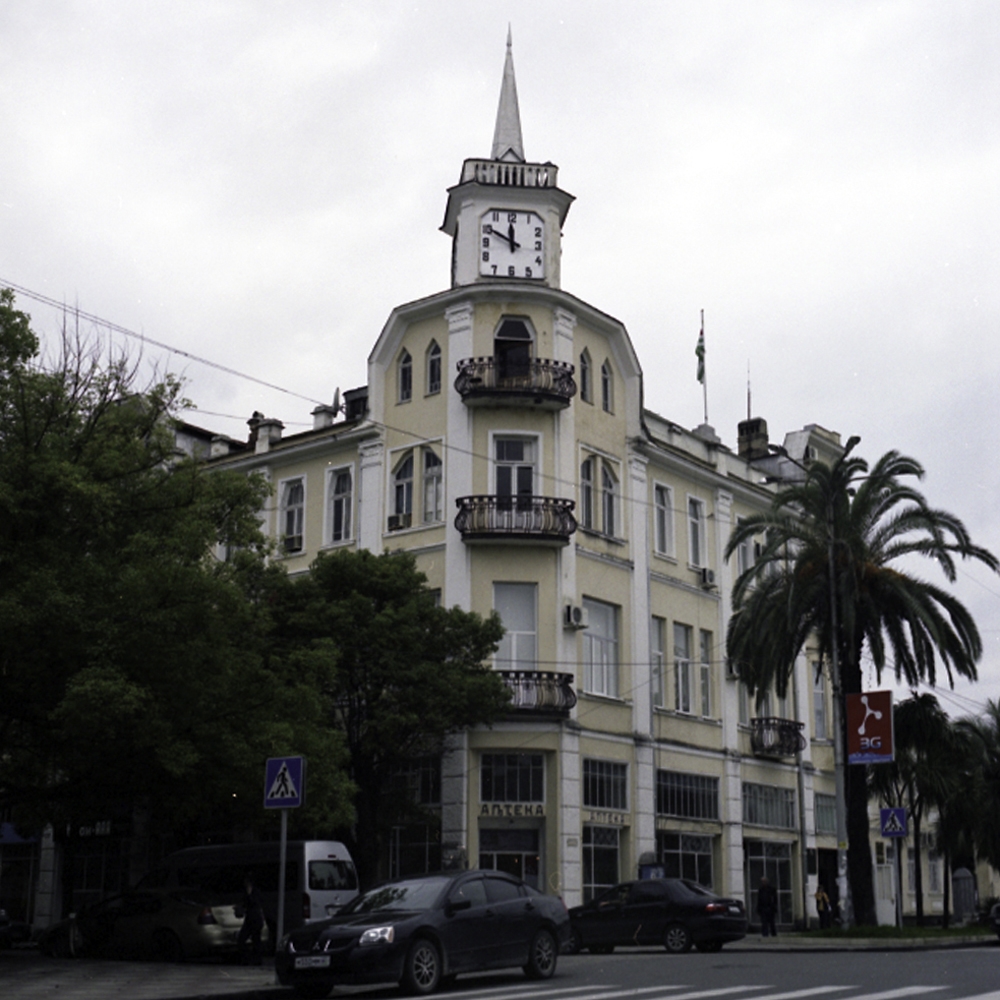 The Mir Tobacco Company building, from 1914, is now the center for the city administration. 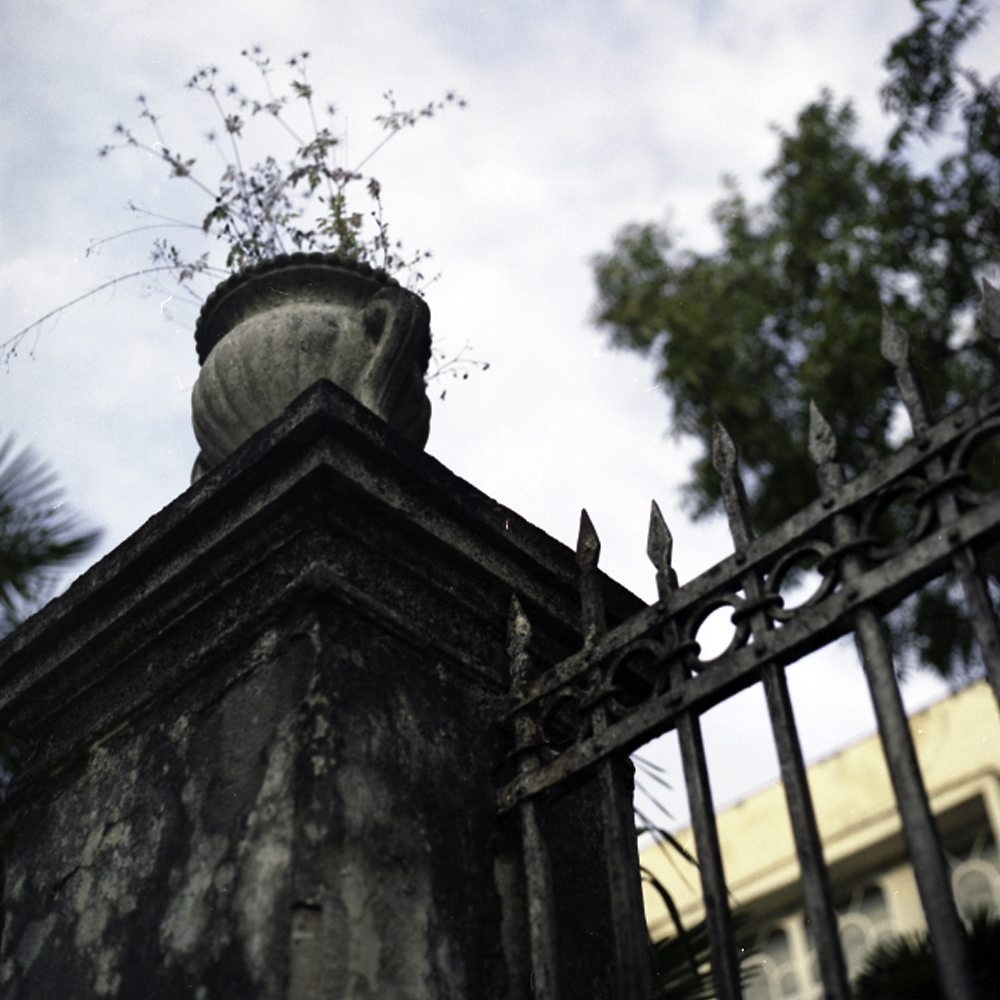 Many of the homes are surrounded by ornate iron fences; the gates are often flanked by stone vases. 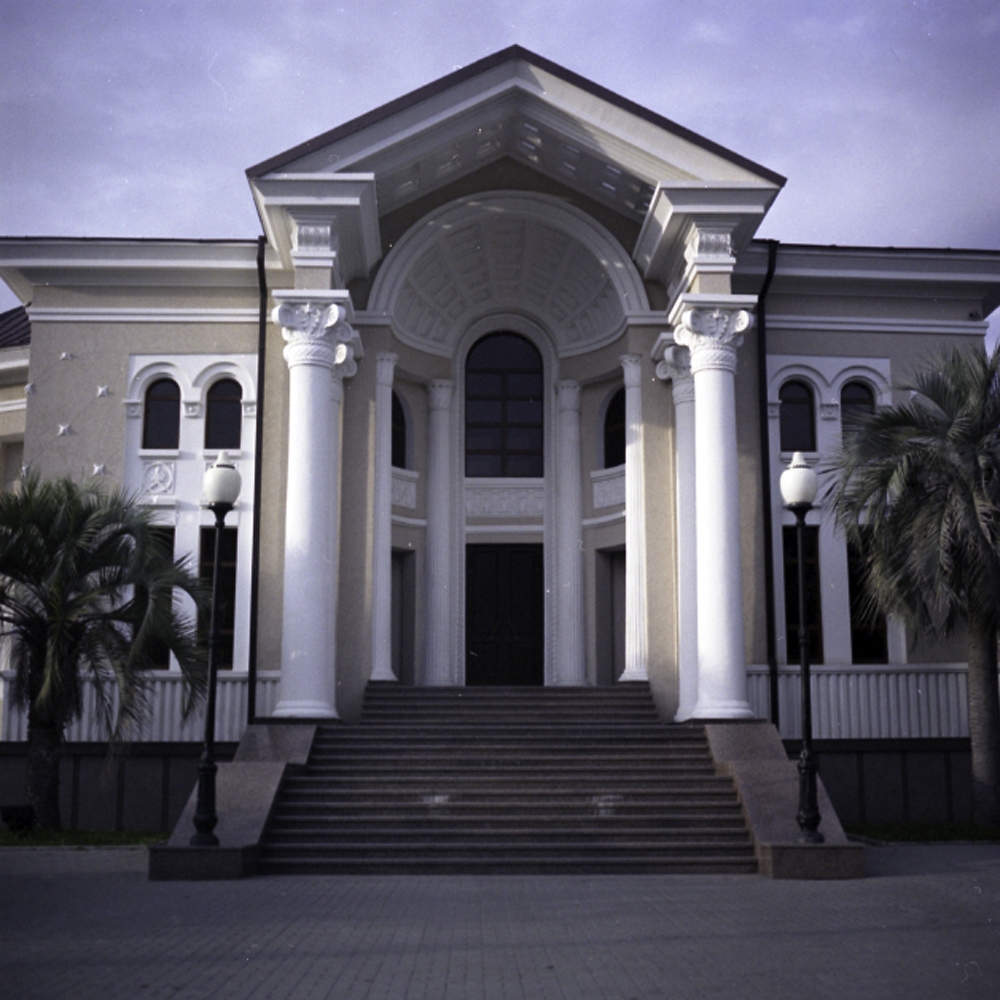 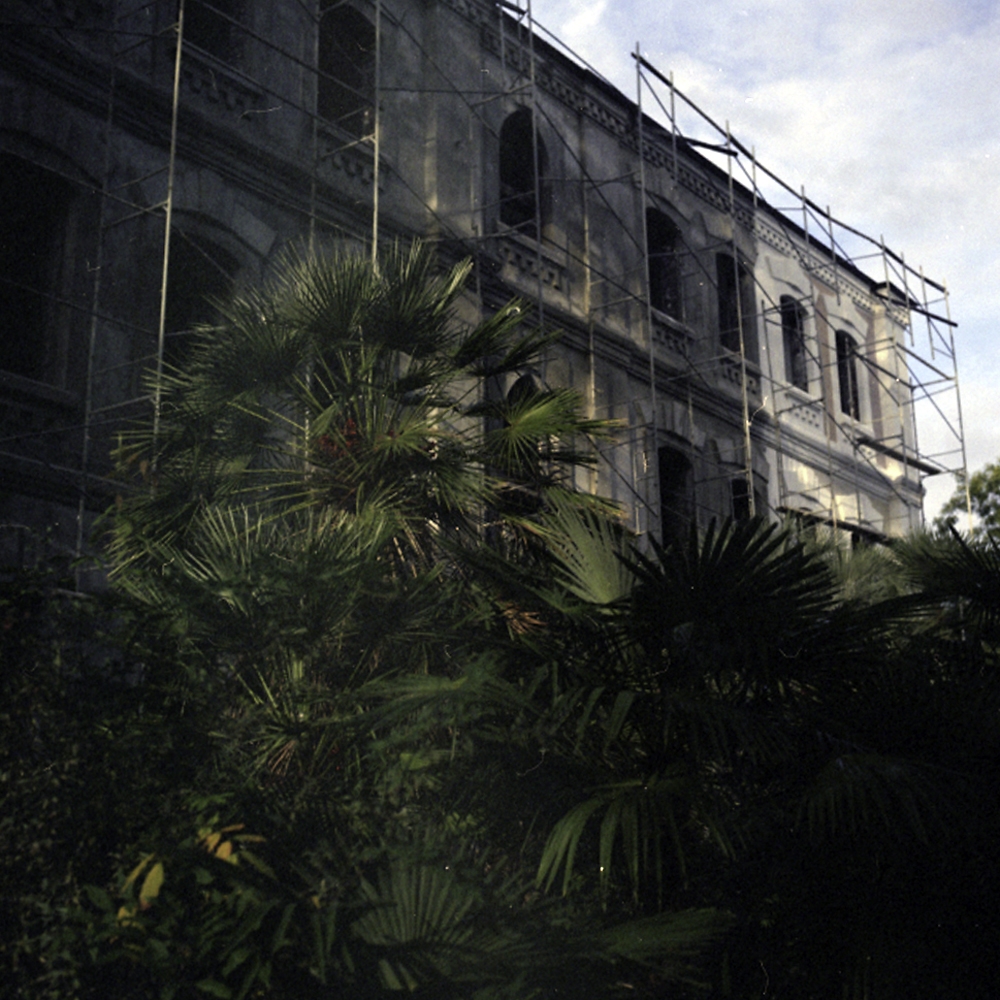 Palm trees and scaffolding surround a building still undergoing repairs to its facade. 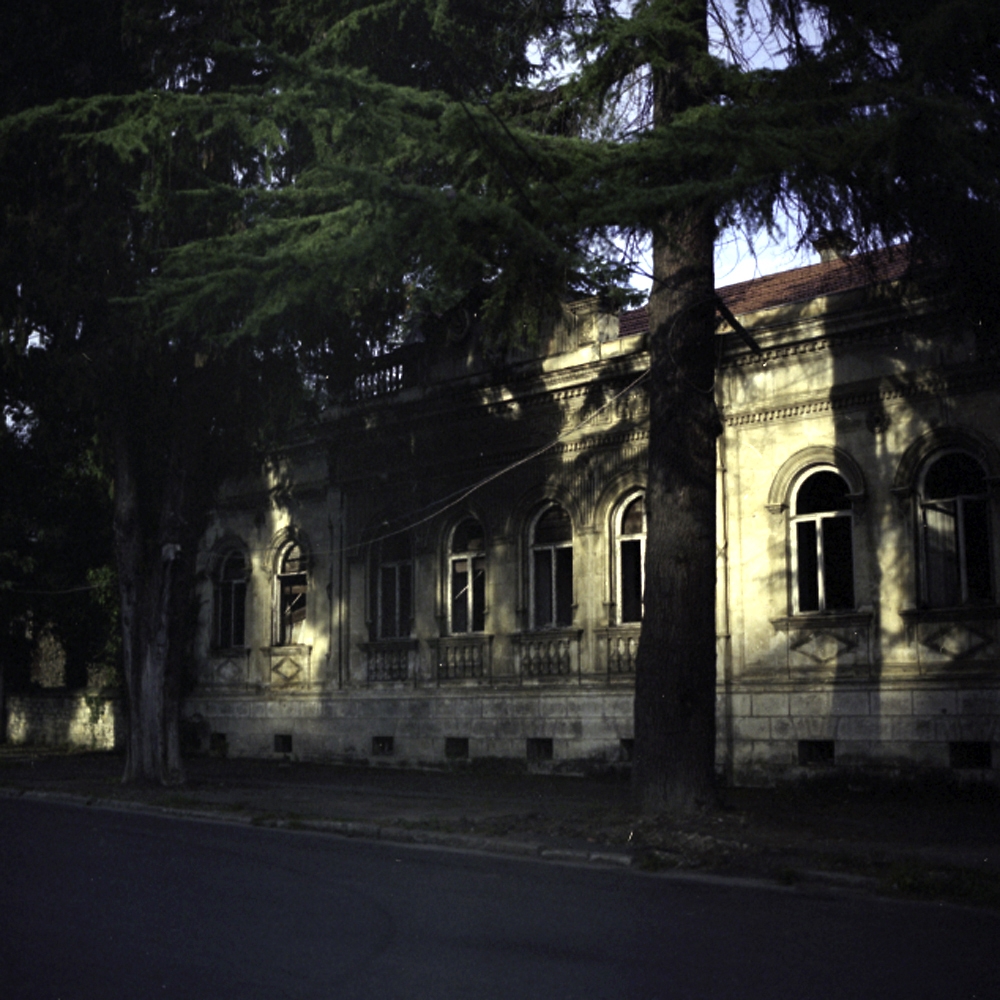 The Dal House, from 1896, was partially reconstructed during the Soviet era, but is now abandoned.
prev
next

The Abkhaz capital of Sukhumi these days amply illustrates French novelist Marcel Proust's maxim that houses are a “fleeting” receptacle for memories. But local authorities are out to prove Proust wrong by launching a campaign to preserve historic homes and restore the resort city’s faded Tsarist-era grandeur.

At the center of that quest stands a fanciful, three-storey, late 19th century villa that, in its present state of decay, almost brings to mind the ghostly mansion from the 1960s US television sitcom The Addams Family.

But this is no make-believe mansion. The 115-year-old Aloizi Villa -- a mixture of “romantic modern, neo-Gothic, Moorish and pseudo-Russian” styles, wrote Abkhaz historian Anzor Agumaa in an English-language guide to the city’s architecture -- is seen as a symbol of Sukhumi itself; its cupola-topped tower a standard illustration in Abkhaz travel guides.

Uninhabited for years aside from the odd vagrant, Aloizi is now returning to life under a deal that could prove a test case for the preservation of Sukhumi’s crumbling collection of registered historical buildings. In exchange for an agreement that the residence be restored to its original design (the work of architect Alexander Sinitsin), the de facto government has turned the mansion over to private ownership.

Preparations for the restoration began in late June, with 10 trucks of debris hauled from inside the house over two days, Abkhazia’s de facto state news agency Apsnypress reported.

“Obviously, we can’t afford to restore it ourselves. So we asked a businessman to do it if he follows this plan,” said de facto Prime Minister Sergei Shamba in an interview with EurasiaNet.org in late 2010. The architectural plan he showed depicted an Aloizi reborn in gleaming white, adjoined by a gated garden and fountain. Citing the early stage of negotiations, Shamba declined to identify the mansion’s proposed buyer.

Like most locals eager to preserve Sukhumi’s architectural past, Demur Bzhaniya, the director of Abkhazia’s de facto Historical-Cultural Preservation Administration, speaks of the villa almost like an old friend who has fallen on hard times.

“The buildings reflect their epoch,” said Bzhaniya, who, as a child, frequently visited Aloizi, а multi-family residence for most of the Soviet era. “Wealthy people didn’t build one size fits all . . . Each house is individual.”

That individuality comes in various stages of restoration and decay.  Local preservationists point with pride to the restored Hotel Ritsa, where, in 1924, Bolshevik leader Leon Trotsky delivered a speech from a seaside balcony to commemorate Vladimir Lenin’s death. Work is also underway on an overhaul of the Abkhaz State Museum, once a bishop’s residence; the villa that houses the Sukhumi botanical garden administration, and the city’s main cathedral.

Other buildings have weathered the effect of war and decay less well. Its windows gaping holes, the whimsical Art Nouveau villa once owned by Ballets Russes set designer Prince Alexander Chachba appears one strong wind away from collapse. Several blocks away, in the 1912 Samuridi Villa’s foyer, a single light bulb illuminates delicate ceiling frescoes nearly obscured by soot and moisture.

Defining Sukhumi’s architectural identity, though, is no easy task. Architectural archives were destroyed during the 1992-1993 separatist war with Tbilisi, leaving preservationists to depend primarily on what they can see and secondhand memories. “We’ve lost their historical identity,” sadly commented enthusiast Ruslan Tarba, flipping through a collection of old photos of Sukhumi’s pre-Soviet buildings.

Keeping what remains safe from any glass-and-steel onslaught linked to the 2014 Winter Olympics in Sochi, the Russian Black Sea city some 140 kilometers down the road, also has become a prime concern for some preservation activists.

“Big money brings with it big seductions,” commented Nadezhda Venediktova, editor of the Civil Society Journal. “For educated people, Sochi is not a model, but for young people who can go there, it’s the megapolis.”

The average sales price for a one-room apartment in Sukhumi’s historic center already stands at roughly 1.5 million rubles, or about $53,424, said one Sukhumi realtor who asked not to be named; enormous money in a region where monthly salaries can average not much more than $100.

She is not alone. Sukhumi’s city council has banned buildings more than 16 meters tall and the construction of buildings 200 meters or less from the seashore. But activists complain about the lack of a general urban renewal scheme.

Bzhaniya cites the lack of restoration specialists, and the damage done by war, time and weather as the biggest obstacles to preserving these buildings.

“We’ve got 200 architectural monuments in Sukhum alone,” he said, using the Abkhaz version of the city’s name. “We can’t restore all of them. There’s interest in the business sector in conservation, but it’s very expensive . . . we have to consider carefully.”

Preservationists urge careful consideration, but, also, action. “If today we don’t preserve what our ancestors left us, “ one online essay quoted Sukhumi architecture guide author Agumaa as saying, “tomorrow our descendants will scratch us out [of history], too.”