The surprise resignation followed four days of protests and the intervention of two senior Russian officials. 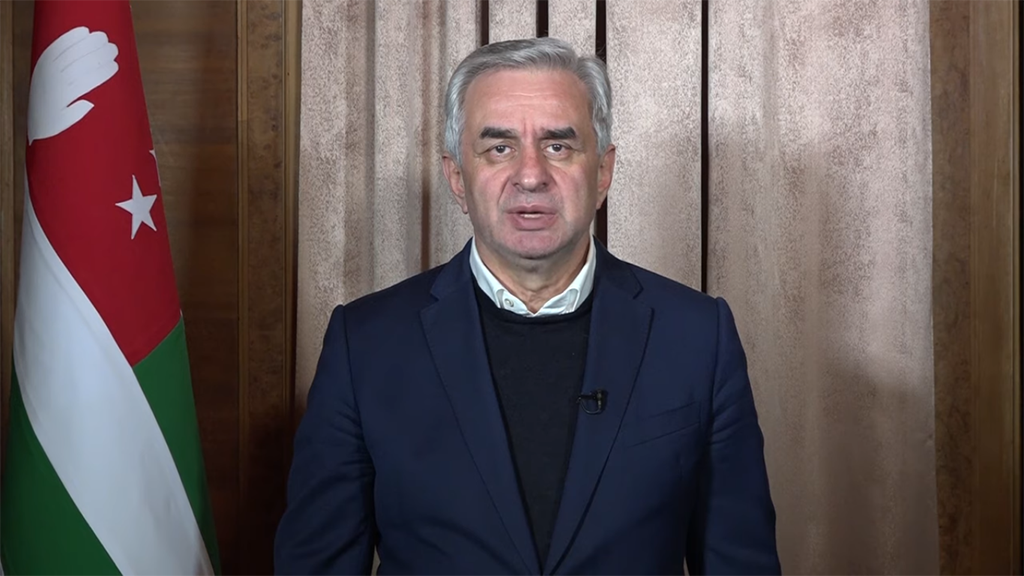 Abkhazia’s de facto leader has resigned after Russian officials brokered negotiations between him and opposition figures, setting the stage for new elections in March.

“I am abdicating the presidency in the name of stability in the country,” Raul Khajimba announced on the evening of January 12. The resignation followed four days of protests in Abkhazia over the contested results of last year’s presidential elections and the arrest of one of Khajimba’s bodyguards for murder. The territory’s parliament, including Khajimba’s erstwhile supporters, had called for him to step down.

Earlier in the day, Khajimba met with several members of the political opposition. The meeting was brokered by the deputy secretary of Russia’s National Security Council, Rashid Nurgaliyev, who had arrived in Abkhazia two days earlier and had been meeting separately with officials in the government and opposition.

Another senior Russian official, Vladislav Surkov, an adviser to President Vladimir Putin, arrived in Abkhazia on January 12. “The goal of his visit is to iron out the situation,” Abkhazia’s de facto vice president Aslan Bartsits told the Russian news agency TASS.

Meanwhile protesters, who on January 9 had broken into and occupied the presidential administration building, had moved on to Khajimba’s official residence and continued to call for his resignation.

New elections were scheduled for March 22. No replacement for Khajimba was immediately named.

While Abkhazia’s political crisis appears largely homegrown, the swift dispatching of Nurgaliyev and Surkov to help resolve it underscored the Kremlin’s interest in preventing events from getting out of control in its protectorate. Abkhazia is recognized by most of the world as a breakaway part of Georgia, but Russia and a handful of allies consider it to be an independent state. Abkhazia receives heavy financial and military backing from Russia.

Aslan Bzhania, an opposition leader who now appears to be a leading candidate in the do-over elections, praised the Russians’ role while appearing to try not to overstate it. “Nurgaliyev and Surkov are very experienced,” he told local journalists following Khajimba’s resignation. “They respect Abkhazia’s sovereignty, and for them there are sharply drawn lines which they are not going to cross.”

“Hours of difficult talks with mediation of two senior Russian envoys brought results only after a mob of angry people approached the residence of Khajimba,” wrote Olesya Vartanyan, a Tbilisi-based analyst for the International Crisis Group, on Twitter.

In the last election, Bzhania was a leading candidate until he came down with a mysterious illness, which he said was poisoning and for which he blamed Khajimba. Last week, Bzhania returned to Abkhazia from Moscow, where he had been receiving treatment. Bzhania “most probably” will be the main opposition candidate in the upcoming elections, and “should have few problems” winning, Vartanyan said.

Local analysts said that the protests were sparked by Abkhazians’ growing disillusionment with the stagnation and rising lawlessness in the territory, exemplified by Khajimba’s bodyguard’s apparent involvement in an organized-crime shootout in November.

“The country needs not cosmetic reforms, but more serious changes, we need to change the administrative system, the state structures need to be modernized or built from scratch,” Tengiz Jopua, a political analyst, told TASS. “Now they are incapable of regulating the economic situation or providing public order.”