The current de facto leader of the territory denies the accusations that he was behind the alleged assassination attempt. 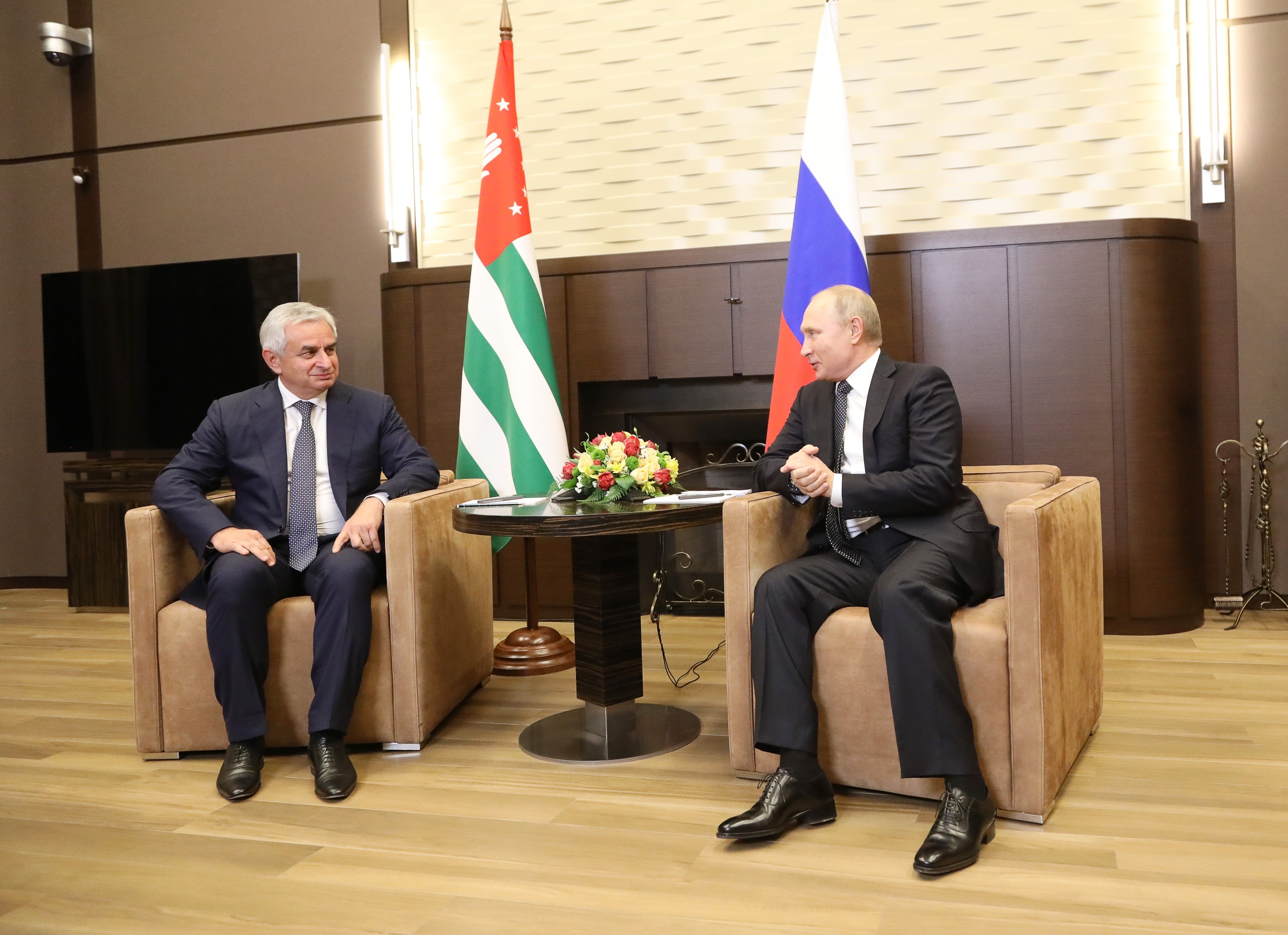 The alleged poisoning of a presidential hopeful has sparked mass protests and demands to postpone elections in Abkhazia, which had been scheduled for the summer.

On May 20, hundreds gathered in the Russian-backed breakaway region’s capital of Sukhumi to press the parliament to delay the election, slated for July 21, in order to give the candidate of the united opposition, Aslan Bzhania, time to recover from being poisoned. The demand was put to a vote in the 35-member parliament, but failed to pass. Protesters responded with threats of continued demonstrations and briefly blocked highways as a warning to the authorities.

Bzhania, a member of parliament tipped as the top challenger to incumbent Raul Khajimda, along with his two security guards, were all hospitalized in April. After doctors in Sochi, just over the border in Russia, were unable to determine a diagnosis, he was transferred to Moscow.

“According to the results of the analysis conducted in a laboratory in Munich, heightened levels of mercury and aluminum were found in Bzhania’s blood, as well as a heightened level of benzodiazepines and cadmium,” according to a statement issued May 17 by opposition forces.

Bzhania’s supporters claimed that President Khajimba and his government were behind the poisoning, and that the attack “was directly connected to the political activities of Bzhania, the undisputed favorite in the 2019 election campaign, with the aim of preventing his participation in the elections.”

Khajimba dismissed the allegations of poisoning and his part in it, describing the accusations as a deliberate attempt to destabilize the nation ahead of the election. “All of Mendeleev’s Table is present in the human body,” he argued, saying that excess of some chemicals does not necessarily indicate poisoning, let alone a deliberate one.

Both Khajimba and Bzhania have headed Abkhazia’s security services in the past and ran against one another for the presidency in the last election, in 2014. That election was a result of a revolution led by Khajimba, who prevailed in the poll, while Bzhania came in second.

Russia is one of the few countries to recognize Abkhazia as an independent state and bases thousands of troops there to prevent potential attempts by Georgia to reclaim the region, which seceded in the early 1990s. Tbilisi regards Abkhazia and another breakaway region, South Ossetia, as Georgian territories occupied by Russia, and consequently, elections in the territories as illegitimate.