The criticism from Abkhazia is rare, given its deep dependence on Russia. But a Russian media report about the “poisoning” of an opposition politician appears to have triggered Sukhumi. 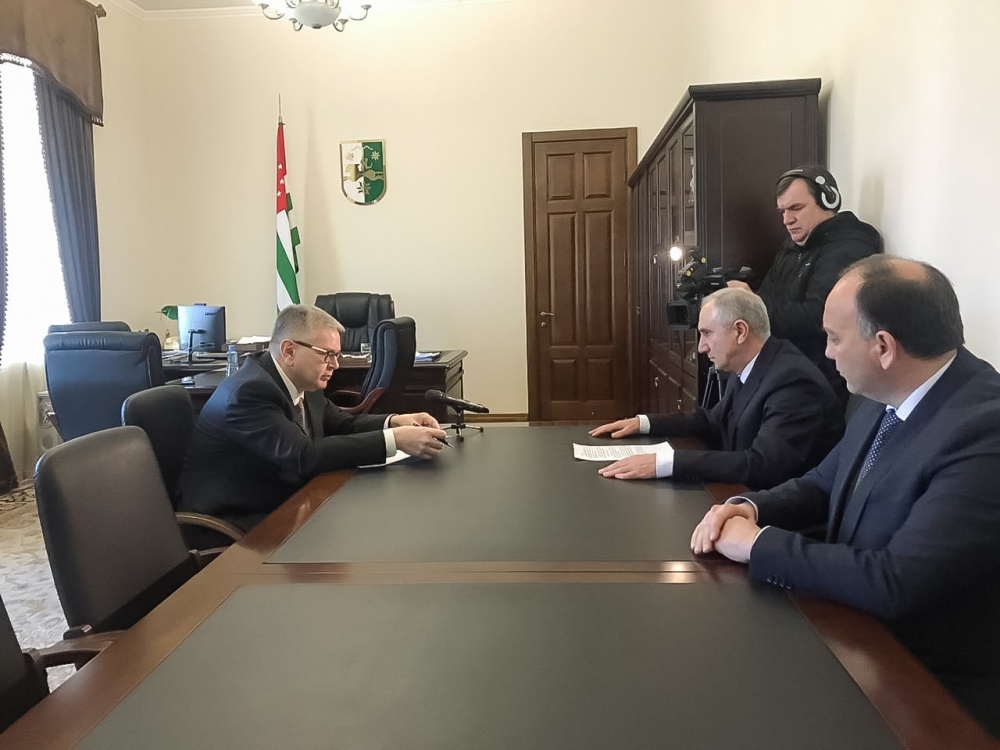 The kerfuffle was over a Russian media report that a leading candidate in the upcoming elections for de facto president of the largely unrecognized republic had been poisoned. The candidate, Aslan Bzhania, fell ill while in Russia on March 2, less than two weeks ahead of the vote. The fact that Bzhania had to drop out of elections last year because of another illness, which he had blamed on poisoning at the hands of the then-president, fueled speculation that something untoward may have gone on this time as well.

Those suspicions appeared to be borne out when the Russian news agency RIA Novosti reported the next day that Bzhania had been “poisoned by an unknown substance.” RIA’s informant was an anonymous “source in medical circles in Kuban,” the Russian region where Bzhania was hospitalized.

That prompted an angry reaction from Abkhazia’s acting leader, Valeriy Bganba, who the next day summoned Russia’s ambassador to Abkhazia and issued him a public dressing-down. Bganba said that the reports about the poisoning were “an overt attempt to destabilize the social-political situation in Abkhazia, which could lead to civil strife.”

He further demanded that Russia hand over any information it has about poisoning to the Abkhazian authorities, and (in what sounded like an attempt to call the bluff) to open a formal criminal case on the poisoning.

“Failure to meet our demands will be considered as an unfriendly act toward Abkhazia and we reserve the right to act in defense of the sovereignty and citizens of Abkhazia,” he concluded.

The ambassador, Alexei Dvinyanin, promised to convey Bganba’s concerns to Moscow and said that reports of the poisoning “if they occurred” were “absolutely false and fraudulent,” the press release from Bganba’s office said.

Concern about Moscow’s deep influence is not uncommon in Abkhazia, where many see Russia as merely the lesser of two evils (the other being Georgia, from which Abkhazia broke away in a civil war in the 1990s). But public, high-level criticism of this sort is unusual, given Abkhazia’s deep reliance on Moscow’s financial and military support. And it points to the seriousness of the crisis that has enveloped Abkhazian politics in recent months.

“This kind of rhetoric has never been seen in Abkhazia-Russia relations and should not be,” Bzhania’s campaign said in a statement responding to Bganba’s démarche. “It could have negative effects on bilateral relations and has nothing to do with the candidate Bzhania’s troubling health situation.”

The official reaction in Russia downplayed the accusations but seemed to gently admonish Bganba. “We are carefully following the development of the internal political situation in Abkhazia … we call on all participants in the election to refrain from unnecessary emotions and observe democratic procedures,” Russia’s Ministry of Foreign Affairs said in a statement.

The accusations “would be conveyed through diplomatic channels to Smolensk Square,” the Moscow headquarters of the MFA, “and will be reported to the leadership of the country and analyzed accordingly,” said Dmitriy Peskov, spokesman for Russian President Vladimir Putin, in response to questions from Russian newspaper RBK.

Meanwhile, official sources have denied the reports about poisoning. The hospital where Bzhania is being treated told the Russian news agency Tass that “there is no evidence of poisoning.” Abkhazia’s ministry of health told Sputnik Abkhazia that Bzhania had been diagnosed with double multi-lobar pneumonia.

One of other candidates in the upcoming election – currently scheduled for March 22 – has called for it to be delayed for a month due to Bzhania’s sickness. Thus far there has been no official announcement on a postponement.