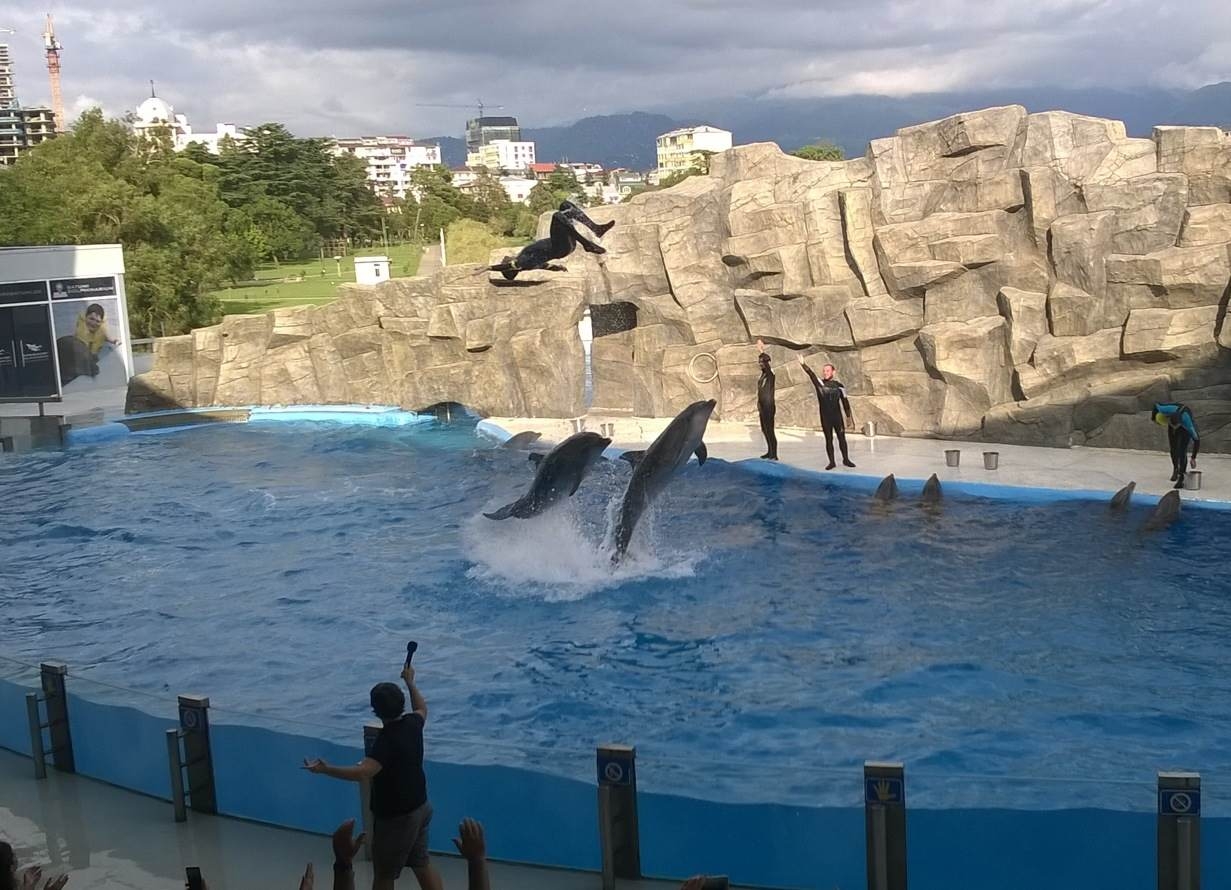 A recent scuffle between animal-rights activists and staff at a dolphinarium in the Black Sea city of Batumi has revived questions about conditions for captive animals in Georgia, where flooding of the country’s main zoo became world news less than two months ago.

Georgian media have depicted the August 30 clash as a Free Willy-style drama. But counter to these reports, the activists claim they had no intention to release the facility's inhabitants into the open sea. Although Batumi's top attraction is located a quick walk from the beach, carrying to the water bottlenose dolphins that weigh, on average, 300 kilos might have proven problematic.

The Georgian Federation for Animal Protection claimed that its members, with a backup of Russian and Turkish animal rights activists, instead tried to unfurl banners that read “A dolphinarium is a prison!" and were physically assaulted by guards and dolphin handlers.

The dolphinarium’s administration says the opposite — the activists intruded on the premises and attacked the staff using pepper spray. Both sides uploaded videos in an attempt to prove their versions of the story.

The interior ministry is investigating.

The takes on living conditions for the dolphins -- not part of the official inquiry -- are just as contradictory. The activists charge that chlorine and other antiseptics used in the pool are bad for the dolphins’ skin and may even lead to blindness.

"In the wild, dolphins on average cover a distance of 160 kilometers and go as deep as 200 meters. No dolphinarium can offer such conditions," the animal protection group said in a statement. Commonly, it continued, the lifespan of the Black Sea’s bottlenose dolphins is 30 years, while in captivity they live for five years only.

The dolphinarium management argued that the fact that three dolphins were recently born in their facility testifies the animals are kept in good conditions.

Opened in 1975, the Batumi dolphinarium was the first of its kind in the then Soviet Union. The dolphins perished along with the Soviet Union, as the aquarium fell into decay, much like everything else, in the topsy-turvy 1990s.

In 2011, the money of billionaire Bidzina Ivanishvili, the former Georgian prime minister and private zoo-owner now perceived to be the country’s shadow ruler, brought the dolphinarium back to life. Animal-rights activists then claimed that dolphins were caught in the Black Sea in violation of international conventions and kept in poor conditions.

Pressure from animal welfare groups has led to the closure of many such aquariums around the world. In neighboring Armenia, something like a traveling dolphin show arrived from Ukraine in 2010. The facility eventually closed down and its management and their finned charges left amid popular accusations of improper care of the dolphins.

Another dolphin facility in the Caucasus operates in the Azerbaijani capital of Baku on the Caspian Sea. Protests are not known to have occurred.

Yet with the Georgian dolphinarium attracting capacity crowds even off-season, Batumi's post-Soviet dolphins also are not expected to break free anytime soon.