Armenia has the 15th-highest incidence of lung cancer in the world. 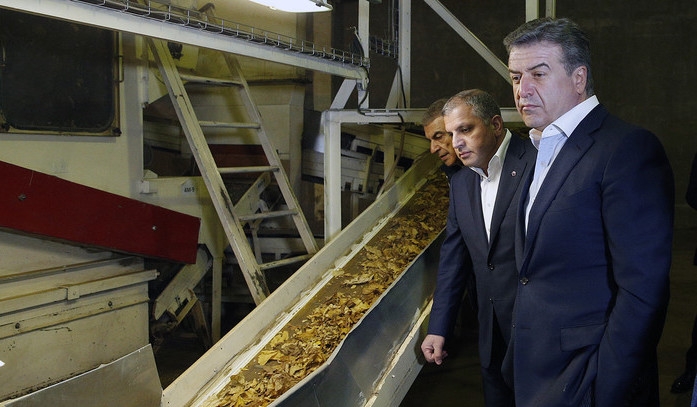 The Armenian Ministry of Health has proposed significantly increasing fines for smoking in public places. The move is one of the first serious attempts to address the issue in the South Caucasus, and has sparked a regional debate.

In January, the Armenian Ministry of Health published the new draft law “On reducing and preventing the negative impact of tobacco products” on the government portal e-draft.am.

Under the proposed law, tobacco products will be banned from public spaces, including airports, railways, schools, universities, medical institutions, museums, libraries, cafes, restaurants, and elevators. Violators will face fines of 250,000 drams (about $520), with the cost doubling for repeat offenders. The law also punishes smoking on public transport with a 50,000 dram ($104) fine.

While much of the world has adopted similar public smoking bans, including neighboring Russia and Turkey, the Caucasus remain stubbornly devoted to smoking indoors. And the proposed law in Armenia has drawn heavy criticism. One target was the level of the fines.

“There must be logic in the penalties,” Daniel Ionesyan, a local activist, told Caucasian Knot. “For example, drunk driving comes with a fine of 200,000 drams ($416) and driving through a red light is 20,000 drams ($42). These fines, for more serious offenses, cost less than some of the fines proposed against smoking!”

Veteran human rights activist Artur Sakunts weighed in, saying that the government should mandate smoking areas rather than impose fines so high that people are unable to pay.

As of February 9, a slim majority of those who had registered their opinion on the draft law were opposed to it, with 52 percent against the new rules and 48 percent for.

Studies by the Armenian National Institute of Health indicate 56 percent of Armenian men are smokers, while only 2 percent of Armenian women smoke. In 2015, Armenia was ranked by the World Cancer Research Fund International as having the 15th highest incidence of lung cancer in the world.

It seems reasonable to expect that Armenia could be following in the well-worn path of other countries that pass smoking regulations that are widely criticized at first, and then quickly normalized.

While opposition to the proposed law has been widespread online, actual resistance has been feeble. A February 1 protest against the law, held in front of the government building in Yerevan, under the motto “We Should Smoke,” attracted only about ten picketers.