Middle-class Afghans with the means to navigate Tajikistan’s bureaucracy see the country as a springboard to the West. 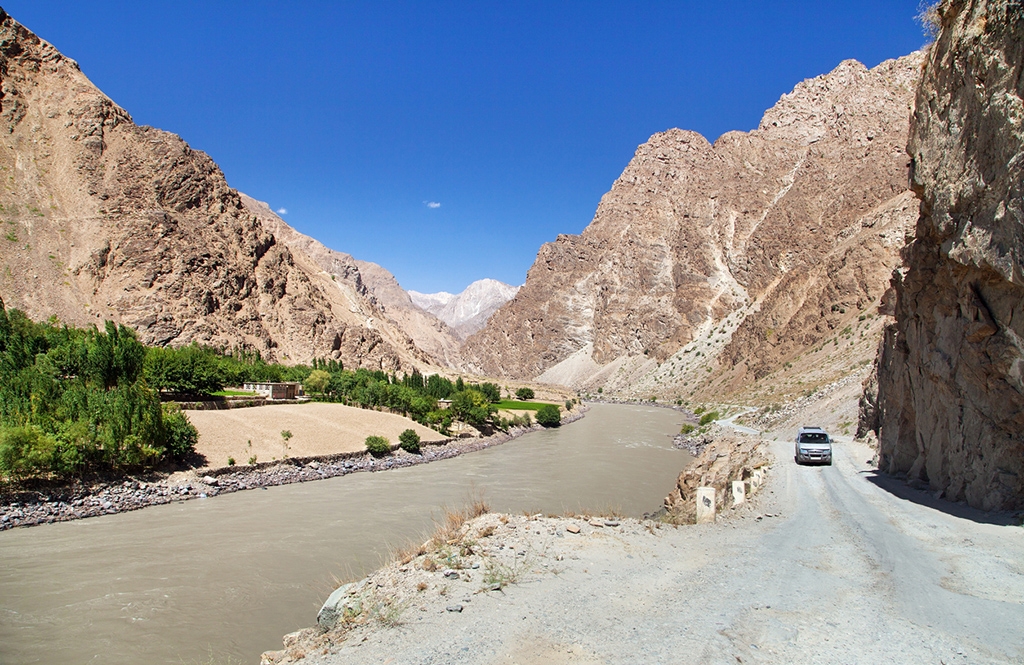 In the foyer of a newish, 10-story building in Rudaki, a suburb of Dushanbe, it’s hard to tell which of the girls holding a tea party for their dolls are Afghan and which are Tajik.

The children speak the same language and wear similar clothes. They go to the same school.

The key difference: The Afghan girls are here because their families feared for their safety and future – what would befall them with the Taliban back in power? Of the 10 Afghan families in the building, seven say they fled for their daughters’ sakes.

There have long been Afghans in Tajikistan. According to a source at the Afghan Embassy (still manned by representatives of the deposed government), about 7,000 were registered in the country this spring.

The number increased after April 14, when U.S. President Joe Biden announced that the last U.S. forces would be leaving Afghanistan. Between then and the fall of Kabul on August 15, around 3,000 Afghans with means were able to secure Tajik visas and enter the country, the embassy source said.

This week the first official figure on refugees was released, suggesting the population has grown. On October 14, the head of the State Committee for National Security, Saimumin Yatimov, told a meeting of security bosses in Moscow that 15,000 Afghan refugees have entered Tajikistan.

Some fears they left behind

For the Afghan families in Rudaki, the Taliban’s resurgence changes the fabric of daily life.

“One day my throat hurt,” she recalled. “So I went to the doctor. And there, suddenly a Talib appeared and began to beat me and the doctor with a stick, saying how ashamed I should be to open my mouth in front of the doctor [a man]. And he beat the doctor for ‘shamelessness.’ It all happened right inside the doctor's office.”

Vida has many stories about being beaten by Talibs: for wearing a too short burqa, for some strands of hair poking out from her scarf. She says she has vowed never to let her daughters – second-year economics students at Kabul University – face a similar fate. She says her greatest fear is that her daughters will not come home one day.

“Under the Taliban, stealing girls, forcing them to marry, is an ordinary thing, so if they are even five minutes late I go out of my mind with worry,” Popal said.

Her family flew directly to Dushanbe in May after renting out their Kabul home. (Flights ended May 23, possibly because of concern about Afghans overstaying their visas, though the government blamed coronavirus.)

Now the Popols, like thousands of other families, are awaiting repatriation to a third country. Vida and her husband, Amanullah, hope for a place where their daughters, who are 22 and 24, can get on their feet. “We do not choose a country,” Amanullah said. “What’s important to us is the education of our daughters.”

Meanwhile, Dushanbe has been ringing the alarm about the refugees’ impact overall. In his comments to colleagues in Moscow, Yatimov, the security chief, linked the recent deluge to a rise in drugs and weapons smuggling – perennial refrains from Tajik officials seeking foreign aid.

Every day hundreds more try to enter the country, he said, calling the situation a threat to the whole post-Soviet region.

Since summer, Dushanbe has tried to seal the border, allowing a trickle of women and children to cross but unwilling to host large numbers.

At the same time, Dushanbe telegraphs concern for ethnic Tajiks living in Afghanistan, who make up a little more than a quarter of the country’s population. President Emomali Rahmon insists he will not accept a Taliban government that does not give a role to these Tajiks.

No work and stay out of the capital

Afghan refugees able to navigate a web of red tape see Tajikistan has a potential springboard. Here they can apply for asylum in Canada or the United States.

The Interior Ministry, which processes refugee applications, declined to discuss the process.

But families inside the Rudaki apartment building explain how the application for refugee status works. First, they must pay a year’s rent up front; a comfortable if sparsely furnished two-room flat is 1,000 somoni ($88) per month – a significant hurdle for many Afghans. Only then can they apply for a residence permit from the local district administration. And with that document, signed and stamped, they can apply to the Interior Ministry for refugee status. The status forbids them from working at all and living in the capital.

Another family, the Ahmadis, has four daughters. The father, Muhammad Farukh Ahmadi, studied in the Russian city of Kazan during the Soviet era. He worked all his life in Afghanistan’s Education Ministry and considers the education of his children a parent’s sacred duty, which the Taliban makes impossible to fulfill.

“Under the Taliban, a woman must only go out with a chaperone, a man. But I am one man in the family, and I have four daughters and a wife. Which one will I escort, and when will I get to work myself? Who will feed the family?” he told Eurasianet.

When the Taliban seized the northern borders, a rumor spread on social media that the movement had a list of unmarried women between 15 and 45 years old.

Nisan Ahmad's family fled Parwan, just to the north of Kabul, after men tried to kidnap his sisters, nursing students in Kabul.

To get to their classes, his sisters would take a taxi with a known driver. One day men he identified as Taliban stopped the car, “pulled out my sisters and wanted to steal them. The driver got scared and drove off,” said Ahmad. Fortunately the men were frightened by the girls’ screaming and let them go.

The next day, he realized they could not stay in Afghanistan.

“We left our homes, school and work in search of a better life. In terms of security, everything is fine in Tajikistan. There is no question,” Ahmad said, emphasizing his gratitude. “But there is no work here. Even locals leave to work in Russia.”