Over 180 Afghan students who became trapped when the Taliban took power have finally resumed their studies in Bishkek. 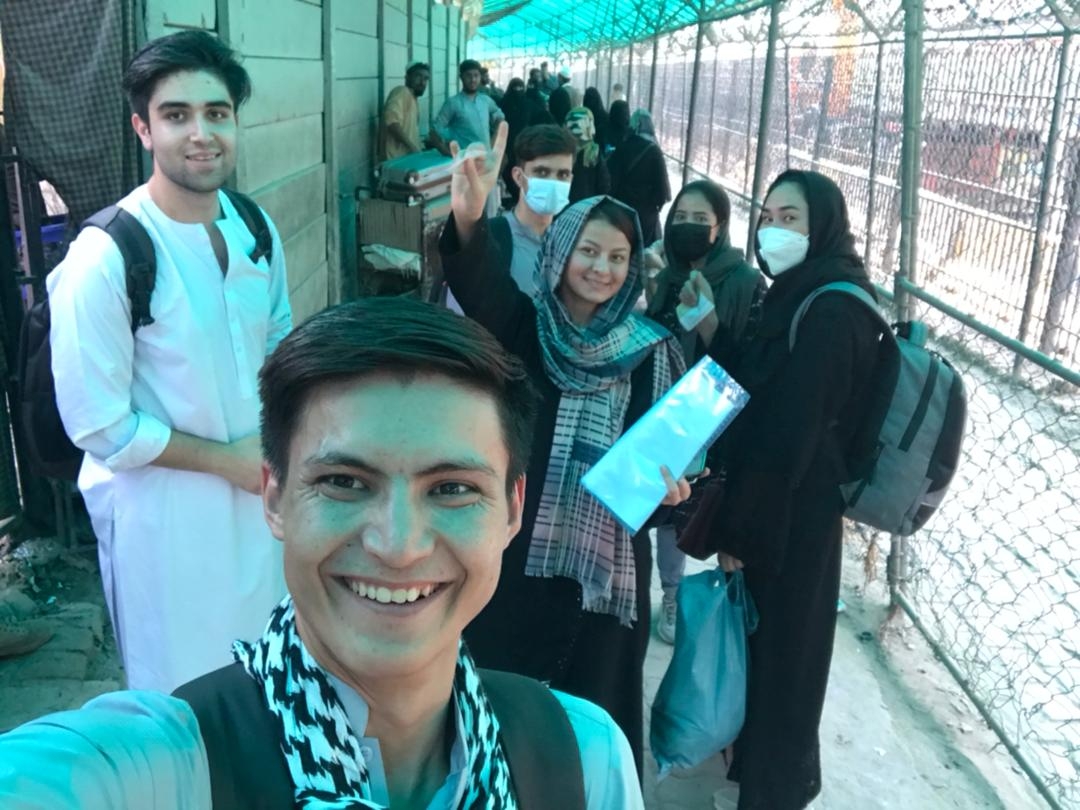 Eyeing the Taliban soldier, Farzana had little hope this attempt at escape would be any more successful than her previous ones.

A political science senior at the American University of Afghanistan, Farzana had already tried to flee the country twice since Kabul fell. Now she was one of 18 students squished into several cars at the Torkham border crossing with Pakistan: girls in the backseats wearing hijab, boys up front instructed to describe the girls as their sisters.

They had driven six hours, only to find their way blocked.

“I will never forget that day,” Farzana told Eurasianet. (Names of the Afghan students in this story have been changed to protect their families.)

The soldier ignored their Pakistani transit visas and fired his gun in the air, forcing them back into the cars. After several hours, the gates suddenly opened. The students, now on foot, rushed through with a crowd of people. After several more hours, they passed the Pakistani checkpoints and boarded buses for Islamabad.

Farzana is one of more than 180 Afghan students who have escaped to Bishkek over the past two months to attend the American University of Central Asia (AUCA).

“The university told us, ‘We can’t help you at the border. You have to go through yourselves’,” she recalled. “But we were in constant contact with the staff. I know they didn’t sleep at night. I really appreciate what they did for us.”

Attempts to evacuate the students before the U.S. military had completed its withdrawal on August 30 failed, said Jonathan Becker, director of the Center for Civic Engagement at Bard College and interim president of AUCA.

So AUCA improvised, coordinating an international effort and hiring a Finnish security company with local drivers in Toyota Corollas. The Kyrgyz Foreign Ministry issued student visas – partially fulfilling a pledge made in August – Pakistan granted transit visas, and the Afghan students braved the overland journey from Kabul to Islamabad.

“We emphasized the fact that they were students who were leaving Afghanistan as part of their normal student activity. They were not refugees. Politically, in many places it’s easier to help students than refugees,” Becker told Eurasianet.

“We were also able to secure scholarships for Afghan students which was an important factor for the Kyrgyz and Pakistani governments and helped us obtain visas,” Becker added. Fortunately, there are regular flights from Islamabad to Bishkek owing to the large number of Pakistani students seeking medical degrees in Kyrgyzstan.

For 21-year-old Shirin, the white-knuckle ride through eastern Afghanistan was her first trip abroad alone. She departed in one of the student cars for Torkham, hoping the border would be open. It was not. A male student tried to explain to a Taliban guard that they had permission to pass, but the guard whipped the boy’s arm three or four times in response, Shirin said. “The man was very angry and yelled at the boys: “Why aren’t you going to the noon prayer and are [instead] waiting here to pass the border and go abroad?” she recollected.

The group returned to Kabul. The second time, they succeeded.

“At every Taliban checkpoint, my heart was racing. We were so scared they would find out who we were and where we were going,” she said. “It was all like magic. I was really anxious it [the escape] would not happen.”

Zahra, 21, an international politics sophomore at AUCA, had returned to Kabul in May to see her family, holding a return Bishkek ticket for August 16. In September, she finally managed to leave overland.

“We are still in shock about our country, our families,” she said. “We are homeless now: We can’t go back, and I’m sure Kyrgyzstan won’t help us after graduation. I started my classes in week five [of the semester], so I’m struggling to catch up.”

AUCA is still trying to get a handful of students out of Afghanistan. And other challenges have arisen. The school has 300 Afghan students, about 60 percent of them are women. Many of the students have experienced trauma and been separated from their families. Their future after graduation is also something Becker and his colleagues worry about.

“We want to create conditions for them where they can be successful students and help them plan for their future after they finish their studies,” he said. “I like to say that we completed the sprint, and now we are in a marathon.”

Farzana has been in Bishkek for nearly a month. She will graduate at the end of the semester and is concerned about the future as she prepares to apply for a master’s program. But she is also trying to live in the moment, enjoying what many students around the world take for granted: the pleasure of a simple stroll.

“In Kabul, I just wanted to go for walks, but I couldn’t. So that’s what I have been doing here every day,” she said.