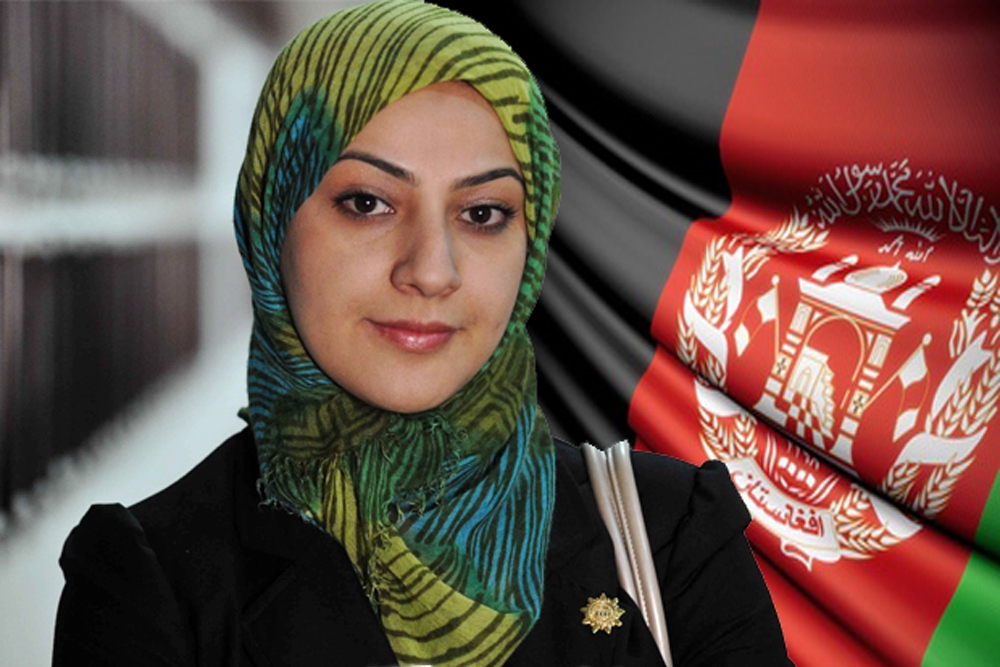 At 29 years old, Naheed Farid is the youngest member of Afghanistan’s lower house of parliament. She recently took time out from her hectic schedule to answer questions from EurasiaNet.org about her efforts to “break taboos” and encourage young people to get more involved in the Afghan political process.

Farid holds an undergraduate degree from Herat University and a master’s in international relations from The George Washington University in the US. She garnered the most votes of the more than 400 female candidates in the 2010 parliamentary elections.

She has found it is difficult to get things done in the legislature. Resistance to change is strong, and efforts to press ahead with legislation designed to improve education and equal opportunities for women have stalled recently. These days, Farid characterizes the Afghan legislature as “backward,” but still retains hope that change is possible through grass-roots activism. A transcript of Farid’s interview with EurasiaNet.org follows:

EurasiaNet: What motivated you to pursue a career in politics?

Farid: It was a decision of circumstance and situation. You can’t keep quiet against a system that commits unlimited violence against women, is reluctant toward children’s education and rights, and discriminates against minorities.

EurasiaNet: What is it like for a woman to participate in Afghanistan’s political process?

Farid: When I decided to run for office in the 2010 parliamentary elections, I did not expect [such enormous] pressure. … I will never forget the day a religious ex-MP came to my house and asked my father to waive my campaign. His reasoning was that [it would be dishonorable] and indecent if I were to work in the National Assembly. He told my father that the family’s reputation would be ruined and [that it would be] a huge embarrassment if I won. … You can imagine how hard it was to hang posters in the city, participate in TV debates, and ask people to vote for you. … I was determined to break taboos and represent my people in the Afghanistan Parliament, even if I was threatened by the Taliban or ridiculed by journalists. My confidence increased the motivation of my campaign team.

EurasiaNet: Were you surprised that you won a parliamentary seat?

Farid: After 58 days of campaigning, the big day arrived: in the morning I was thinking; ‘even if I don't get enough votes, I am [still] the winner because it took extraordinary courage to campaign in such a controversial battlefield.’ … At the end of election day in 2010 I received the news that I won! I received the highest number of votes among women candidates. … I was amazed that people from the religious community voted for me in addition to youth, women, intellectuals, and professionals. I could not believe that I was able to overcome the conservative ideology of my society and receive the religious votes. I was welcomed by my generation and many youth voted for me. I am sure it was because they had the same wish as mine - to ‘break the taboos.’

EurasiaNet: As a woman and the youngest MP, how do you make your voice heard?

Farid: Since many of my constituents are youth, I can easily contact my followers using social networks such as Facebook, which [allows me to] connect with more than 65,000 youth around the country. I travel and give speeches in the mosques, or I report them through media interviews. As long as you have people to hear you, you have countless opportunities to make your voice heard.”

EurasiaNet: Do you see the current parliament as capable of handling the country’s challenges?

Farid: I would say the present parliament of Afghanistan is experiencing backwardness. After a decade of practicing democracy, we still receive negative reactions from conservatives and fundamentalist parliamentarians [ who collectively comprise a majority] toward democratic values, such as women’s and minority rights and equality. In recent weeks, we had three bills rejected based on [these issues]. They rejected the Law of Elimination of Violence against Women, they disposed of seats reserved for women in many electoral institutions of the country, and they rejected the Higher Education Law because of tribal [traditions].

EurasiaNet: What is needed to get youth and women more involved in politics?

Farid: As we approach a power transition and international troop withdrawals in 2014, a huge wave of disappointment [has occurred] among the new generation and women. The most important element [for youth and women] in Afghanistan’s ongoing political process is hope!

Nicholas DiCesare is an editorial associate for EurasiaNet.org in New York.