Afghanistan: Making a Case for Addressing the Pashtun Question 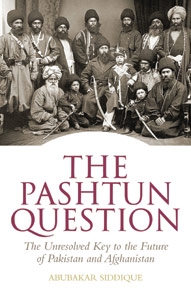 For more than a century, British colonial writings have been the main source of Western information about Pashtuns, the largest ethnic group in Afghanistan and the second biggest in Pakistan. A new book, The Pashtun Question: The Unresolved Key to the Future of Pakistan and Afghanistan, by a Pashtun scholar, Abubakar Siddique, offers a fresh perspective and serves as a welcome addition to the growing body of scholarly and journalistic works on the region. It also arrives at a critical juncture, when the United States and NATO are drawing down in Afghanistan.

Social scientists often grapple with the question of how to represent the people they study. Outsiders can sometimes be more objective, but they are apt to miss some fine points because of linguistic and cultural barriers. In the case of the Pashtuns, writings by British administrators and soldiers were notably biased, especially in view of the long history of colonial wars between the British and the Pashtuns in the 19th and 20th centuries. Indigenous scholars, on the other hand, might be prone to downplay internal factors of instability, and instead blame outsiders for problems. Siddique walks this line carefully as he makes a case that state failure in Pakistan and Afghanistan has created an atmosphere conducive to exploitation by Islamist militant networks based in the Pashtun borderlands.

A native of Waziristan, Siddique weaves the current predicament of the Pashtuns into a readable historical narrative. His storytelling skills are complemented by his understanding of Pashtun society as a trained anthropologist. The first part of the book lays out the essential historical background of the Pashtun homeland. The segment on the rise of Islamic radicalism in the region is especially relevant. Siddique sheds light on the Pakistani establishment’s often conflicting policies toward the region and Islamabad’s indecision about whether to confront the Taliban militarily, or engage the movement in a peace process. Chapters on the rise of militancy in Pakistan's northwestern Federally Administered Tribal Areas and the Khyber Pakhtunkhwa Province skillfully analyze the complex factors at play.

Siddique walks the reader through an evolving social landscape marked by the decimation of the Pashtuns’ traditional tribal leadership. He demonstrates how local militants and their international allies have attempted to establish a new Islamic order in the region – a development that Pakistan’s military has paradoxically aided through its often belligerent, shortsighted approaches. Siddique additionally provides a useful overview of the leadership, ideology and strategies of the plethora of militant networks operating in the Pashtun regions.

The book’s discussion of the Afghan Taliban movement offers an abundance of details. Based on interviews with current and former Taliban leaders and a thorough survey of the movement’s literature, Siddique describes the rise of the Taliban in Afghanistan and its ramifications. He decodes their worldview and political aspirations, and explains the dilemmas faced by the leadership. This section of the book is a particularly valuable contribution toward understanding the enigmatic Afghan Taliban movement and its relationship with Pakistan.

Siddique’s most enduring contribution may be his detailed plan to address instability and the crisis of the Pashtuns. He prescribes opening up the Afghan-Pakistan border, adherence to the principal of non-interference, regional cooperation, and democracy and development. These may well be the only options left to bring stability to Afghanistan and Pakistan, countries that will remain pivotal to regional and global security for the foreseeable future.

If the book has a shortcoming it is that its analysis of the region's geopolitics could have been balanced with more insights concerning Pashtun social evolution, economic relationships, and inter-tribal dynamics.

The Pashtun Question is a must read for those engaged in or interested in South Asia. More significantly, the Pashtuns, and more broadly, Pakistanis and Afghans, should read this book to stimulate a debate about their future.

Hamid Hussain is an analyst who has written extensively on South Asians security affairs.