Both have long-duration electricity supply agreements signed before the Taliban returned to power. 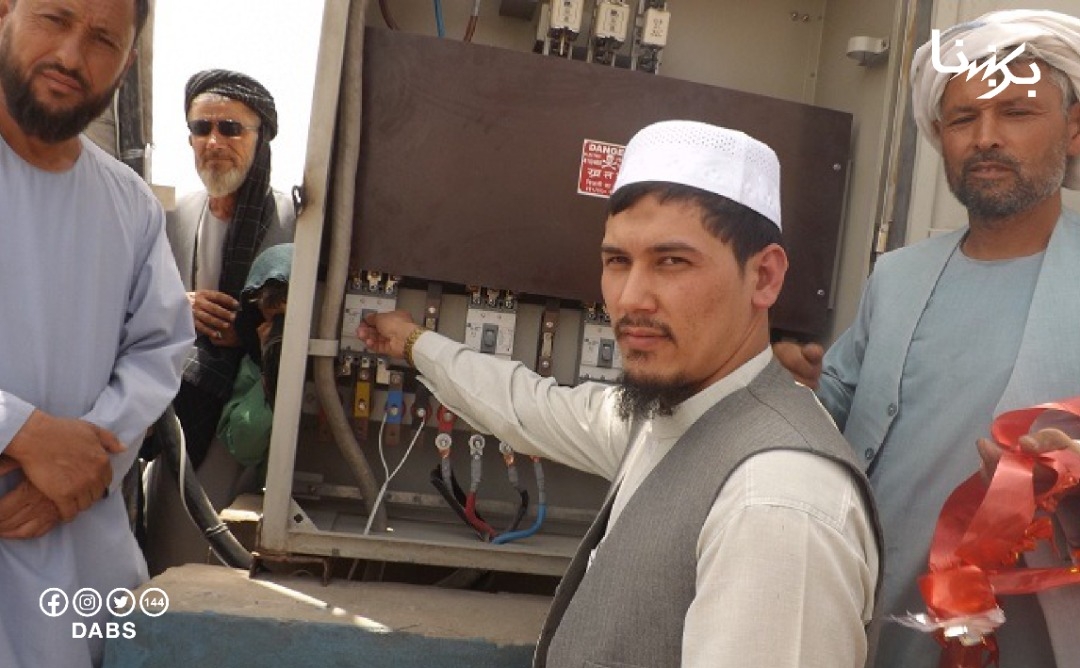 The Afghans can’t just flip a switch to transfer the money. (DABS)

Afghanistan has settled its multimillion-dollar outstanding debts owed to Uzbekistan for electric power supplies, the Uzbek Energy Ministry has announced.

The Da Afghanistan Breshna Sherkat, or DABS, power company has fully settled what it owed Uzbekistan for the 2,151.3 kilowatt hours of electricity supplied in 2021, the ministry reported on August 1.

DABS is also paying on time for this year’s supplies, it said.

The Energy Ministry did not specify the size of the debt that had been owed. However, in May the Afghan government said it owed Uzbekistan and Tajikistan $100 million for electricity, the bulk of it, in the region of $70 million, due to Uzbekistan.

It had been unable to pay because of problems with the country’s sanctioned Taliban rulers transferring funds via the international banking system.

Now it has found a solution of some sort, although neither side explained what that was.

Tajikistan, by contrast, says it remains unable to receive the funds it is owed.

Makhmadumar Asozoda, the director of the national power supplier Barqi Tojik, said on August 2 that the company had been unable to resolve the problem of outstanding debts since the Taliban seized power a year ago.

“Owing to the geopolitical situation in the region and in the world, when some banks financing the purchase of electricity came under sanctions, it has become complicated to transfer funds from the Breshna [DABS] company to Barqi Tojik,” Radio Ozodi quoted him as saying.

The Afghan company “is working on the matter,” he added.

In July Tajikistan received $2 million from Afghanistan toward the debt, which now stands at $28 million, Asozoda said.

The debt has increased since February, when Afghanistan had owed $27 million, though it is down from $33 million at the start of the year.

Afghanistan imports over 80 percent of its electricity, at an annual cost of some $220 million, according to the Special Inspector General for Afghanistan Reconstruction (SIGAR), a watchdog created by the U.S. Congress.

Uzbekistan is its biggest electricity supplier. This year, around half of Afghanistan’s imported power is coming from Uzbekistan, and most of the rest from Tajikistan.

Both have long-duration electricity supply agreements signed before the Taliban returned to power, which are adjusted annually.

Uzbekistan is contracted to supply Afghanistan with 2.2 billion kilowatt hours of power this year, of which it has already supplied 770 million, the Energy Ministry said.

Last month the ministry said it had reached an agreement with Afghanistan to restart a project to build a new power supply line from Uzbekistan which had stalled after the Taliban takeover.

Construction inside Uzbekistan is complete, and it has now been agreed that building will resume in Afghanistan by the end of August.

Tajikistan is committed to supplying 1.5 billion kilowatt hours of electricity to Afghanistan this year, of which Asozoda said it had already sent 734 million.

The Afghans are contracted to pay Uzbekistan $100 million and Tajikistan $69 million for the power supplies.

Neither Uzbekistan, which enjoys cordial relations with the Taliban, nor Tajikistan, which does not, have turned off the lights over the unpaid debts, luckily for their neighbors over the border.

Any halt to electricity supplies from Central Asia risks leaving over 10 million Afghans in the dark, the United Nations Development Program, or UNDP, has previously warned.