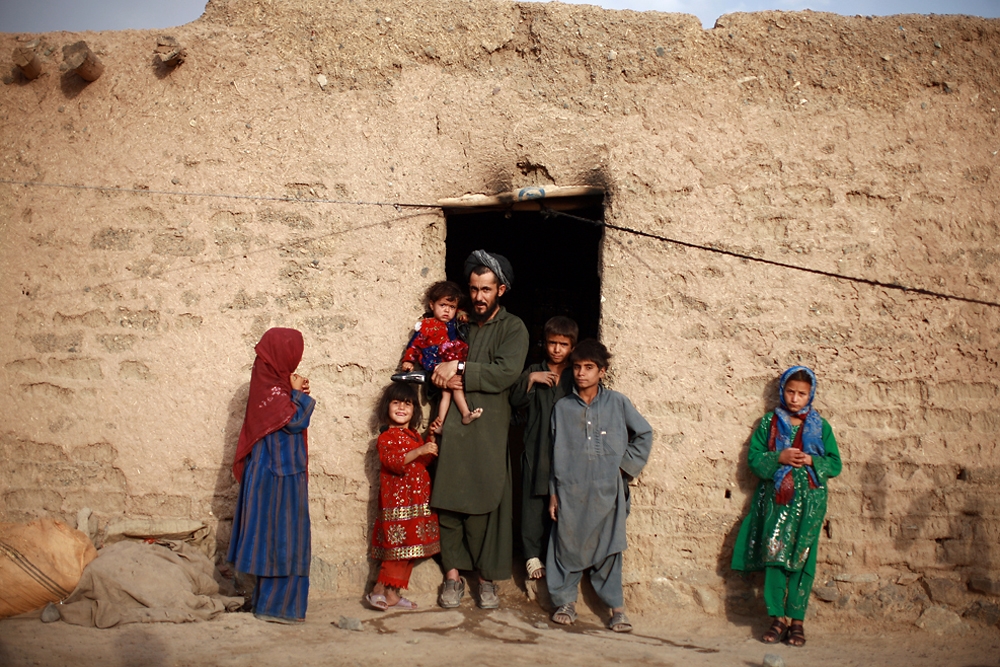 Afghanistan’s rapidly growing population is starting to worry officials in Kabul. The demographic issue has the potential to become a significant source of instability in the coming decades.

Traditional respect for large families, especially sons, is deeply embedded among Afghans. Urbanization has reduced somewhat the economic need for large families, yet the practice remains widespread. At 6.6 children being born on average to every Afghan woman, Afghanistan has the highest fertility rate in Asia. Among many Muslim believers, having a large number of children is even perceived as a religious duty.

“People feel the bigger the family, the more influential you are and the greater the number of children to work and earn an income,” said Dr. Nasrat Rasa, a reproductive health consultant with the United Nations Population Fund (UNFPA) in Kabul.

More than three decades of strife, starting with the decade-long Soviet occupation in 1979, have helped encourage Afghans to have lots of children. “People were scared their children would be killed in the conflict and wanted to ensure some would survive,” Rasa explained.

The same goes with infant mortality. A high percentage of infants are underweight because they and their mothers lack essential nutrients. That fact, combined with inadequate access to healthcare, has produced a high death rate among children. The country’s under-five mortality rate decreased from 257 per 1,000 live births in 2000 to 161 per 1,000 in 2007-2008, but is still one of the highest in the world, according to UN statistics.

“People had large families because they wanted to have insurance for the future,” Deputy Health Minister Nadera Hayat Burhani, who heads the ministry’s reproductive health program, told EurasiaNet.org. “Here, there is no health insurance, no life insurance. Each family has lost one or more person during the war and they wanted to ensure there would be someone to look after the parents in their old age.”

If the current pace holds, the population – by most counts now around 30 million – is estimated to reach 47 million by 2025, and 76 million by 2050. At that rate, there seems little chance that Afghanistan’s economic stabilization efforts can keep pace with the expanding population.

With the Afghan government already struggling to provide for the existing population, maintaining the population growth rate would be a “disaster,” according to Burhani. “Given our low economic conditions, how could we prepare for providing education, health, food and shelter?” the deputy minister added.

Public health professionals and government policymakers are working to change attitudes and introduce systematic family planning. To bolster their efforts, officials are citing Islamic principles in making a case for smaller families.

“People give religious reasons for wanting to have more children,” said the UN’s Rasa, “even though the Koran has verses in support of birth spacing.” For example, Afghan officials are encouraging an interpretation of the Koran that enjoins mothers to breastfeed a child for two years. Because breastfeeding acts as a natural contraceptive (women ovulate far less during lactation), health officials hope that raising awareness about such an interpretation could eventually lead to a drop in the birth rate.

“We are approaching this very carefully,” said Mohammad Younus Payab, UNFPA’s deputy country director. “We are attaching the issue of birth spacing to religious beliefs and the injunctions in the Koran. We don’t want to create any backlash.”

Clerics and community leaders are part of the family-planning efforts. “We are training maulvis [religious leaders] to spread the message through Friday prayers in the mosques,” said Deputy Minister Burhani. To give the efforts added muscle, her ministry has also translated and adapted a book on Islam and family planning produced by Cairo’s Al-Azhar University, an eminent center of Islamic learning.

Despite such efforts, officials and public health workers recognize it will take time to bring about the desired change.

The experience of Nabila Ibrahimi, a community health worker for Care, an international non-governmental organization, highlights the difficulties. In the village of Fazel Beg on the outskirts of Kabul, Ibrahimi convinced 37-year-old Sadia to take birth-control pills after her 11th delivery left her in poor health.

However, Sadia’s husband believed the pills were un-Islamic and threw them out.

“Besides,” says Sadia, “though I have 10 [surviving children], seven of them are girls. My husband wants more sons, so I am waiting to get pregnant again.”