Afghanistan: Rabbani Assassination May Peel Tajiks Away from Kabul 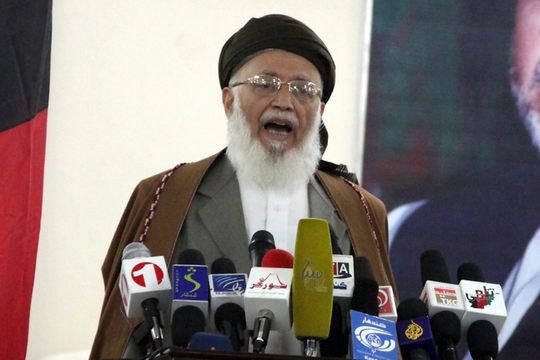 The assassination of Burhanuddin Rabani will have minimal impact on Afghanistan's peace process. What it will do is weaken President Hamid Karzai’s administration through the alienation of Afghanistan’s influential Tajik minority.

Rabbani, who was killed by a suicide bomber September 20, held the post of the government’s chief peace negotiator. But his more important role was that of Tajik power broker.

Afghan Tajiks, who formed the core of a fighting force known as the Northern Alliance, were bitter enemies of the Taliban during the 1990s. And many Tajiks remain hostile to the mainly Pashtun Taliban to this day. But Rabbani’s involvement meant that other Tajik leaders were constrained in their ability to criticize the peace process.

With Rabbani’s death, former Northern Alliance leaders could well reject the peace process, as well as distance themselves from cooperation with Karzai’s government.

In Kabul, opinions were always mixed over the extent of influence that the Rabbani-led High Peace Council had. Some skeptics argued that the peace process was mainly a cosmetic exercise, with Karzai’s fiercest critics maintaining that the Taliban and other insurgent groups aren't interested in negotiating.

Rabbani’s assassination underlines the insurgents’ unwillingness to bargain, asserted Hussain Yasa, editor of the country’s main English-language daily newspaper, Outlook Afghanistan, and a strident government critic. “The peace process has been a one-way street. They [insurgents] don’t believe in any norm. They have only one goal – they just want to dominate,” he told EurasiaNet.org.

The NATO-led International Security Assistance Force seems to support Yasa’s view. Describing Rabbani as the “face of the peace initiative,” ISAF Commander John R. Allen called his death “another outrageous indicator that, regardless of what Taliban leadership outside the country say, they do not want peace, but rather war.”

Officials in Kabul attempted to put on a brave face on recent developments: Foreign Ministry spokesman Janan Mosazai told the BBC that “this is not the first high-profile assassination and it will not be the last.” To emphasize an ongoing commitment to negotiations, President Hamid Karzai cut short a visit to New York, where he was attending the United Nations General Assembly.

But observers now have doubts about the peace process. For one, Karzai will be hard pressed to find a heavyweight replacement to head the peace council. “Who is going to take the lead,” asked Nargis Nehan, director of Equality for Peace and Democracy, a Kabul-based civil society group. “Whoever was heading the Peace Council would have been attacked.”

Karzai’s endorsement last October of Rabbani as chairman of the peace council was a shrewd political move. It gave the impression that the peace talks had support that cut across ethnic lines, allaying concerns that minorities, such as Rabbani’s Tajiks, would be sidelined.

Rabbani’s stature within the Tajik minority -- as a religious scholar, leader and founder of the Jamiat-e Islami, one of the most effective Mujahideen groups that battled the Red Army in the 1980s – was substantial. He provided a counterweight to prominent skeptics, including former foreign minister Abdullah Abdullah.

The Tajik-led Northern Alliance has shown itself to be fractious in recent years. But Rabbani’s death could have a galvanizing effect, unifying Tajiks in opposition to Karzai’s peace initiative. The assassination of such a prominent Tajik “strengthens the argument of people who say, ‘We cannot talk to the Taliban,’” said Martine van Bijlert of the Afghan Analysts Network. “It definitely polarizes the political situation.”

“With this assassination they have touched a high-voltage switch,"said Yasa, the Afghan editor. "It will have short-term and long-term shocks for Afghanistan. ... The Tajik ex-mujahideen faction will find it difficult to absolve [the Taliban] for this assassination.”