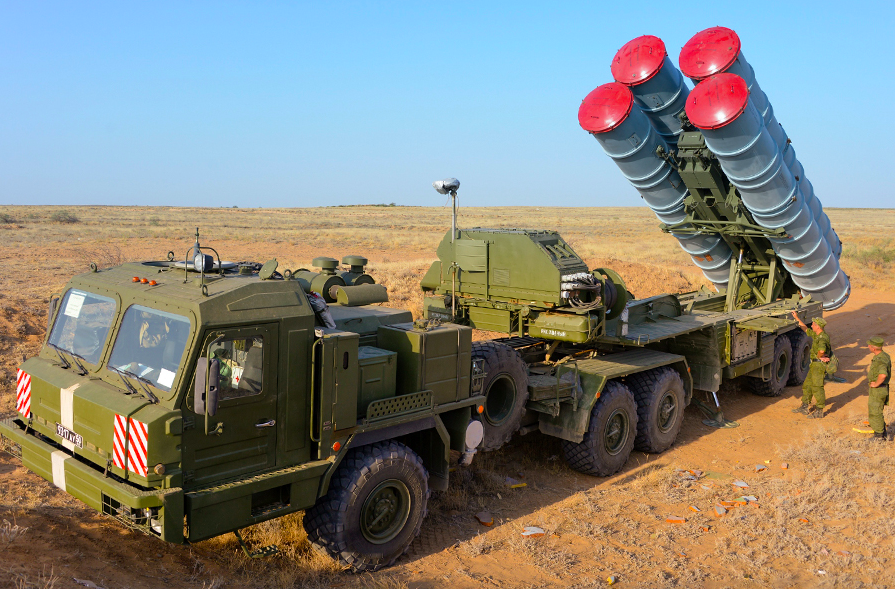 An S-400 missile defense system in use by Russian armed forces. (photo: mil.ru)

Senior Turkish officials say that Russia is now the leading contender in its seemingly never-ending competition to pick a multi-billion-dollar air defense system. The news will surely come as an annoyance to Turkey's NATO partners, which may be precisely the point, some analysts say.

To review: in 2013, Turkey surprised everyone by choosing a Chinese system for its multibillion dollar T-LORAMIDS air defense program, but after its NATO partners strongly objected, Ankara eventually abandoned the procurement and in 2015 announced that it would instead work on building the system in Turkey.

The crux of the NATO objection to the Chinese pick was that it would expose sensitive alliance data to Beijing. Turkey countered that only China was willing to give Turkey the production information with which it would eventually be able to manufacture the system on its own -- a key demand in Ankara's tender -- and at a much lower cost than western offers, to boot. Analysts generally saw Turkey's gambit as a means of bargaining with its American and European partners so that the latter might sweeten their deals.

Now that story seems set to repeat all over again, this time with Russia instead of China.

"It seems as though Russia is the most suitable candidate for fulfilling the country's need at the moment,'' Turkish Defense Minister Fikri Işık said on February 22.

The issue will likely be discussed, if not finally decided, when Turkish President Recep Tayyip Erdogan visits his counterpart Vladimir Putin in Russia next month.

"The talks are continuing on the S-400," Erdogan's spokesman, Ibrahim Kalin,
added. "The defense industry’s secretariat and the president are receiving information about that. We are closely watching the negotiations. I don’t know whether we’ll have enough time to deal with this issue before a session of the High-Level Russian-Turkish Cooperation Council that will be held in Russia. But, of course, this theme will be raised at the level of the leaders," he said.

Will Turkey bend to NATO's will again? The pro-government newspaper Daily Sabah thinks not: "Even though the Chinese company's offer was the best deal among other competitors in terms of price and technology transfer, Turkey had to cancel this tender due to heavy pressure from NATO in November 2015. However, this time Turkey is likely to stand firm against NATO pressure."

Işık, the defense minister, was also optimistic. ''I believe that they [NATO] will understand Turkey's decision [to purchase S-400s] and will empathize,'' he said. ''Even some [other] NATO members have been using systems purchased from countries outside of NATO," he added.

The key argument over the Chinese system related to the prospect of integrating it into the larger NATO air defense network and the possibility that secret info would leak. But Işık suggested that this time around, Ankara may be willing to use this as just a standalone system.

''When you integrate these [S-400] systems into NATO, you may have a chance to use them with the wide NATO infrastructure, but it's also possible to use them without integration,'' he said. That would reduce the usefulness of the systems, and it's not clear why Ankara would want to hamstring itself like that.

There are other reasons to be skeptical that this will ever happen. Recall that Turkey and Russia were sworn enemies only a year ago, and it's not hard to imagine that this period of friendship will not last forever. And just as Turkey may not want to buy an air defense system from a country it may soon want to use it against, Russia may not want to sell its state-of-the-art air defense system to a NATO member.

So is all of this a ruse? The Chinese purchase “was a cheap Turkish attempt to get better terms from Western producers that would include some kind of technology transfer," said Michael Kofman, a fellow specializing in Russian military affairs at the Wilson Center, in an interview with The National Interest. “They are now trying the same tactic with Russia. As though Russia would transfer technology to them, helping to make the Turkish defense industry a stronger competitor—or as a secondary issue—sell its best air defense to a NATO country. Turkey is again using these talks to try and blackmail NATO countries into air defense sales.”

But another expert suggests the interest could be genuine. “It represents Moscow's entry into a relatively closed-off Turkish military market that until recently was fielding exclusively NATO hardware," said Sam Bendett, a researcher specializing in Russian military affairs at CNA Corp., in the same National Interest piece. “As far as the shooting of a Russian Su-24 fighter-bomber by the Turks, it’s a safe bet that such confrontation is a thing of the past and an aberration in bilateral relations between Moscow and Ankara - both are interested in securing air and land space in and around Turkey.”

The Bug Pit is inclined to Kofman's point of view, but we're in uncharted geopolitical waters, so who knows.