The Church’s reluctance to cancel Easter services and recognize the state of emergency continues to drive controversy. 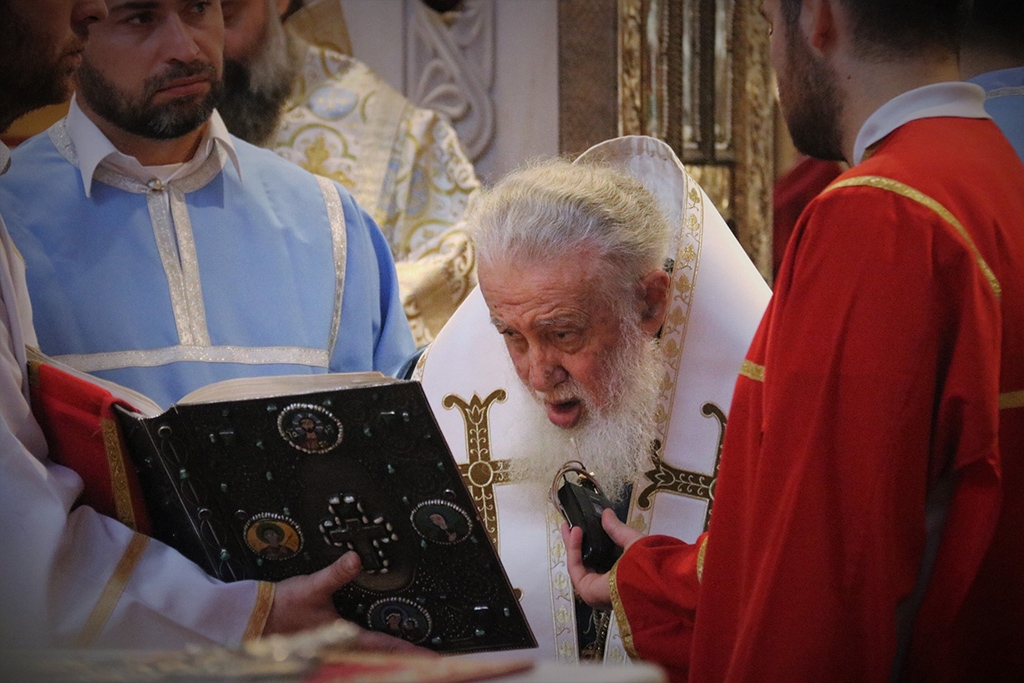 Georgians awoke on Easter Sunday hoping that overnight vigils had not hastened the spread of the novel coronavirus, COVID-19. Attendance was low in the country’s largest churches as many believers stayed home, heeding doctors’ pleas and the government’s last-minute ban on car traffic. But the Church’s reluctance to cancel the services and recognize the state of emergency continues to drive controversy.

At the nation’s main Holy Trinity Cathedral in Tbilisi, worshippers spent their paschal vigil standing sparsely outside and inside the building. Most tried to keep their distance, a live broadcast on television showed, but believers occasionally crowded together to light candles.

Even basic precautionary measures appeared to be inconsistently enforced. If worshippers broadly complied with minimum safety requirements at the Holy Trinity Cathedral, in Kutaisi, the nation’s second-largest city, videos posted to Facebook show crowds making ritual processions around churches without keeping distance; many people were not wearing masks. Across the country, scores of believers partook in Holy Communion, drinking sacramental wine from shared spoons.

Some clerics defied the Patriarchate, the governing body of the Georgian Orthodox Church, and closed their churches to parishioners on Easter, however. The epidemiological impact of the event is expected to manifest itself in the coming weeks.

The Patriarchate appeared to use the Easter sermon as an opportunity to respond to the controversy. “Life and death are in God’s hands,” said Patriarch Ilia II during services in the Holy Trinity Cathedral.

Public health officials had repeatedly asked believers to stay away from churches. “Today the future scale of epidemic’s spread in Georgia is in the hands of the parishes,” said Georgia’s top virologist, Paata Imnadze, on the eve of the holiday.

Later, during celebrations in the Holy Trinity Cathedral, the frail 87-year-old patriarch’s holiday sermon focused on the significance of Holy Communion, which is considered a particularly prominent public health concern. The patriarch insists that the communion bread and wine symbolizing Christ’s body and blood cannot spread diseases. “Jesus Christ said ‘whoever feeds on my flesh and drinks my blood has eternal life,’” Ilia’s epistle, read aloud by clerics, said.

Liberal-minded Georgians gasped at the statements and the Church’s official position. Much of their anger is directed at the government, which stopped short of direct confrontation with the Church ahead of the holiday. On April 17, Health Minister Ekaterine Tikaradze even appeared to support the Church, saying that without a peer-reviewed study she cannot say if sharing communion spoons might spread coronavirus. The nation’s most prominent epidemiologists had repeatedly urged believers not to take part in communion and not to drink from shared spoons.

Epidemiologists ended up having exchanges with defiant prelates via news media. “Those two men who say that people should not attend Easter services have no brains,” said Archbishop Iakob of Bodbe, referring to the head of Georgia’s National Center for Disease Control and Public Health, Amiran Gamkrelidze, and his deputy, Imnadze. “Will any of them dare to face me in the street? I’m not threatening, but will they?”

“I’d like to ask Iakob, who is younger than me, to have respect when addressing older people,” responded Gamkrelidze of the CDC. “I’m a doctor and my statements stem from my faith in medicine.”

Faith in church or faith in medicine: That is the choice Georgians made this weekend.