After Fall Of Kunduz, Russia Tries To Shore Up Defenses In Central Asia 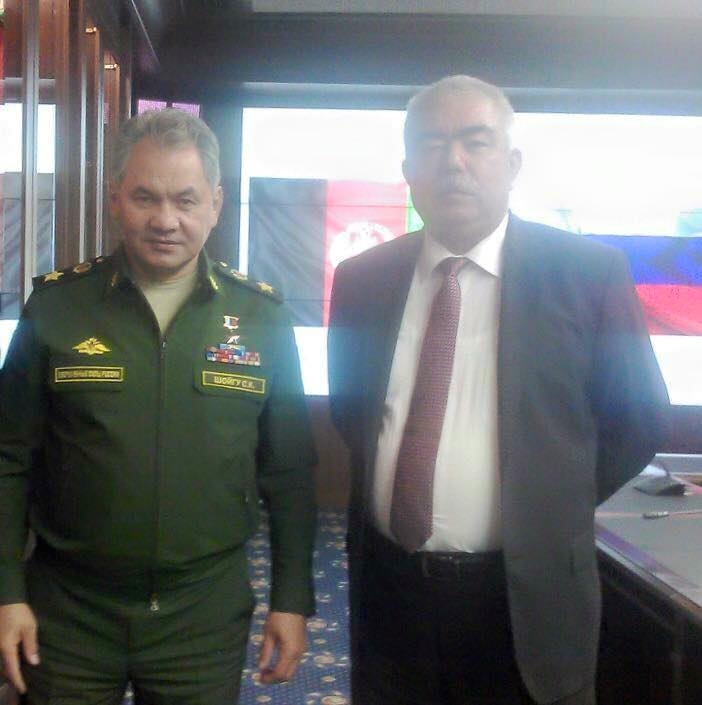 After the Taliban took over the city of Kunduz in northern Afghanistan, Russia has responded by taking a number of measures aimed at shoring up security in the region, strengthening both their own and partner armed forces.

Taliban forces seized Kunduz at the end of September, marking the first time the group has controlled a major city since being driven out of power in 2001. Afghan government forces retook the town days later, but the episode nevertheless highlighted the deteriorating security situation in the northern part of the country.

While the Taliban's goals still appear limited to Afghanistan's borders, their growing strength in the region has worried Tajikistan, Uzbekistan, and Turkmenistan, which lie just over Afghanistan's northern border. And Russia, in spite of already being militarily engaged on multiple fronts, is trying to increase its engagement in Central Asia, as well.

First, Russia announced that it would bolster its military base in Tajikistan with a new air group and additional Mi-24P attack and Mi-8 MTV transport helicopters. (This announcement, incidentally, let us learn a little more about the murky situation around the Ayni air force base outside the capital of Dushanbe. Russia has reportedly been trying to gain control of the base, but this week the Tajikistan's Ministry of Defense issued a statement clarifying that they owned the base and were merely allowing Russia to use it.)

Secondly, Russia said it was looking to sell Mi-35 attack helicopters to Afghanistan as part of ongoing security cooperation with Kabul. "Russia is already providing some assistance to the government forces of Afghanistan in strengthening their combat capability. I mean, first of all, the training of Afghan officers in our military academies. This process has not been stopped," said Zamir Kabulov, the Kremlin's special envoy for Afghanistan. "Not so long ago, a large batch of small arms and ammunition was supplied through the Russian Interior Ministry. And, looking ahead, I would say that Afghanistan will get additional assistance from the same source, in accordance with Russian president’s instructions... We hope to sign in October a contract with the Afghan side of the commercial supply of several Mi-35 attack helicopters."

Third, Abdul Rashid Dostum visited Moscow and met with officials including Defense Minister Sergey Shoigu. He was there in his official capacity as Afghanistan's vice president to discuss Russian military assistance, but Dostum also has been at the center of discussions by Russian and Uzbek officials about creating "buffer states" in northern Afghanistan to blunt the Taliban's possible influence on Central Asia and Russia. Was that on the table again? (Another interesting detail: Dostum, in his account of the meeting, referred to cooperation with Kazakhstan's Ministry of Defense and embassy in Kabul vis-a-vis repairs to helicopters and other military equipment.)

And finally, Russian officials are ramping up the rhetoric on the threat of Islamist spillover from Afghanistan. This isn't new, but comments by a senior Russian intelligence official this week included possibly the most explicit accusation so far that the U.S. is deliberately fomenting Islamism in the region as a means of weakening Russia. This is a discourse that has been present for some time in Russia, but it's rare to see it espoused by a senior official. At a conference in Moscow this week, Colonel General Igor Sergun, head of Russia's military intelligence agency, went there. RT reports:

He added that on several occasions Taliban groups that refused to join Islamic State were “set up” to be targeted by airstrikes.

“The Afghan Army practically has no aircraft. Only the Americans do. These details bring some very bad thoughts and concerns. We have to take them into account and draw conclusions accordingly,” he said.

Sergun said the US has a long-term goal of preventing stabilization in Central Asian countries and surrounding Russia and China with a network of regimes loyal to America and hotspots of tension.

To state the obvious, we're in uncharted waters here.