The country's president blamed the main opposition party for instigating violence at the rally, though the party denied it. Several activists have been detained. 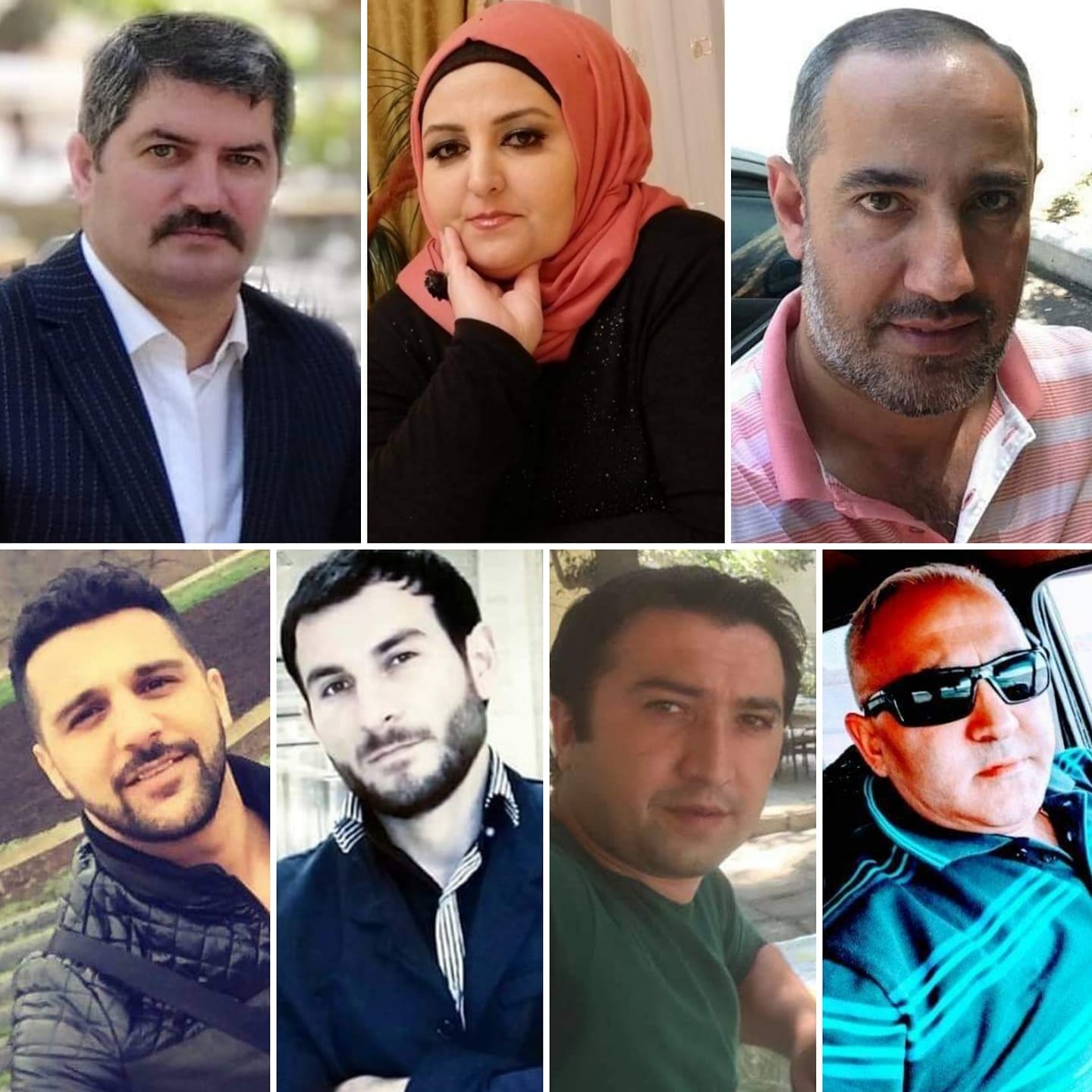 Activists of the opposition Popular Front Party of Azerbaijan who have been detained following a huge pro-war rally in Baku, according to the party. (photo: Facebook, Ali Karimli)

Following a massive pro-war rally in Baku, the Azerbaijani authorities have detained more than 70 people including several political opposition activists and journalists.

The government was clearly caught off guard by the unprecedented demonstration in the evening of July 14-15, in which tens of thousands demanded stronger military action against Armenia, namely taking back the Azerbaijani territories that Armenian forces have controlled since the early 1990s. Some of the protesters even clashed with police and broke into the building of the parliament, causing some minor damage.

In the days since, the government has portrayed the rally participants as mostly patriotic Azerbaijanis who wanted to support the military, but who had been infiltrated by a small number of provocateurs led by activists from the leading opposition party, the Popular Front Party of Azerbaijan (PFPA).

Ahead of the rally, the chair of the PFPA, Ali Karimli, had in fact thrown his support behind the government. “We are leaving our differences and disputes with the government for better times. We are behind our state and the army,” he wrote in a July 14 Facebook post.

That did not stop President Ilham Aliyev, who has in recent months repeatedly targeted Karimli as a “fifth column” inside Azerbaijan intent on destroying the state, from blaming the party for goading some at the rally into “illegal actions.”

“They are worse than Armenians,” Aliyev said the day following the rally. “Armenians are an open enemy …. These [enemies] are located among us. They get money, instructions from abroad, pollute our fresh air with stench and at these moments are standing with the enemy, not with the state.”

“It has again become clear that Ilham Aliyev sees war with the opposition as a greater priority than war with the enemy who killed our soldiers,” the party said in a statement. “Ilham Aliyev is worried about the awakening of the national spirit. He believes that by dismantling the main opposition force, he can prevent popular protests. But what happened yesterday showed that the greatest organizer, the greatest power, is the people themselves.”

A number of independent journalists also were detained at the rally. In total, more than 70 people have been reported detained as a result of the rally, according to a count by the Baku-based Center for Election Monitoring and Democracy Studies. The police have not issued any information about those detained.

“Most of them have been kept in cramped rooms for more than a day, in harsh conditions, without food or water,” the organization’s head, Anar Mammadli, wrote on Facebook. “Most are not provided with a lawyer. It is the arbitrary use of administrative power by the government against its citizens.”

While Aliyev praised the patriotic spirit of the rally-goers, he also indirectly criticized the martial spirit that many of them expressed, with slogans like “Karabakh or death” and “End the quarantine and start the war.”

Aliyev added that he had spoken with an officer dealing with recruitment and asked him how many people had signed up for the army after the rally, who told him that it was about 150.

“How many people yesterday” were at the march, Aliyev asked, rhetorically. “Thousands. And 150 of them signed up. I asked where most of them were from. He told me 60 were from Tovuz, where the fighting is going on now. The others are from different parts of Azerbaijan. So I say: everyone who was saying ‘I want to fight in Karabakh,’ they should send their applications to the state mobilization service. Let them send their addresses and we’ll call them when we need them. But if someone wants to shout, goad people into illegal actions, gain political capital for themselves under the sacred name of Karabakh, then what?”

One way or another, the president’s words got results: On July 17, the Ministry of Defense reported that more than 7,000 people had signed up for the military reserves. The local press covered several prominent Azerbaijanis signing up, including two sons of oligarch and Minister of Emergency Situations Kamaleddin Heydarov, the head of the opposition Hope Party, and the chairman of the media company ANS.