Nazarbayev was everywhere, but never mentioned by name. 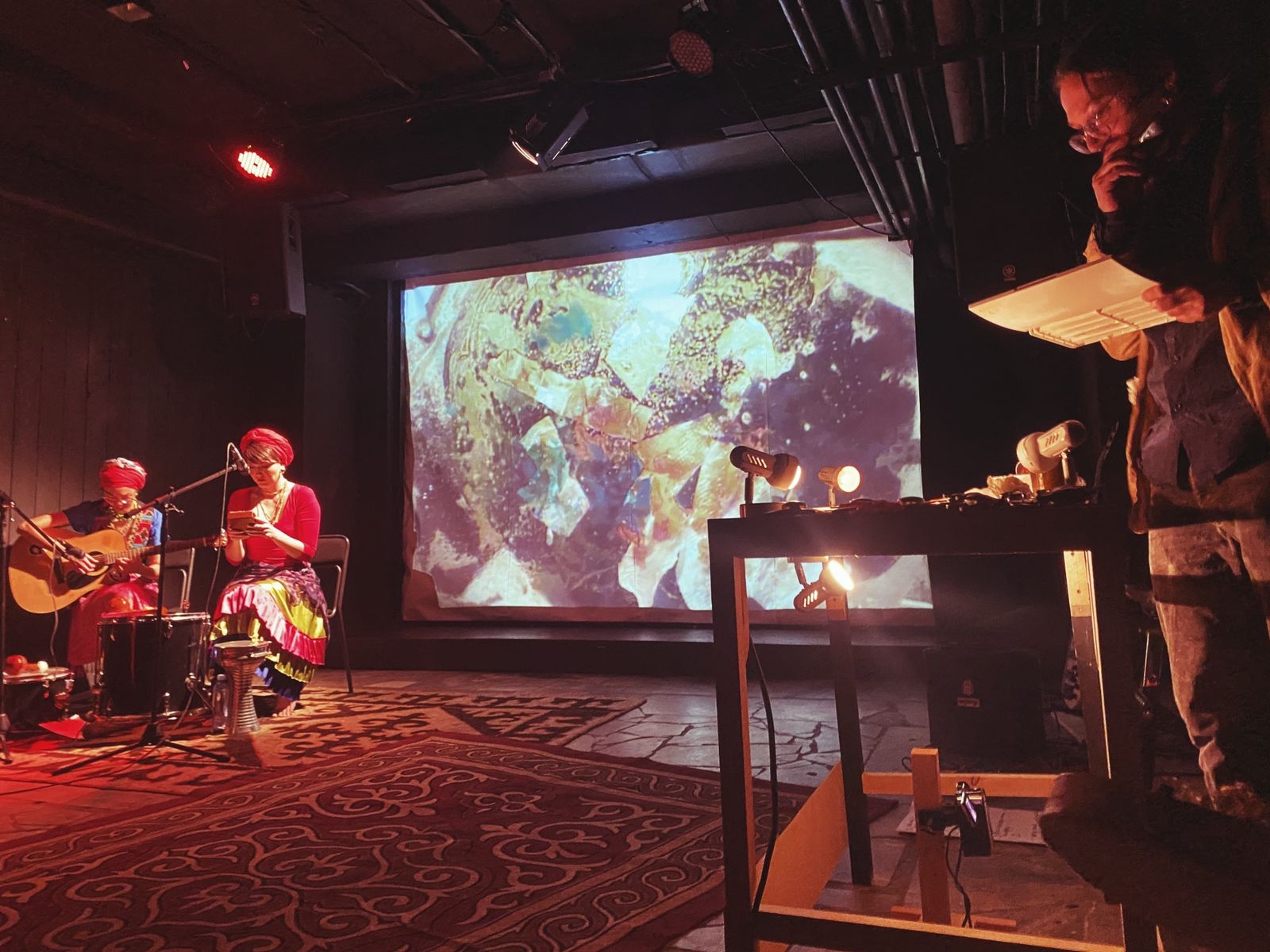 “The Autumn of the Patriarch” at Almaty's ArtiShok theater. (courtesy photo)

The reading began with a description of a presidential residence turned over by protesters, the audience of around 100 Almaty residents hanging on every word.

Just a few months ago, staging a performance of Gabriel García Márquez’s classic novel “The Autumn of the Patriarch” in Kazakhstan might have been considered subversive.

But with Kazakhstan’s own long-time patriarch fading from public life after the country suffered its worst violence of modern times, this performance was more about release – or, as the show’s organizers billed it, “therapy.”

The nameless dictator in García Márquez’s story is a military man in charge of an unidentified Caribbean country, who lives to see his people fall out of love with him.

The nearly two-hour February 4 performance put on by the ArtiShok theater company packed the group’s cellar venue in central Almaty – their first production since the January unrest.

The challenge of reciting García Márquez’s breathless prose in Russian fell on creative director Galina Pyanova, who donned the bright clothing of a Caribbean fruit seller and was backed up by two similarly attired musicians.

Every so often, an actor portraying the patriarch appeared in silhouette on a screen, frail and bumbling, while the tyrant, speaking through Pyanova, waxed lyrical on his brutal reign. During the intermission, the audience was served cognac and wine in tea bowls. 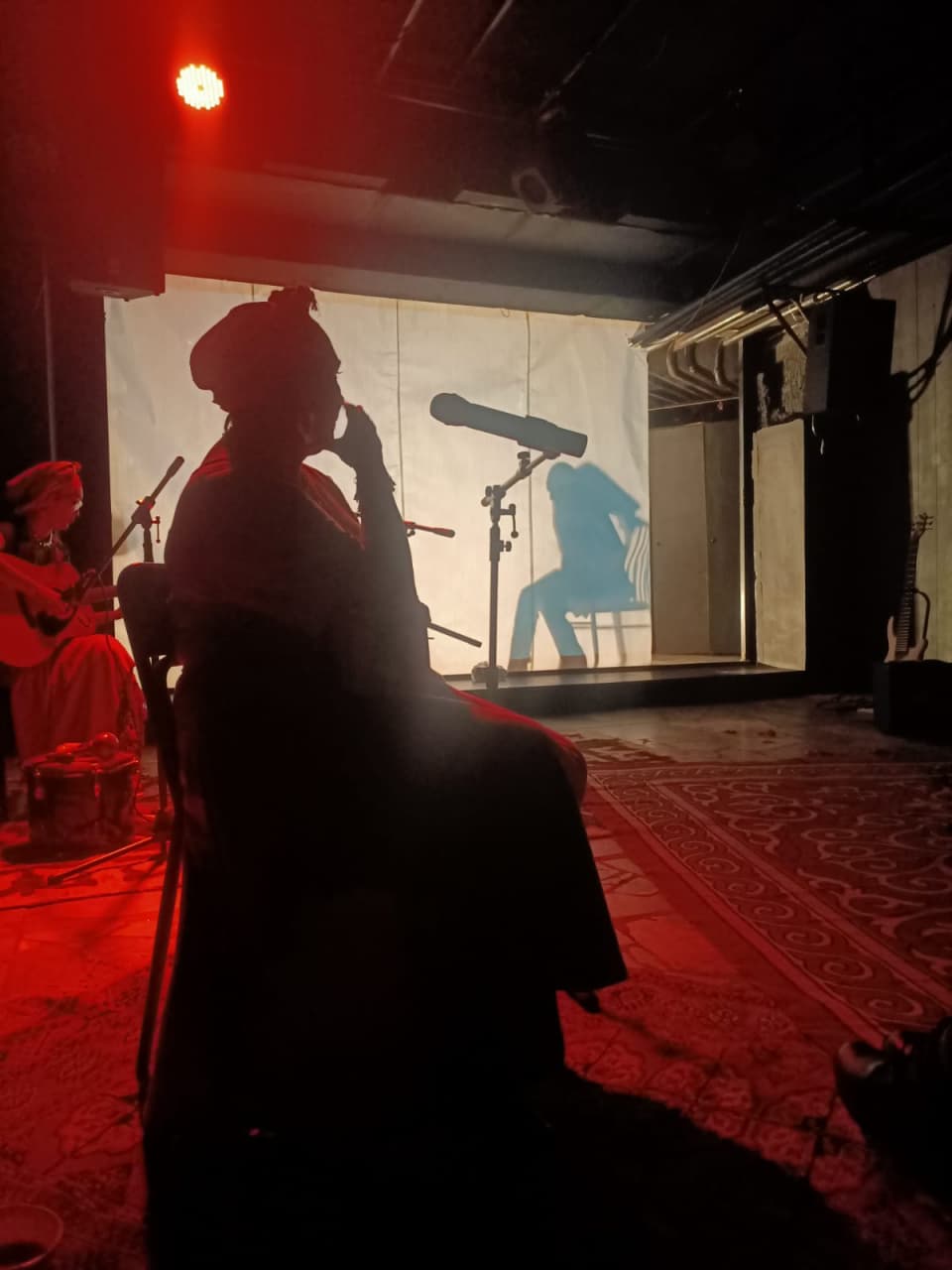 ArtiShok styles itself as a theater rooted in the concerns of its community.

In 2019, after gold medal-winning figure skater Denis Ten was murdered in broad daylight in Almaty, the group staged readings of Facebook posts reacting to his death.

Pyanova told Eurasianet that when the unrest first began in Almaty last month she had thoughts of fleeing the city with her family.

Instead, she stayed at home and used the nearly week-long Internet blackout to return to her bookshelves.

“If they taught this text in schools, perhaps the person that rules the country would not go down the wrong path,” Pyanova told Eurasianet of “The Autumn of the Patriarch.”

“Even if they [dictators] are not torn apart by a crowd, they will be destroyed. That internal rot is so much more terrible than protesters overrunning a palace,” Pyanova said.

García Márquez described his novel as a musing on the “solitude of power.”

The dictator emerges from the story as a pathetic and paranoid figure. Over the years his interest in governance fades. Power becomes a means to guarantee his personal security and indulge his predatory sexual appetites.

One section read by Pyanova covers his murder of his closest comrade, General Rodrigo de Aguilar, the defense minister and the only man allowed to beat him at dominoes.

Another recounts the funeral of the dictator’s body double, which causes an outpouring of joy. Having tricked his population, the enraged dictator launches a purge.

Despite his vices, the dictator's extreme isolation evokes pity more than anger.

“It was interesting to see the general’s life and his complexes. We think that ruling a country is easy, but there are many nuances,” Polina, a young viewer, told Eurasianet.

At points, the production felt stretched out, reflecting, perhaps, the ennui of a supremo's reign.

But the applause at the finish was an outpouring, and the revelation that the actor playing the doddery old patriarch was in fact a young man offered a sense of renewal.

Psychologist Anastasiya Kurbanova told Eurasianet that initiatives like ArtiShok’s are important in the context of the mental health challenges unleashed by January’s events.

“[Some people] are suffering panic attacks; for someone it is a pain in the stomach, for someone else in the heart. People tend to keep these things to themselves. The idea that you are not alone, that many are experiencing similar emotions, is a strong form of support,” Kurbanova said.