After two days of unrest, Kyrgyzstan's ex-president is captured

Observers worry the political crisis sparked by this standoff will come at a cost to long-term stability and prosperity. 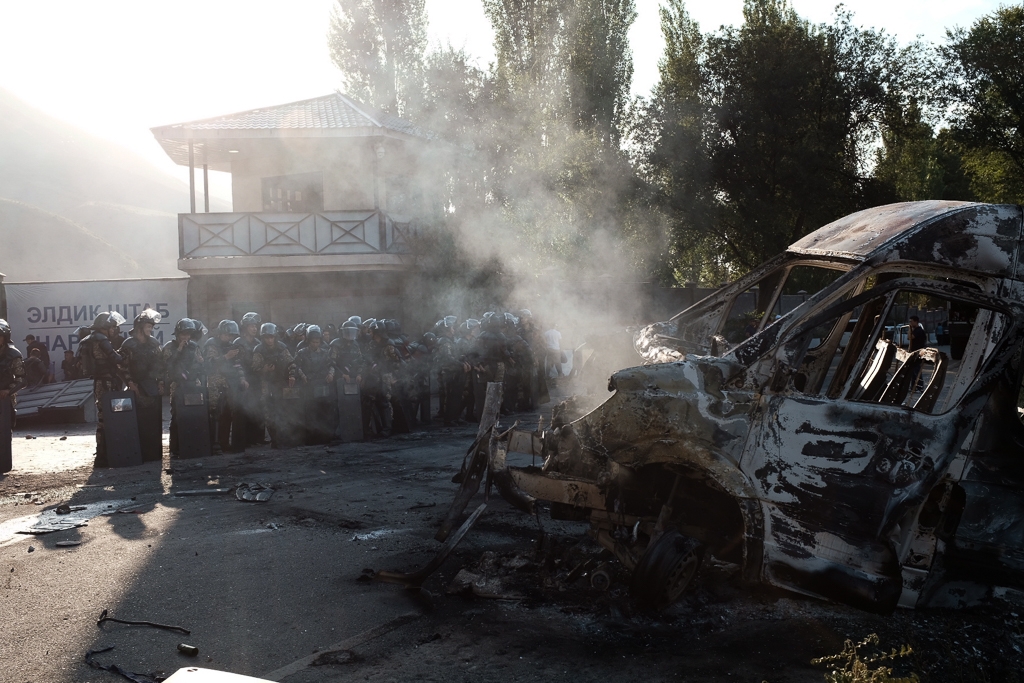 Outside the former president's compound (photos by Danil Usmanov)

On their second attempt in two days running, government forces in Kyrgyzstan managed on August 8 to detain former president Almazbek Atambayev, thereby securing a hard-won victory, if only at the risk of fueling longer-term unrest.

Authorities had resorted to force after Atambayev refused multiple summons from investigators to come in for questioning in relation to an ongoing criminal probe. By putting up such a stern resistance, which claimed at least one fatality, the former president may now face considerably more serious judicial reprisals at the hands of an enraged and humiliated government.

Local media reported that Atambayev surrendered to government forces after hours of tense negotiations that played out as riot police in the countryside surrounding his compound clashed with aggressive supporters.

Even after Atambayev gave himself up, the sporadic sound of gunshots continued ringing in the air. On the most direct road into the capital, Bishkek, rioters faced off against police, pelting them with rocks. 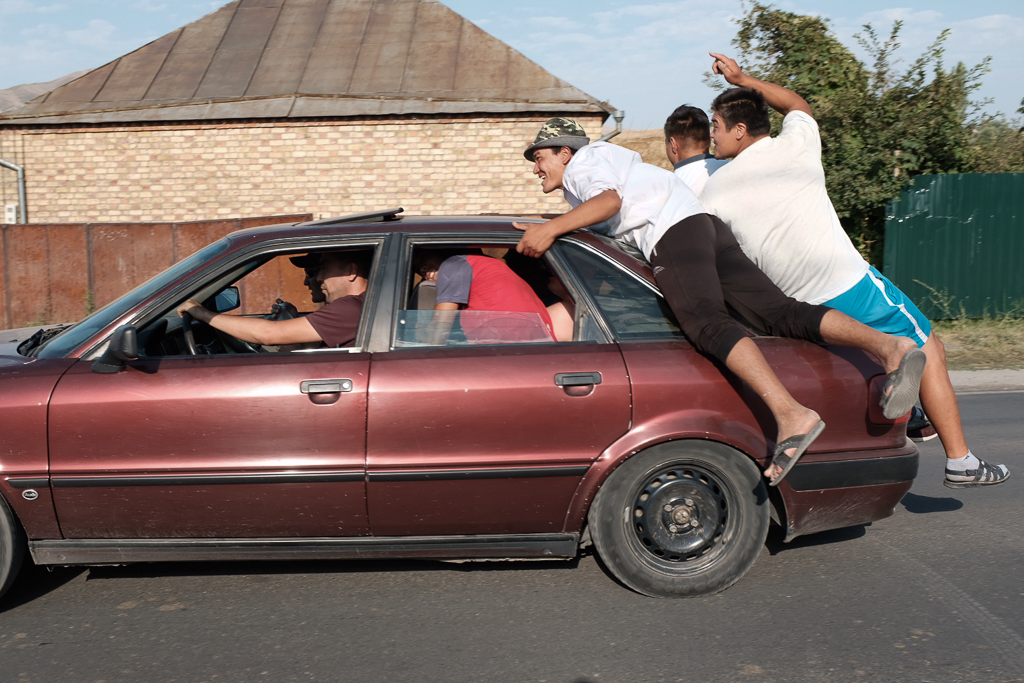 Officials said the captured ex-president was being taken to the Interior Ministry for processing and that he would face questions about the unrest of the previous day. Overnight Atambayev told supporters that he personally took part in the standoff and that he fired five or six rounds with his weapon as government troops stormed his home. “I tried not to hit any of the spetsnaz, but somebody kept pushing them forward. I immediately warned that I would resist,” he said.

That first attempt to capture Atambayev had failed humiliatingly, prompting the head of the security services, Orozbek Opumbayev, to offer his resignation. One special forces soldier was killed during the clashes. At least six others were taken hostage overnight and later released. Opumbayev said he rued not giving his men orders to shoot to kill.

Government forces arrived in larger numbers this time. Internet and mobile communications were also disconnected, making it hard to receive regular information about how the operation was being conducted.

Many reporters were unable to get any closer than a checkpoint a few kilometers north of the compound in the village of Koi-Tash, where Atambayev has been holed up since June. In the late afternoon, however, clashes broke out even there between rioters and the line of police barring the road.

According to some reports, government forces managed to penetrate cordons around the Atambayev compound by 5 p.m. After that, the details are hazy. Several hundred people appear to have been engaged in running battles. Images captured by a photographer for Sputnik news website showed a long column of helmeted riot police carrying shields heading toward Koi-Tash.

The country’s leadership was stunned by the August 7 fiasco. President Sooronbai Jeenbekov made no public address for more than 12 hours. When he finally spoke to an emergency session of parliament, he had a terse message for Atambayev, his mentor-turned-foe: if the authorities previously only wished to bring him in for questioning, now he was a wanted man.

“We did not want there to be any bloodshed, so we used rubber bullets. If yesterday we were summoning him as a witness, now we will be charging him with a serious felony,” he said.

Jeenbekov and Atambayev were once fast allies. But when the former took office, in late 2017, he bristled at the sense that his predecessor expected to continue playing a role in running the country. Before long, a number of Atambayev cronies left as holdovers in the government were dismissed and then arrested on various charges.

In June, parliament voted overwhelming to strip Atambayev of the immunity from prosecution afforded to former heads of state. The ex-president interpreted that as a signal that he too would soon face arrest, likely on corruption or abuse-of-office charges.

Jeenbekov did not stick around for questions from parliamentarians, but the prime minister and several senior security officials were subjected to a heated grilling. Some MPs furiously queried why such a heavy-handed approach was adopted. Others decried the lack of leadership that left frontline law enforcement forces without the proper equipment to do their job.

With Jeenbekov’s signal that no compromise was being considered, security forces doubled down their efforts to besiege Koi-Tash. Busloads of police officers were dispatched to Atambayev’s redoubt, which is set in a sprawling compound a brief drive from Bishkek. 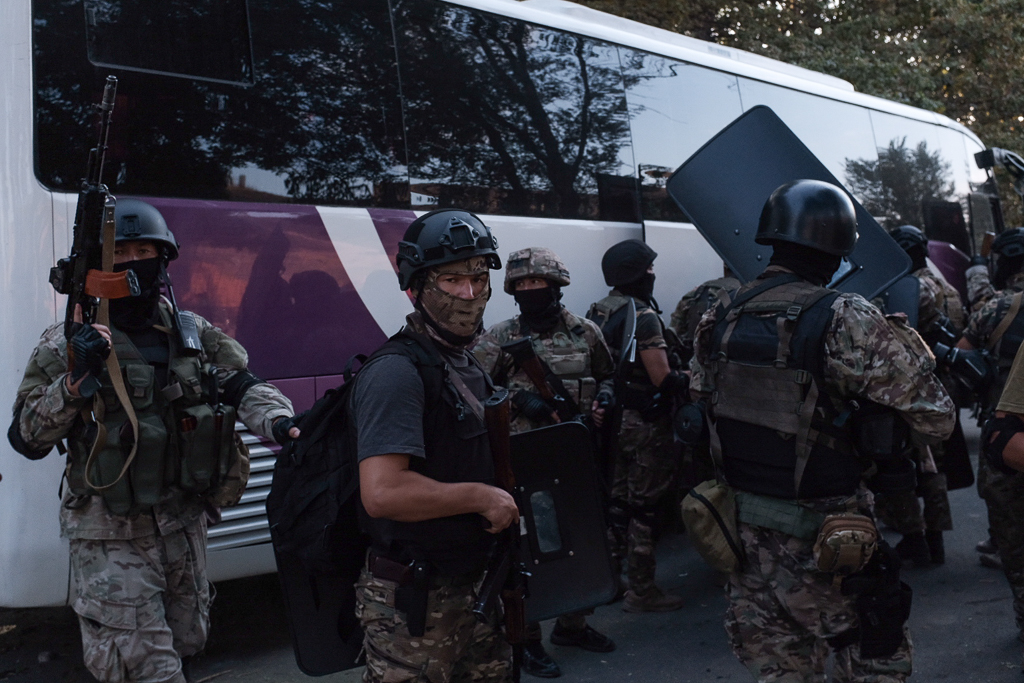 This standoff was about more than just messy local politics.

Sergei Naryshkin, the head of foreign intelligence in Russia, which has an important military air base in Kyrgyzstan, said he was troubled by how bad the crisis had become.

“In the last few days, the conflict had reached a critical level,” Naryshkin was quoted as saying by Russia’s state-owned Sputnik news agency.

Atambayev appeared to have secured a reprieve two weeks ago, when he met in the Kremlin with Russian President Vladimir Putin, who explicitly urged Jeenbekov to refrain from escalating political tensions. This was widely interpreted as a signal that an arrest was not imminent. Those guarantees do not appear to have proven sufficient.

There is also a financial cost to all this.

Dastanbek Djumabekov, the speaker of parliament, said the tourism industry, which is particularly strong in Kyrgyzstan, will have been adversely affected.

“Our economy has suffered a major blow. This must not happen again. Everything should be resolved within the framework of the law,” Djumabekov said.

Sergei Ponomaryov, the head of a business lobby, said he had heard from foreign investors from Kazakhstan, Russia and Turkey who were cancelling business trips over fears that Kyrgyzstan was about to be plunged into another cycle of political bloodshed, as happened in 2010.

And even with Atambayev detained, the political turmoil is unlikely to dissipate altogether. As the ex-president was being driven away from Koi-Tash by security service operatives, an unspecified number of his supporters was reportedly converging on the capital. 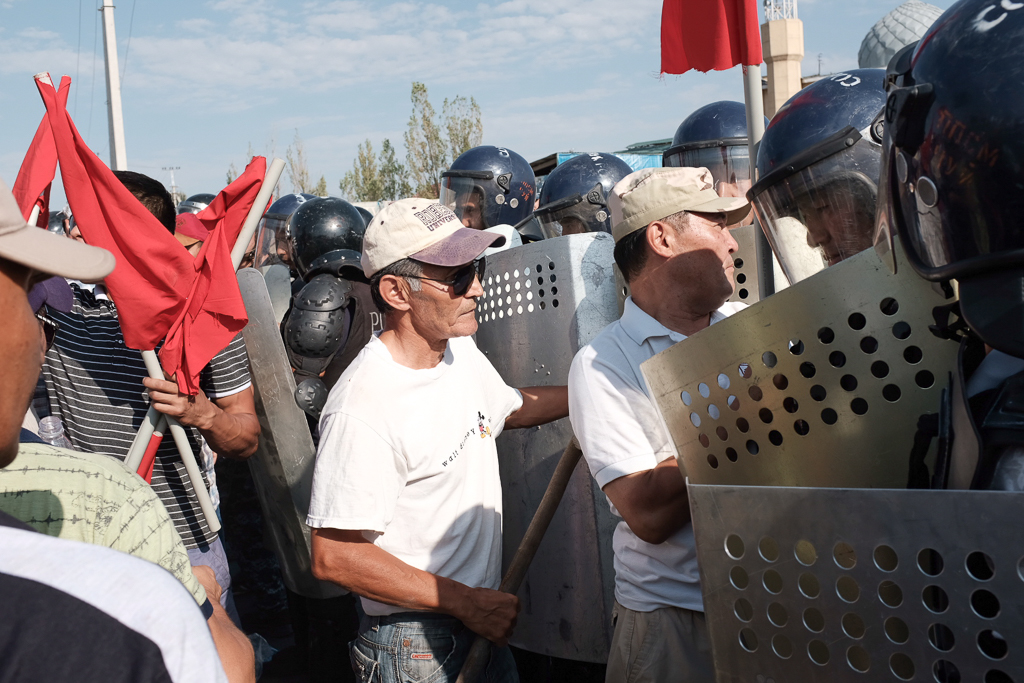 Jeenbekov and the government will struggle to recover from this embarrassing episode.

“This was truly a failed operation,” said political analyst Mars Sariyev. “Enormous damage has already been done to the reputation of law enforcement agencies. The country's political elite has demonstrated its failure.”