Mirziyoyev’s economic reforms have produced wins and losses, while he has tiptoed around the thorny matter of political reforms. 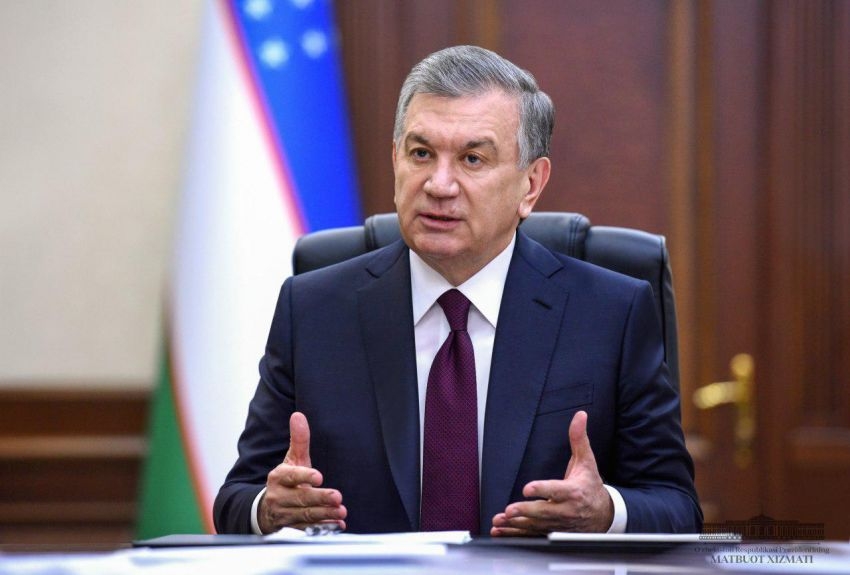 For its first 25 years of independence, Uzbekistan was a spiky creature.

It mostly shunned multinational blocs, engaged only cautiously with large partners and was outright hostile to its neighbors. Inside the country, authorities terrified the population into submission.

The death of the tyrant Islam Karimov in September 2016 marked a turning point of sorts. President Shavkat Mirziyoyev, who was formally inaugurated in December 2016, has hung an “open for business” sign on Uzbekistan’s door to the outside world and sought better relations with all neighbors. Progress inside the country has been more halting – there is still no real evidence the government is intent on adopting root-and-branch political reforms.

Late last month, Finance Minister Jamshid Kuchkarov declared during a presentation on planned structural reforms for 2019-2021 that Uzbekistan intended to obtain a sovereign rating by the year’s end. Kuchkarov said the government was in talks with Fitch, Moody’s and Standard & Poor’s to that end.

“Of course they are not revealing what evaluation they will provide,” the minister was quoted as saying by Gazeta.uz. “We have objective minuses and objective pluses.”

The ambition outlined by Kuchkarov was for Uzbekistan to make a foray into the debt market by early 2019. When this happens, it will arguably mark a capstone to the domestic economic reforms enacted by Mirziyoyev so far.

Yuliy Yusupov, an economist who has been a prolific commentator on the reform agenda, points to several developments he finds to have been particularly revolutionary. Changes to the tax and customs systems, the simplification of the visa regime and efforts to develop the digital economy are some.

“But the most important change in the economy has been monetary liberalization. We haven’t had [currency] convertibility for a long time. Now enterprises can easily buy cash for export-import operations. The old economic model was hogtied in the absence of convertibility,” Yusupov told Eurasianet.

The inevitable reverse side of this wave of liberalization has been the soaring price for everyday staples, from food to gas. According to Minsk-based economic news portal BelaPAN, which studied data from all the countries in question, Uzbekistan ranked first among former Soviet republics for inflation between January and October. The figure for Uzbekistan was 9.5 percent. The only other nation to come close was Ukraine, at 7.4 percent.

In a generally rosy evaluation of reforms made to date, a group of specialists from the World Bank and the International Finance Corporation earlier this week nonetheless identified four areas crimping development.

The private sector is not creating enough work and too many are still forced to go abroad for jobs, the specialists said. There is a gap where there should be medium-sized, fast-growing companies, so “most jobs are in agriculture and services, and state-owned enterprises dominate the formal sector.” Weak export competitiveness represents a missed opportunity just as the appetite of Asia’s consumer class is on the ascendancy. And energy waste in Uzbekistan is both economically and environmentally harmful.

France-based political analyst Kamoliddin Rabbimov is gloomy about the country’s prospects. As far as ordinary Uzbeks are concerned, he argues, reforms have led to an increase in the cost of living and produced little by way of practical benefits. In the meantime, Mirziyoyev has tiptoed around the thorny matter of political reforms.

“In his speeches, this new president makes little use of terms like democracy, human rights and public oversight. It is likely that Mirziyoyev does not want to resemble his predecessor in this regard. The more Karimov would speak about democracy, the harsher his dictatorship would become,” Rabbimov told Eurasianet.

Mirziyoyev’s tenure certainly began on the right track. As Human Rights Watch, or HRW, has documented, the government has so far released 35 people jailed on political grounds. The most eye-catching gesture of this type was among the first. In February 2017, Muhammad Bekjanov, a political journalist who is also the brother of a well-known exiled dissident, was allowed out of prison after serving 18 years.

Many more need to be released until this softening can appear credible, however. And HRW argues that systemic changes are also needed to ensure the law is not exploited to target politically incommodious figures.

“The government should […] amend vague and over-broad criminal code provisions relating to extremism that are commonly used to criminalize dissent […] and bring them into compliance with Uzbekistan’s international human rights obligations,” HRW said in a statement last month.

HRW researcher Steve Swerdlow has told Eurasianet that he believes the government needs to make more effort to ensure that security services, police and prosecutors are placed under further scrutiny from parliament and the media.

Authorities insist they are adopting practical steps toward the previous default criminalization of certain sections of the population. In remarks to journalists on December 19, the Prosecutor General insisted that the state’s blacklist of people suspected of harboring extremist religious views has been abolished.

“The recently adopted law on combating extremism testifies to how methods on preventing terrorism and extremism are changing, and that the emphasis is now being placed on prevention,” Deputy Prosecutor General Erkin Yuldashev was quoted as saying by RFE/RL.

Looking at the bigger picture, it is evident that Uzbekistan remains at a standstill when it comes to reimagining governance.

"In the first months after his election, Mirziyoyev spoke about the need to elect governors at all levels and strengthen the role of political parties. He also spoke about the usefulness of the opposition. But two years later, the vertical of power is as unshakeable as it was under Karimov,” said Rabbimov.

Sebastian Schiek, a researcher at the Berlin-based German Institute for International and Security Affairs, attributes this apparent rigidity to Uzbekistan’s decision to go down the path of smart authoritarianism – a form of rule that blends economically indispensable global engagement and soft repression.

“Becoming a smart autocracy and implementing economic reform […] will require both political reform and societal reform. The most difficult tasks will be to decentralize the political system, professionalize the state administration, create a new class of private economic entrepreneurs, and organize the relationship between the state and this entrepreneurial class,” Schiek wrote in emailed remarks to Eurasianet.

Schiek also explained that smart autocracies usually implement some kind of mechanism for civic participation. There is some slender evidence this is happening in Uzbekistan, although genuinely grassroots initiatives are few and typically ad hoc, and the government cannot quite shake the habit of trying to nurture an astroturf civil society.

The trajectory of Mirziyoyev’s time in charge so far speaks to a tightrope act that few nations have pulled off successfully.

“The best model would probably be Singapore, although this is hard to achieve economically and politically. The crucial factor for stability in Uzbekistan will be whether the government manages to develop the economy and create inclusive growth,” said Schiek.