This year it is spending more than 10 percent more than it did before its 2020 defeat of Armenia, and is planning to spend even more in coming years. 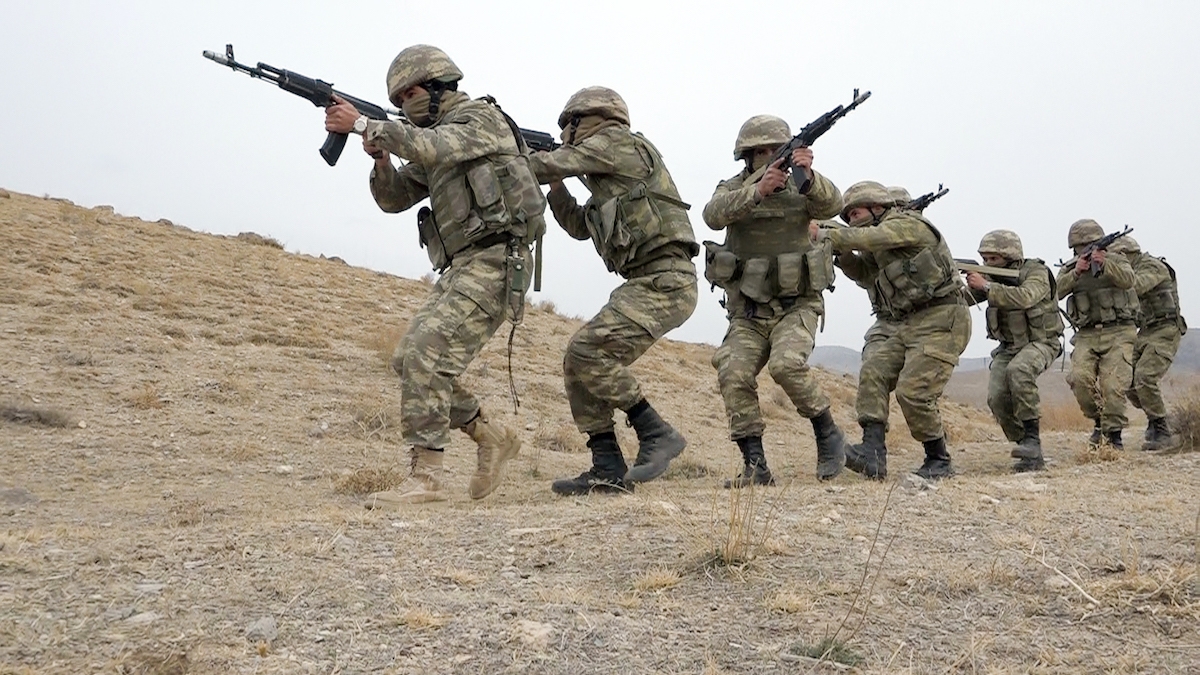 For years, Azerbaijan has been one of the world’s biggest spenders on its military, building up its forces for a potential war with Armenia. Now that that war has taken place, with a resounding Azerbaijani victory in 2020, Azerbaijan’s military spending keeps going up.

The country is spending $2.6 billion on defense and national security in 2022, the same as in 2021 and up from $2.2 billion in 2020. The 2021 figure represented 5.3 percent of the country’s GDP, the fifth-highest figure in the world, according to a new report from the Stockholm International Peace Research Institute (SIPRI).

And it’s projected to keep going up: By 2025 defense spending is budgeted to reach nearly $2.8 billion, according to the Ministry of Finance.

“Each day of the 44-day war [against Armenia in 2020] has been analyzed in-depth, and, of course, this analysis allowed us the opportunity to build our future army on the basis of the real situation,” President Ilham Aliyev said in an April 12 speech

Much about Azerbaijan’s defense spending remains secret, but Aliyev said that the country was arranging “the purchase of new weaponry and equipment” and increasing the numbers of special forces personnel. Those include new “blue beret commando” units based on similar units in the Turkish armed forces and now headquartered in Hadrut, in Karabakh.

“This is a very strong army contingent,” Aliyev said. “We will increase the number of commandos every year. I think it would be inappropriate to disclose information about their numbers, but everyone should know that thousands of fully trained fighters have already been and will continue to be trained.”

Aliyev has justified the increased spending by citing the fact that Armenia has yet to sign a peace agreement.

“Some circles in Armenia and Armenians of the world, Armenians living abroad are still trying to intimidate us,” he said in an April 22 speech in Shusha, in Karabakh. “Weapons, equipment, the creation of new combat units – we are doing all this precisely because there are still manifestations of Armenian fascism there, and we should always be prepared to crush Armenian fascism if it happens to raise its head ever again.”

While there are few details available on where Azerbaijan’s military spending is going, there appear to be some increases in manpower, said Jasur Mammadov, the head of the Germany-based think tank Caspian Defense Studies. “According to our estimates, there will be about 10,000 additional servicemen in newly created military units,” he told Eurasianet. All of those soldiers require equipping, training, and housing, all while inflation is increasing, he said.

With spending increasing in opaque conditions, there are inevitable questions about where the money will go. According to the most recent Defense and Security Report from corruption watchdog Transparency International, Azerbaijan ranked in the bottom tier of countries with a grade of “F.”

“In Azerbaijan, defense governance mechanisms are poor and corruption risks critically high,” the report concluded. “With the military answering directly to the president, the parliament exercises virtually no control over the sector and information on defense-related decisions is not accessible to the public. Azerbaijan’s public procurement legislation explicitly forbids the use of open tenders in defense procurement, making the acquisition process highly opaque.”

Mammadov agreed: “According to our research, there is a lot of corruption in the Ministry of Defense and other military structures, and under the slogan of the victory of the Azerbaijani army there are a lot of dirty machinations,” he said.

Gubad Ibadoglu, an economist and opposition politician, said that even with the high standard of corruption in Azerbaijan, the defense budget stands out. “The scale of corruption there is not in the tens of millions but hundreds of millions a year,” he wrote in a recent Facebook post.