"It's very unpleasant to hear that LGBT is a headache for the government. But let's face it, it is.” 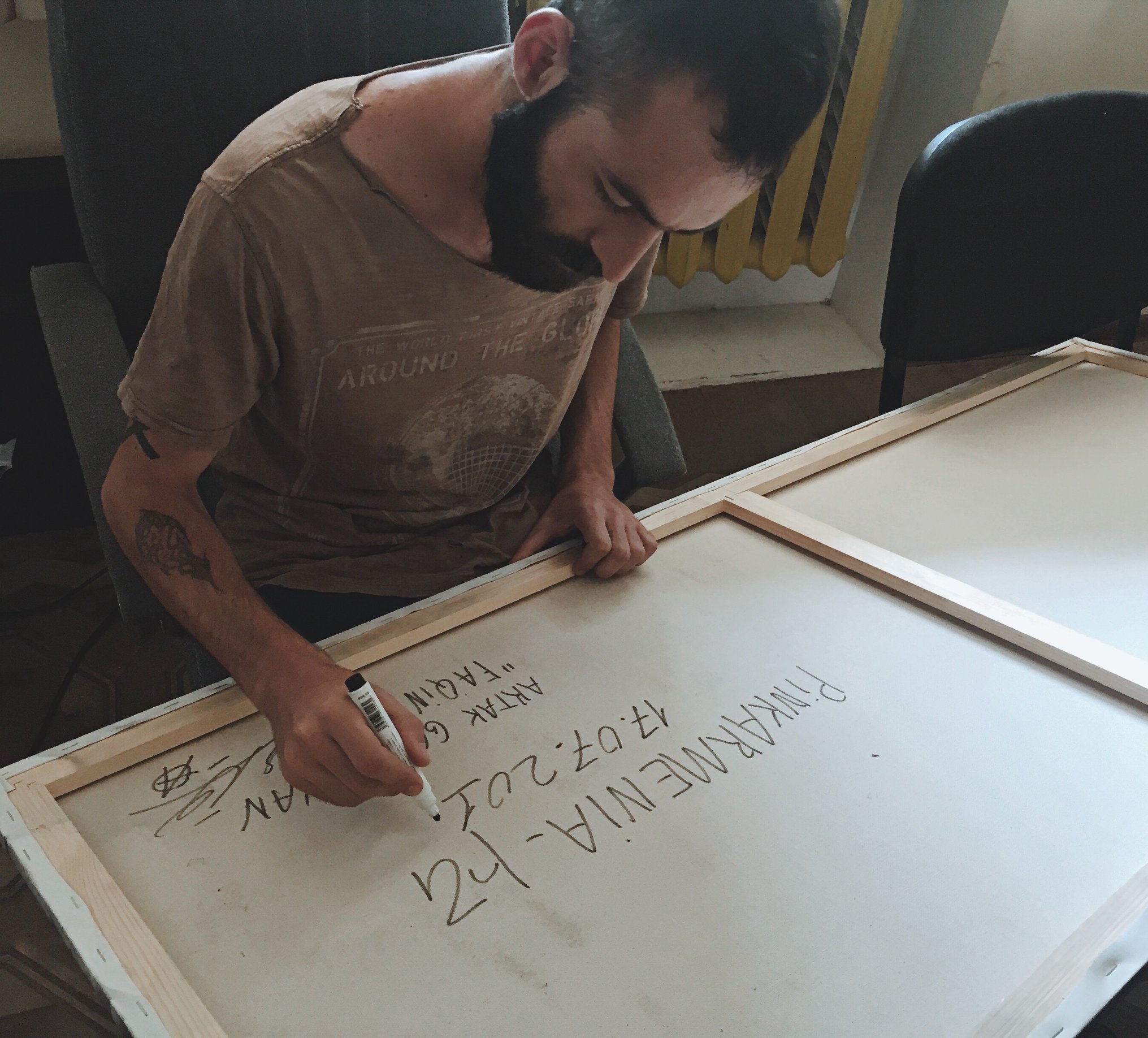 As Armenia prepares for historic parliamentary elections, a familiar topic has emerged as a wedge issue against the new government: LGBT rights.

In mid-October, a lawmaker from the Prosperous Armenia Party introduced a law that would ban same-sex marriages. Another law, introduced a week later by the formerly ruling Republican Party of Armenia, would ban so-called “gay propaganda.”

These legislative efforts have been accompanied by a marked rise in anti-LGBT rhetoric from the same parties.

“I have always said that the visible enemy, Azerbaijan and Turkey, are less dangerous than the invisible enemy – that is, an ongoing anti-national, immoral, anti-Christian propaganda which has grown thanks to various propaganda machines so that nowadays people are not surprised when they see homosexuals on the streets,” said Eduard Sharmazanov, the Republican speaker of the parliament, in an August interview with news site Henaran.

“We should all come together and banish homosexuals, sectarians, and their sympathizers from our holy land,” wrote Gevorg Petrosyan, an MP from Prosperous Armenia, on his Facebook page.

This comes as Armenia is preparing for elections in December that are expected to give a decisive mandate to Prime Minister Nikol Pashinyan, who rose to power on the back of spring street protests but who is still working with a parliament filled with his opponents.

The concerted effort by Pashinyan’s opponents to make LGBT rights a campaign issue is a clear attempt to discredit the new government, LGBT activists say. “They had all these years to do this [pass these laws], why do they care about it now?” Mamikon Hovsepyan, executive director of PINK Armenia, an LGBT rights group, told Eurasianet.

Pashinyan has not in the past spoken much about LGBT issues, though gay rights groups supported the protests that brought him to power. Sharmazanov, in the interview, blamed Pashinyan and his team for not disavowing that support. “Why don’t they deny that this community had anything to do with what happened?” he asked. “Silence is a sign of agreement.”

The tumult has forced the prime minister to walk a delicate line between a culturally conservative population and a more liberal elite that was central to his rise to power. In late October, Pashinyan was asked during a session of parliament about an upcoming conference on LGBT issues to be held in Yerevan, and gave a somewhat tortured response.

“In Armenia and around the world there are people who have a non-traditional sexual orientation,” he said. “What we do about these people, how do we treat them? In the Soviet Union it was clear, if someone would be identified [as LGBT] there was a law to send them to prison. Before, they would be hanged or shot. So what do we do today? The LGBT issue is always a headache for a government.”

LGBT activists said they didn’t like Pashinyan’s answer, but blamed his opponents for demagoguing the issue. "It's very unpleasant to hear that LGBT is a headache for the government. But let's face it, it is,” said Hasmik Petrosyan, a lawyer for PINK Armenia. “In such political turmoil, when everything will be used against you, it’s hard to change the direction of the narrative. The LGBT issue is being artificially put on the agenda for political reasons, to manipulate the public.”

Neither of the bills introduced by the opposition advanced. The government must approve draft laws before they can be considered by parliament; the government has yet to rule on the same-sex marriage bill and rejected the “gay propaganda” bill outright.

The conference that Pashinyan was grilled about – the Forum of LGBT Christians of Eastern Europe and Central Asia – is scheduled for mid-November. This is the 14th iteration of the conference, which normally gathers around 50-70 people from around the region and has previously been held in Russia and Ukraine. Yerevan was picked for this year’s event long before Pashinyan came to power, said Misha Cherniak, one of the organizers.

Anti-Pashinyan politicians have attacked the forum, and a variety of groups have emerged on Facebook to organize events against it. One protest already took place, on October 5, when a small group marched toward the prime minister’s residence, claiming to be "against perversion, homosexuality, and traditional family distortion” and demanding Pashinyan not allow LGBT conferences. Other opponents have called for protesters to gather in Yerevan’s central Liberty Square on November 14, the first day of the forum.

Hovsepyan, the director of PINK Armenia, said he believes the protests are organized by figures associated with the former government, as well as other anti-Pashinyan politicians and oligarchs. “They say ‘we don’t have any funding’ but they show up at protests with huge posters that even we can’t afford, and we don’t hide that we have funds,” he said.

In spite of the heightened tension, including an attack on a gathering of LGBT youth this summer, Cherniak said he is not worried about holding the event in Yerevan. “Even though there have been cases of anti-LGBT violence in the recent history of Armenia, we are sure that there is no reason for any confrontation, as our presence on Armenian land is not aimed at any form of destabilization or provocations,” he told Eurasianet. “We come with great admiration for the holy land of Armenia and the faith of its people.”