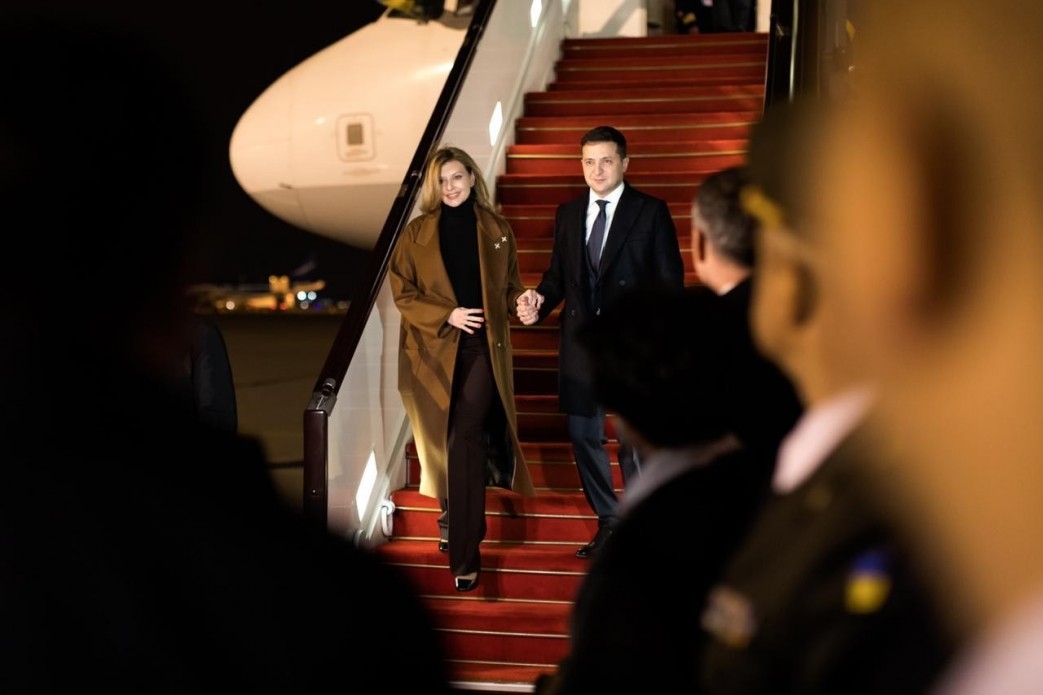 Ukraine deported an Azerbaijani government critic back to Azerbaijan days before its president, Volodymyr Zelensky, made an official visit to Baku. The extradition represented a success in Azerbaijan’s efforts to crack down on political opposition abroad.

Azerbaijan’s State Migration Service announced on December 14 that Elvin Isayev had been arrested in Baku and that two days earlier he had been deported there “for violating immigration laws in Ukraine.” It was not immediately clear what charges he faces in Azerbaijan. The migration service said he had handed himself in voluntarily.

On December 16, Zelensky arrived in Baku for talks with his Azerbaijani counterpart, Ilham Aliyev, and other officials.

Isayev had been living in Russia since the 1990s and had only recently relocated to Ukraine. In September, the European Court of Human Rights (ECHR) ruled that Russia could not deport Isayev to Azerbaijan after his lawyers argued that he would be in danger should he return to his home country. Russia complied with that ruling, but Isayev nevertheless shortly thereafter moved to Ukraine; some of his associates reported that from there he was hoping to get asylum in a European Union country.

Isayev is a representative of a murky, quasi-opposition world of Azerbaijanis who live abroad and criticize the government, while also criticizing the more traditional opposition and who are often accused of having some kind of government connections. Isayev is best known for his vulgar diatribes against the ruling family (in particular first lady and first vice president Mehriban Aliyeva) as well as against other opposition activists. He frequently collaborated with another, even more notorious figure, the UK-based Gurban Mammadov.

“Isayev is known for scandalous video messages on social networks with serious accusations against the Azerbaijani authorities and politicians, which, however, were not supported by concrete evidence,” reported the independent Azerbaijani news agency Turan.

In the rife-with-infighting world of the Azerbaijani exile community, speculation swirls about what Isayev’s real agenda is, and his arrest and deportation occasioned little sympathy.

He made few friends during his short time in Ukraine, as well, in particular when it became known that he was a supporter of Russia-backed separatists in eastern Ukraine.

Nevertheless, the timing of the extradition – four days before Zelensky’s arrival – struck many as an ugly quid pro quo. One human rights organization, the Kharkiv Human Rights Protection Group, noted that there may have been irregularities with Isayev’s presence in the country. However, it added, “[n]either that fact, nor his views on Russia’s aggression against Ukraine that most of us would not share, can in any way negate the fact that ECHR had ordered a halt on any deportation to Azerbaijan because he could face torture and ill-treatment. That should have applied also to Ukraine, yet it was ignored.”

Ukrainian activist Maksym Eristavi noted that while such deportations have a long history in Ukraine, Zelensky had recently promised that Ukraine would be a refuge to foreign dissidents. “We will provide Ukrainian citizenship to representatives of all nations who suffer from authoritarian and corrupt regimes,” Zelensky said in April. In August, he signed a decree simplifying the procedure for Russian dissidents to get Ukrainian citizenship.