The leaders of Armenia and Azerbaijan vowed to open new lines of communication between the two sides. 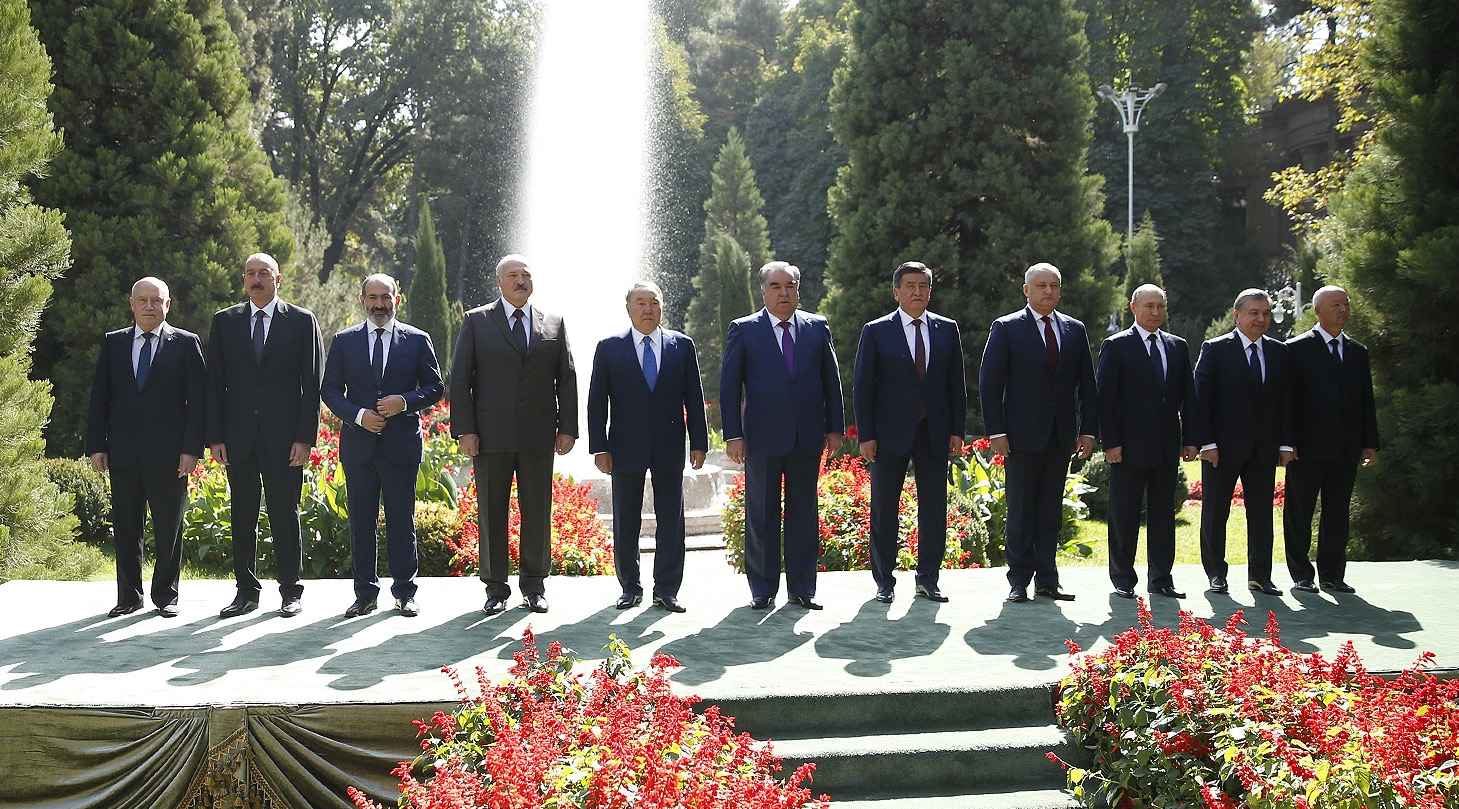 Azerbaijani President Ilham Aliyev and Armenian Prime Minister Nikol Pashinyan spoke for the first time and agreed on several steps to reduce tension between the Armenian and Azerbaijani armed forces.

The two met on the sidelines of the summit of the Commonwealth of Independent States, held in Dushanbe on September 27 and 28. Pashinyan subsequently reported on his Facebook page that the two agreed that the defense ministers of both countries would “agree to reduce incidents on the border,” to open a direct “operational” line of communication between the two sides, and to continue diplomatic negotiations on a settlement of the conflict between the two sides.

These were the first direct negotiations since Pashinyan took power in May. They were confirmed by the Azerbaijani presidential administration. A senior foreign policy adviser to Aliyev, Hikmet Hajiyev, said that it was Pashinyan who initiated the discussion.

The agreements, while vague and apparently modest, nevertheless represent a potentially meaningful mechanism for reducing the violence that continues to regularly flare between the two sides, and which hampers diplomatic progress on resolving the conflict.

“When shootings from both sides are constantly being heard, it's not very logical to talk about resolution” of the conflict, Pashinyan said. “This discussion comes up constantly: who started it, who violated the ceasefire, who shot first and who second. If we both want to truly observe the ceasefire, we should have this kind of operational contact.”

The kinds of medium-level channels that Aliyev and Pashinyan discussed used to exist, but have not been in use for several years.

“Separate meetings between personal representatives of the Armenian prime minister and Azerbaijani president could reduce the risk of misunderstandings during the intervals when the leaders and foreign ministers are not talking,” wrote analyst Zaur Shiriyev in a brief for the International Crisis Group in May. “These personal representatives could serve as a back channel, ensuring that any messages are accurately transmitted and understood. Such a format was useful in the 1990s, helping build trust and resolve thorny issues.”

No mention was made of expanding the small OSCE monitoring mission along the line of contact, a tension-reducing measure which had been discussed in other recent meetings between the two sides.

Pashinyan had earlier promised that he would insist on the right of the Armenian de facto authorities in Nagorno-Karabakh, which have controlled the territory since a ceasefire was signed in 1994, to participate in negotiations. Azerbaijan has consistently rejected those demands.

But since Pashinyan and Aliyev alone made the agreement, it “seems to signal a change in policy previously declared by Pashinyan not to negotiate on Nagorno Karabakh’s behalf,” wrote Emil Sanamyan, an analyst for the USC Institute of Armenian Studies.

Pashinyan did inform the de facto leader of Nagorno-Karabakh, Bako Saakyan, “immediately” after reaching the agreement, he said. “The agreement is acceptable to him as well.”

Pashinyan went ahead with the negotiation without the participation of Karabakh because he realized “there is no other way but to conduct a pragmatic policy on this issue. Only the Azerbaijani and Armenian sides should participate in the negotiation process,” Azerbaijani member of parliament Elman Nasirov told the news site Trend. “The illegal regime cannot be represented in the negotiations, as it is the Armenia-Azerbaijan conflict.”

Negotiating with Aliyev one-on-one isn't necessarily a violation of Pashinyan's promise to include Nagorno-Karabakh, said Tigran Grigoryan, an analyst and activist based in Stepanakert. "Lots of people have been misinterpreting Pashinyan's words," he said. "He didn't promise to directly include Nagorno-Karabakh in the negotiation process and he didn't refuse to negotiate with Azerbaijan. Pashinyan just said that he had a mandate to negotiate on behalf of the Republic of Armenia, but not the Nagorno-Karabakh Republic. And I believe he was talking about substantive negotiations."

Nevertheless, in Nagorno-Karabakh and Armenia the reaction to the agreement is wary because of a popular distrust of Azerbaijan, Grigoryan said. "However, I think that if some kind of mechanism of direct communication among the parties to the conflict is set up, it will definitely be a very positive and necessary step that could prevent possible escalations in the future," he said.

Aliyev and Pashinyan had met briefly in Russia this summer during the soccer World Cup but didn't have time to talk, Pashinyan said. This time, he had kind words for his counterpart, saying that Aliyev “leaves the impression of an educated person.” Aliyev did not publicly share his impressions of Pashinyan.