Beyond the memes, nascent democracies are horrified by the violence in Washington, DC. 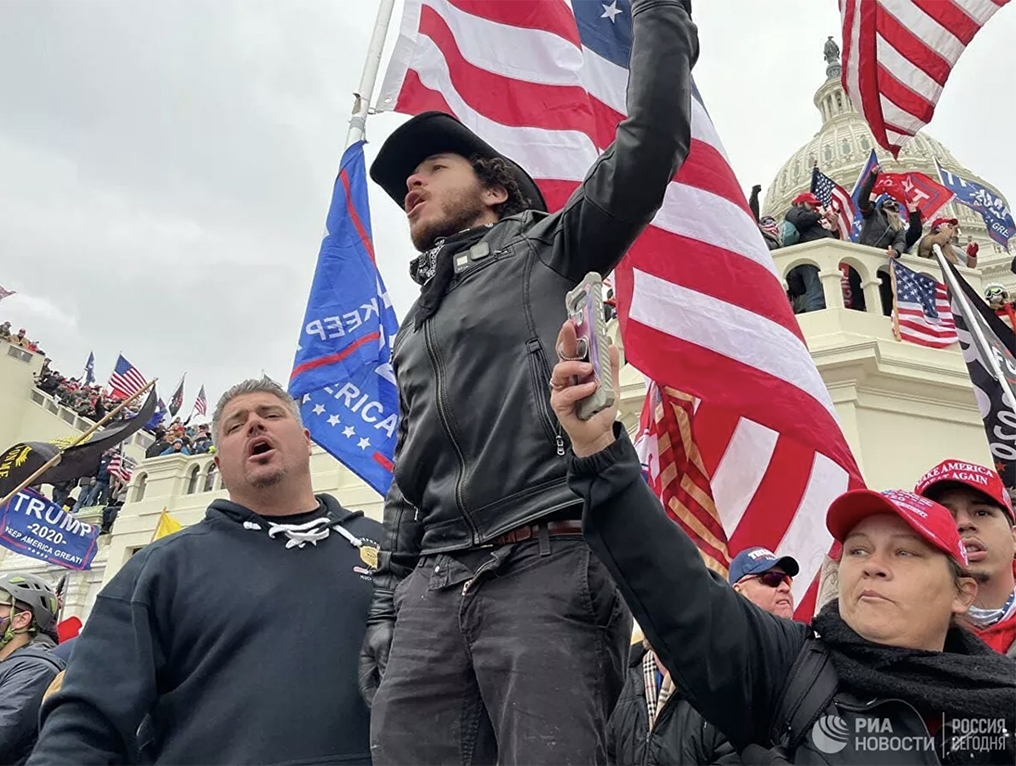 The United States is rarely compared to an ex-Soviet republic. Yet Trump supporters’ January 6 attack on the U.S. Capitol has evoked these associations in a part of the world where attacking the seat of power has become somewhat de rigueur for protestors over the past 30 years.

A flurry of memes has inevitably helped illustrate the parallels.

In Armenia and Kyrgyzstan – two countries that have seen government buildings trashed by mobs within the last few months – images are making the rounds juxtaposing protesters taking over their parliaments to rioters making themselves comfortable in America’s. “A poor parody,” the Armenian meme says of the Washington events: 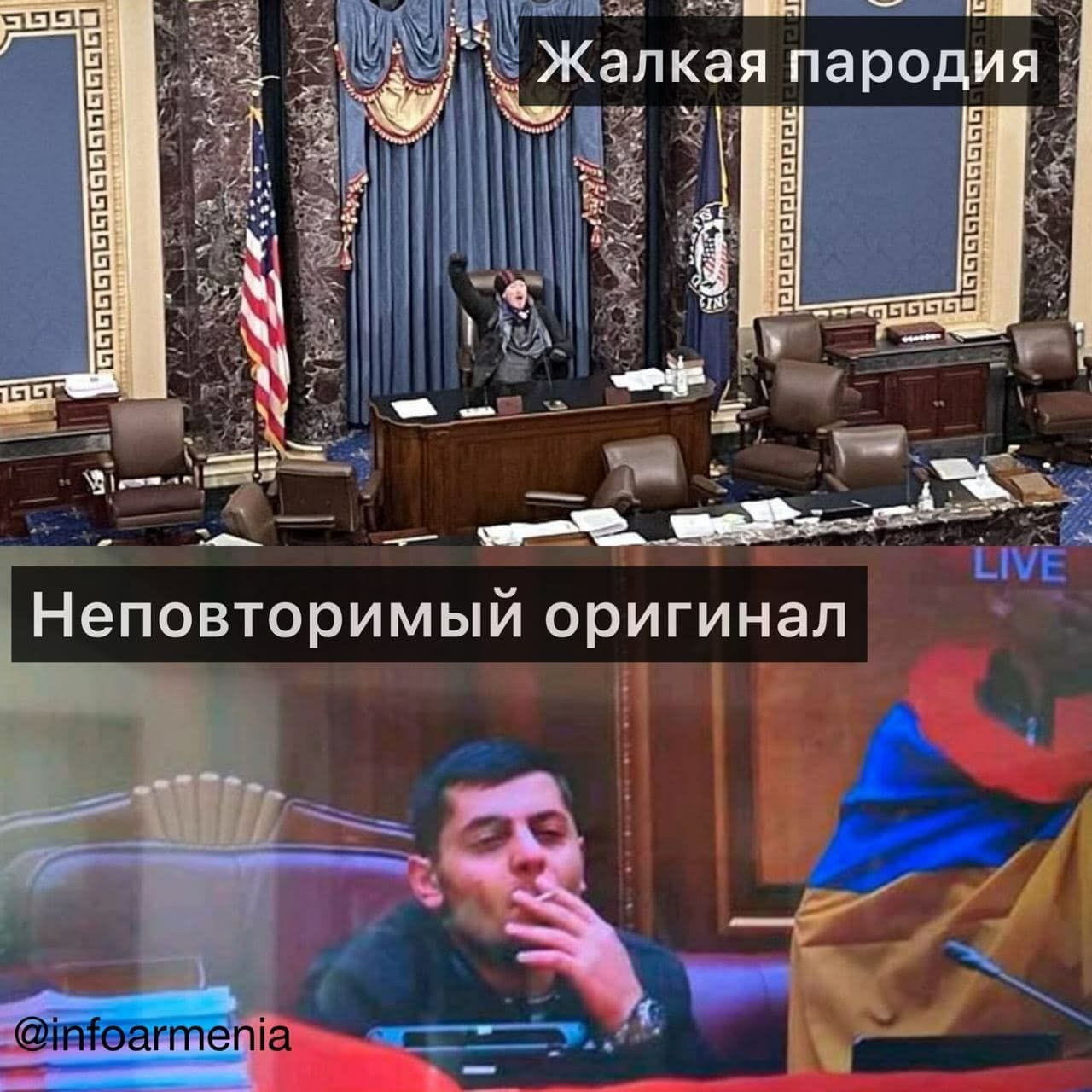 A Georgian national flag made a cameo appearance in the midst of the Capitol riots, fueling comparisons, though the flag was likely the result of geographically challenged American shopaholics confusing the state with the country. “This guy really just typed ‘Georgia flag’ on Amazon and clicked on the top result,” several Twitter users concluded.

This guy really just typed 'Georgia flag' into Amazon and clicked on the top result pic.twitter.com/jpL7XIUI0U

Across the post-Soviet world, many were in fact mortified to watch familiar scenes play out in the hallowed halls of America’s Capitol and were angered by the post-Soviet compare-and-contrast game. But at least one U.S. Senator made such a comparison herself.

Speaking on the Senate floor hours after the attack, Jeanne Shaheen, Democrat of New Hampshire, recalled her 2012 visit to Tbilisi, where she witnessed Georgia’s first democratic transfer of power. Georgia, she said, was then at a juncture reminiscent of the current situation in the U.S. – a power struggle between an outgoing president and an incoming billionaire.

“We went to Georgia in 2012 to observe officially, on behalf of the Senate, the election between outgoing president Mikheil Saakashvili and his United National Movement party, and the challenge by the Georgian Dream party, supported and funded by a billionaire oligarch, Bidzina Ivanishvili,” Shaheen recalled. “It was a battle for parliament, but also for control of the government.”

Shaheen and her colleague, Republican Senator James Risch of Idaho, found that election free and fair. “But there was a real concern in the country that Saakashvili was going to refuse to give up power. That would lead to violence. It would end the nascent democratic reforms that were happening in that former Soviet republic,” she said.

In her words, she and Senator Risch sat down with Saakashvili to talk some sense into him. “President Saakashvili listened to us and he did leave office peacefully,” Shaheen said.

Her point was that America’s leaders must uphold their own democracy and continue providing an example to developing democracies around the world.

Certainly, the storming of the legislature and President Trump’s ceaseless attacks on U.S. democracy have raised concerns in shaky post-Soviet democracies like Georgia that look to Washington for guidance and global leadership.

“Storming state institutions is unacceptable. We believe in the power of the U.S. democracy and we believe that democratic institutions will prevail,” said Georgian Prime Minister Giorgi Gakharia.

Concerns in the Caucasus are heightened by gloating in Moscow, which still claims special rights in the post-Soviet space.

Russian Foreign Ministry spokeswoman Maria Zakharova blamed the riots on America’s faulty election system, which “does not meet democratic standards.” President Vladimir Putin added that given problems with its own democracy, the U.S. has “no right to point the finger at the flaws in other political systems.”