Tashkent is working to sell its version of the deadly unrest this month to U.S. lawmakers. 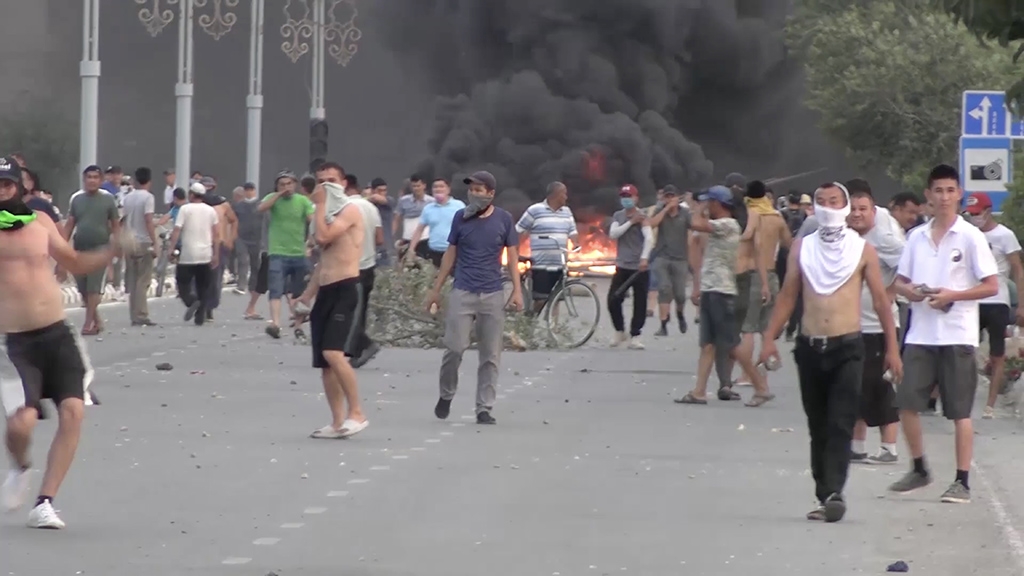 Uzbekistan has gone on an international public relations offensive over turmoil in the country’s west this month that left at least 18 people dead.

In the meantime, back home, a senior advisor to President Shavkat Mirizyoyev has been fired in a tacit admission that erratic and high-handed policymaking contributed a significant role toward the unrest in the autonomous republic of Karakalpakstan.

In a sign that the government is not prepared to assume too much of the blame for how events unfolded, however, two activist citizen journalists are being charged with attempting to seize power and sowing public unrest.

On July 11, Dunyo, the official news website of the Foreign Ministry in Tashkent, reported that Uzbek officials have reached out to U.S. lawmakers “to convey objective information about the situation in Karakalpakstan, as well as Uzbekistan’s efforts to ensure peace, stability and sustainable development in the region.”

By Dunyo’s account, the exercise yielded a positive response from congressmen taking part in a videoconference initiated by the Uzbek Embassy in Washington.

Steve Chabot, a Republican congressman from Ohio, is quoted by Dunyo as thanking the Uzbek government for providing “detailed information about the true causes of the events in Karakalpakstan.”

"Uzbekistan is a time-tested friend and ally to the United States,” Chabot is quoted as saying in remarks translated into Russian. “I am confident that your country will satisfactorily overcome this ordeal and that the reform agenda will be continued.”

Officials say that in addition to the 18 fatalities, of whom four are said to have been law enforcement officers, 243 people were injured and more than 500 detained. The government’s emerging narrative is that demonstrators were manipulated by unspecified parties into precipitating unrest with the goal of seizing power in Karakalpakstan.

Colonel Ziyautdin Zaitov, the head of police in Nukus, the capital of the autonomous republic, insisted in an interview with Eurasianet that measures taken to quell the trouble were reasonable and proportionate.

The spark for the July 1 protests in Nukus that spiraled into violence ostensibly lay in proposed changes to the constitution that would have diluted the special status that Karakalpakstan enjoys as Uzbekistan’s only autonomous territory.

Under the current constitution, Karakalpakstan has been entitled to invoke a referendum to secede from Uzbekistan since 2013. Changes to the constitution, which were unveiled to the public late last month, would have done away with that right.

Officials have claimed that the amendments were drafted following consultations with public, but there appears to be no evidence that this was the case. On July 2, immediately following the outbreak of trouble, President Shavkat Mirziyoyev dropped those particular amendments.

On July 8, Mirziyoyev’s office announced the dismissal of Zainilobiddin Nizomiddinov as chief of staff in the presidential administration. It was later reported that Nizomiddinov, 49, had been appointed first deputy chairman of the Federation of Trade Unions of Uzbekistan – an unmistakable demotion and rebuke.

Nizomiddinov, who had been in the job since August 2018, is a long-time close ally of the president. He served as an aide to Mirziyoyev when he served as prime minister. One of his tasks as presidential chief of staff – a position that is to all practical intents and purposes second in the political power hierarchy in Uzbekistan – included oversight of constitutional affairs. No changes to the constitution are likely to have been proposed or approved without Nizomiddinov’s involvement.

An unnamed government insider quoted by RFE/RL’s Uzbek service, Ozodlik, described discontent within a constitutional reform commission over changes insisted upon by Nizomiddinov.

“Nizomiddinov … didn’t listen to concerns,” the source is quoted as saying.

The Prosecutor General's Office on July 8 announced that Tazhimuratov and another resident of Karakalpakstan, Azamat Turdanov, were being investigated on charges of conspiring to overthrow the constitutional order in the republic.

Fully 14 people have been detained on related charges, prosecutors said. Many others are likely to face lesser, but still serious, charges.

Kallykhanova, who was detained in Tashkent on July 1 and disappeared from public view thereafter, is being accused by prosecutors of inciting public unrest.

Prosecutors say the authorities have received no formal complaints about the state of health of any people suspected of instigating the unrest in Karakalpakstan. Relatives and activists of detainees have expressed concerns over the mistreatment of people in custody, however.