The messaging from Moscow has been pro-Armenia but critical of its government. And some Armenians are questioning their leaders’ flirtation, as mild as it’s been, with the West. 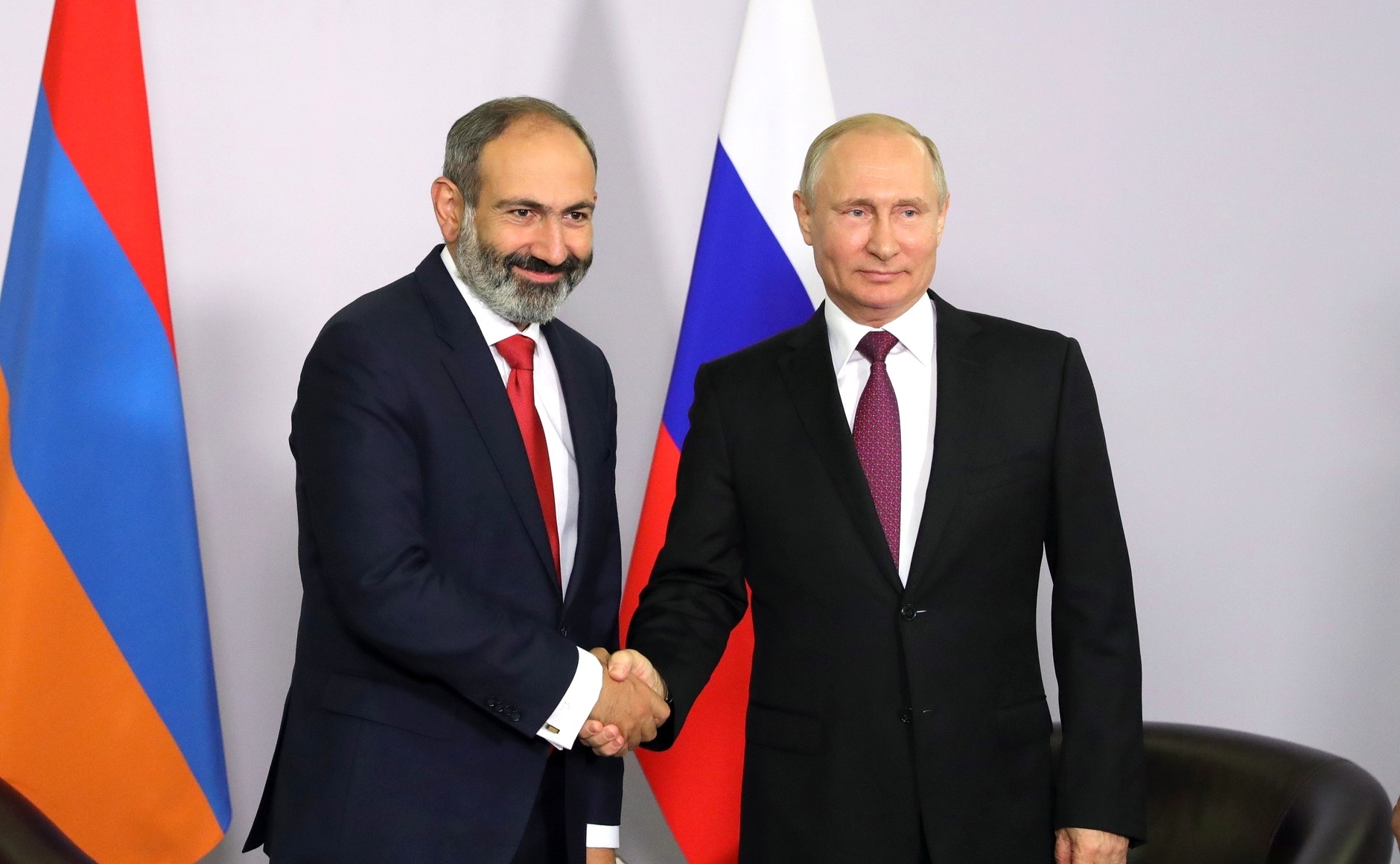 Amid their most violent conflict with Azerbaijan in a quarter century, Armenians are looking more closely than ever at their complicated relationship with Russia.

While Russian coverage of the war itself has been pro-Armenia, the Russian press has been noticeably critical of Prime Minister Nikol Pashinyan, leading many Armenians to speculate that Moscow’s relatively aloof approach to the conflict is a way to teach their leader a lesson.

At the same time, the lack of a strong response from the United States or European countries has reaffirmed for many Armenians that, for better or worse, their best hope lies with Russia.

More than 600 Armenian soldiers have died in the conflict so far, making it by far the bloodiest fighting with Azerbaijan since the 1994 signing of a ceasefire ending their first war. While Azerbaijan’s main ally, Turkey, has been outspoken in its political support and also provided substantial military assistance, Russia – which has a military base in Armenia and has a treaty obligation to defend the country in case of attack – has by contrast taken a relatively neutral stance.

Since coming to power in 2018 in what he called the “Velvet Revolution,” Pashinyan has walked a careful line. He has sought to reassure the Kremlin that Armenia’s previous geopolitical orientation, including membership in the Collective Security Treaty Organization (CSTO) and Eurasian Economic Union (EAEU), would not change. But at the same time his government includes many figures with open pro-Western sympathies who come from the world of Western-funded NGOs.

Russian media coverage of the conflict has been correspondingly ambiguous. Many Armenians have paid special attention to the nightly news talk program, “Evening with Vladimir Solovyev,” on Russian state television. The conflict has been the leading topic of discussion on the show, which has mixed support for Armenia as a state with criticism for Pashinyan himself.

On October 9, one guest – Konstantin Zatulin, the deputy head of the Russian parliament’s committee dealing with the former Soviet republics – was speaking when Solovyev interrupted him. “When I’m listening to Pashinyan speak, I don’t understand.” Zatulin answered: “I couldn’t care less what Pashinyan says … but it’s clear that Azerbaijan started the war.”

In an interview with Russian news site ridus.ru, Solovyev explained that while he respects Azerbaijan’s President Ilham Aliyev more as a leader, he also appreciated that “Karabakh is a place where Armenians have lived forever” and that Armenia is a Russian ally.

That messaging from Moscow has made Armenians wonder what the Kremlin’s intentions might be. And many are blaming Pashinyan for spoiling their ties with Russia.

“Now we will see if Russia is a real ally or not,” said one 20-something, Angela, one recent evening as she sipped wine and surfed Telegram news channels at the downtown Yerevan bar Calumet. “We understand clearly that we are standing alone against dictatorships and terrorists. That was enough for the U.S. and others to bomb Syria, but they don’t have the guts to stand up against Turkey,” she said. “Russia does, Iran does – those are our real allies.”

Her friend Karen jumped in to criticize several moves Pashinyan has made to push away Moscow and Tehran.

“Our prime minister should have been looking at the map and thinking about our national interest when he was flirting with the U.S and Europe. Building an embassy in Israel was an act of disrespect to Iran, which we value a lot. He didn’t ask us, did he?”

Karen continued: “All those criminal cases against Russian companies, the criminal case against the head of the CSTO, they were all slaps to Russia. None of that is in our national interest,” he said. “No matter how the war ends, Nikol’s head is going to roll. This isn’t Georgia or Ukraine and he can’t make us into one.”

Since the war began, Armenians’ impressions of Russia have improved overall. One opinion poll has been asking Armenians to rate various countries based on how they reacted to the war; the only country whose rating has gone up as the war has progressed has been Russia.

Even many traditionally pro-Western figures have been coming out more in favor of Russia these days.

“I’ve been talking to Western countries’ ambassadors,” said Edmon Marukyan, an opposition leader and former political ally of Pashinyan who once led an effort to get Armenia out of the EAEU. “One of them, I won’t name who, said ‘in the end geography wins,’ that if we think Russia can help we should ask Russia, they see that only Russia can help us. If the ambassador of a country that has bad relations with Russia says that only Russia can help, I’m amazed how an Armenian walking this earth can’t understand that,” Marukyan told CivilNet on October 15.

There have been signs of a greater accommodation to Russia: the head of the National Security Service, who only had been appointed in June and was perceived as anti-Russia, was removed shortly after the fighting started on September 27.

“So, one step has already been taken towards Russia,” said Hovhannes Iskhanyan, an independent documentary filmmaker. “And the fact that people of American influence have started making pro-Russian speeches means that there are serious discussions inside the political elite to change the anti-Russian propaganda by 180 degrees,” he told Eurasianet.

The key, Iskhanyan believes, will be the future progress of the war. “If Armenia gets weaker on the battlefield, Russia’s influence in the country is going to get bigger.”

Yerevan-based analyst Hrant Mikaelian agreed. “If Russia were to take Armenia’s side, it might spoil relations with Azerbaijan and Russia is trying to avoid that,” he told Eurasianet. “If Russia doesn’t aid Armenia, then the development of events is highly dependent on the situation on the battlefield. Relations could sour, or Armenia might become even more dependent on Russia. There’s no clear vision of what could happen because there are too many unknowns.”