Despite the COVID crunch, Uzbekistan’s borrowing has blossomed. Tajikistan appears headed for trouble. 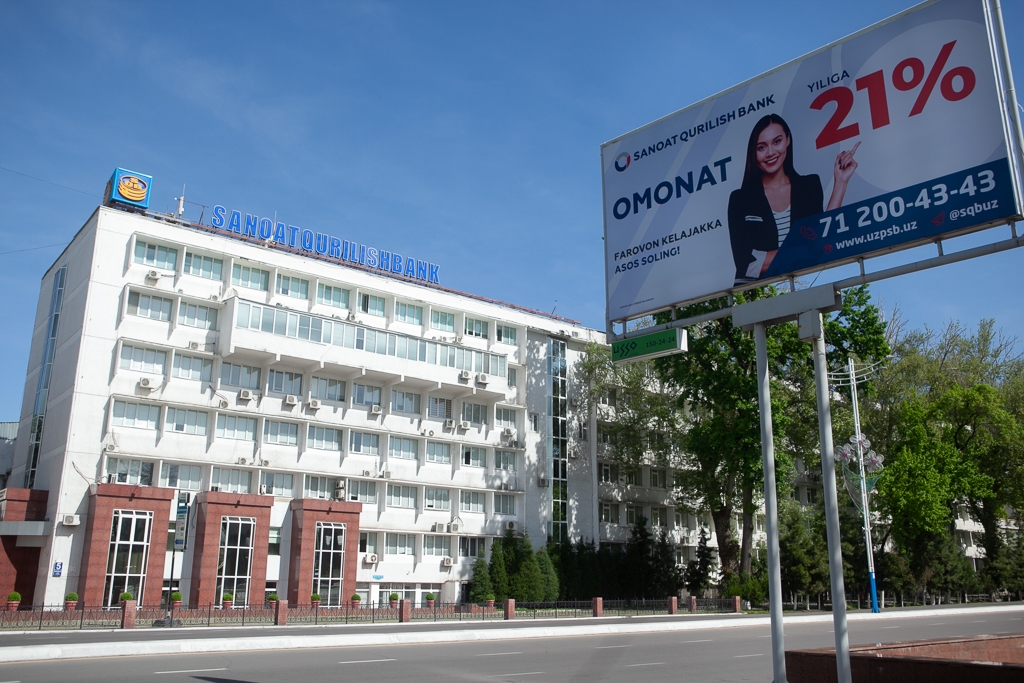 Debt has been a key feature of Central Asia’s integration into the world economy in recent years. Chinese financing has attracted the most attention, little of it positive. But borrowing from Western capital markets, particularly in the form of tradable loans issued abroad and denominated in hard currencies (known as Eurobonds), has highlighted key differences in the post-Soviet republics’ development 30 years after independence.

Uzbekistan is the poster child for these efforts, opening up dramatically since the death of President Islam Karimov in 2016 and being embraced by lenders. Tajikistan is proving more of a cautionary tale – both for the indebted government and its weary investors.

As bond prices rice, their effective yield goes down. Investors at issuance were promised annual interest payments of 5.375 percent, but the current effective yield is just 3.5 percent – meaning the cost of borrowing has fallen for Tashkent.

Uzbekistan was not immune to the COVID-19 pandemic, of course, and the March 2020 selloff in emerging-market debt saw the sovereign Eurobond fall 24 percent (from 112 cents on the dollar to 85 cents) in just three weeks. It now trades around 113 cents, having steadily recovered throughout the second half of 2020. Domestic dynamics have not driven the recovery, but rather Western central banks’ stimulus spending has boosted bond prices globally.

Reports of a cash-crunch in Uzbekistan last April, including new limits on the payout of dollars and euros by local banks, had little impact on the taste for the country’s bonds. Tashkent sold significant stocks of gold in 2019 and 2020, taking advantage of record-high prices. While the sales garnered some criticism domestically, foreign investors have seen the moves as prudent.

One investor in the Uzbek Eurobonds says that he was not concerned by domestic political dynamics or even the immediate economic impacts of the pandemic on Uzbekistan but instead remained comfortable with its credit due to strong gold reserves and overall low external debts, although its public debt-to-GDP ratio has nearly doubled to 38 percent over the last five years.

The National Bank of Uzbekistan and Ipoteka Bank, both also state-run, followed Sanoat Qurilish’s lead, issuing $500 million in five-year bonds at 4.85 percent and 5.5 percent in October and November 2020, respectively.

Notably Tashkent also sold 2 trillion som ($190 million) worth of local-currency debts in November, despite stubbornly high domestic inflation. Ultimately, the ability to sell local-currency debt abroad should help tame Tashkent’s borrowing costs in financing new development since local-currency loans do not face the exchange-rate risk and other challenges of borrowing in foreign currencies.

Uzbekistan now appears poised to establish itself as a fixture of emerging-market investment, much like Kazakhstan. Tashkent plans to issue another 5 trillion som (almost $500 million) of local-currency bonds this year, as well as another $700 million in Eurobonds, with investors eager to back both.

Uzbekistan’s path was blazed by neighboring Kazakhstan, which began issuing sovereign Eurobonds way back in 1996, paving access to Western credit for Kazakh firms. Today Kazakh corporations are more regular issuers of Eurobonds than the sovereign itself.

In 2018, Kazakhstan sold €525 million in five-year Eurobonds at just 1.55 percent annual interest, at the time a record low for any post-Soviet country. To put that number in context, this week the U.S. Treasury is paying 1.45 percent to borrow over 10 years.

Central Asia’s third Eurobond issuer offers a cautionary tale of how market enthusiasm for such securities can prove a double-edged sword. Tajikistan sold its inaugural Eurobond in September 2017, raising $500 million. Due for repayment in 2027, Tajikistan pays a whopping 7.125 percent for the privilege. Over the tenor of the debt, that means Dushanbe will pay investors over $356 million in addition to repaying the $500 million in 2027.

Raiffeisen Bank, one of two bookrunners who helped market the Tajik Eurobond, labelled it “the worst-performing among all" emerging-markets bonds in 2019. Last March's market selloff saw the bond collapse even further, reaching a nadir of just 60 cents-on-the-dollar. While it has since recovered some, it did not keep pace with what proved to be a record-setting year for emerging-market debt in 2020. At present rates it is all-but-impossible to envision Tajikistan being able to return to the market.

Therein lies the rub of bond market financing: Growing debts are sustainable as long as investors are willing to refinance them.

Tajikistan’s foray into Eurobond financing is likely to meet an ignominious end. It is the sole Central Asian country to join the G20’s Debt-Service Suspension Initiative aimed at providing a bridge through the pandemic.

Dushanbe has begun restructuring talks with Beijing. And though it received an emergency $189.5 million loan from the International Monetary Fund last May, the IMF must be wary: It effectively accused Dushanbe of fraud the last time it tried to support the country.

So it is anyone’s guess where Dushanbe will secure the $562 million in fresh loans it says it is seeking this year. As 2027 approaches, the specter of its $500 million Eurobond repayment risks putting off institutional creditors, China and other potential deep-pocketed saviors such as the Gulf states.

This story was updated to include the role Deputy Finance Minister Odilbek Isakov played in Uzbekistan's first bond issuance.