Beneath the veneer of optimism in Iran, there is suspicion about China’s reliability as a partner. 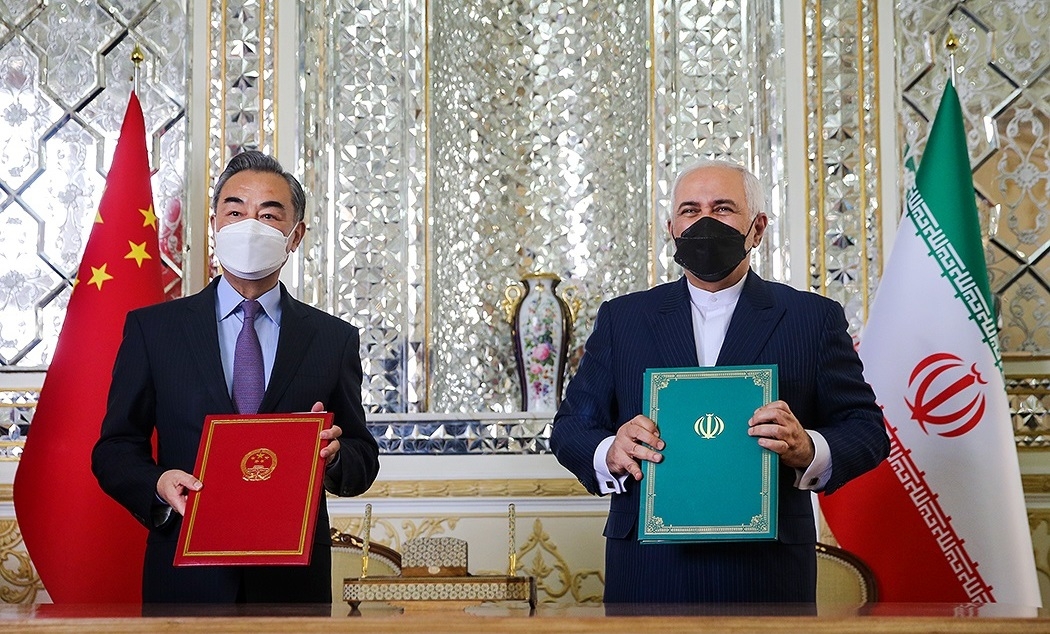 Iran’s incoming hardline leadership is looking to China to provide economic relief for the country’s flatlining economy. But so far, the foundation for a new strategic partnership seems to rest more on rhetoric than substance.

Ebrahim Raisi, who will be inaugurated August 3 as Iran’s president, is inheriting a domestic economy that is on life support, thanks to decades of corruption and mismanagement, compounded by U.S. sanctions. The situation ensures that a top foreign policy priority for Raisi will be cultivating stronger ties with China. Not only does Beijing possess the economic clout that can ease Tehran’s sanctions-related pain, the two countries have a mutual interest in checking Washington’s global influence.

The cornerstone of a strategic partnership was put in place in March, when Iran and China signed a 25-year cooperation agreement. The text has not been made public, and neither side has been willing to disclose specifics. But according to a leaked draft, the pact provides for roughly $400 billion in Chinese investment in Iranian infrastructure, including port facilities, railroads and energy exports. The funding would be geared toward integrating Iran into China’s grand Belt and Road Initiative.

The cooperation pact, if realized, could boost the export hopes of Central Asian states by potentially opening rail access to a deep-water port.

From China’s perspective, the main benefit of the Iran pact is access to cheap energy. Iran apparently will sell Beijing large volumes of oil and gas at steeply discounted prices. Iranian reticence about disclosing the cooperation agreement’s specifics may be an indication that the sale price for energy exports is so favorable to Beijing that it could spark outcry inside Iran if the details were made public.

Even though terms remain unclear, officials from both countries have trumpeted the possibilities. Mohammad Reza Mirtajodini, a former vice president and currently a ranking member of the Iranian parliament, hyped the agreement as capable of breaking Iran’s economic isolation and “neutralizing” the sanctions. Mirtajodini also revealed that the agreement had widespread domestic political support, including from Supreme Leader Ali Khamenei. “The 25-year agreement is a cross-factional roadmap for stability and enduring joint cooperation which is supported by the entirety of the state,” he said in a March speech in the northwest city of Tabriz.

For all the expressions of goodwill and high hopes, many remain skeptical. Some doubt Iran has the capacity to effectively absorb such a high level of foreign investment. Others don’t believe Beijing will end up investing anywhere near the $400 billion figure that has been bandied about.

Observers in Tehran note that China showed little interest in helping Iran mitigate the effects of U.S. sanctions until relatively recently. Accordingly, there are jitters within some segments of the Iranian elite that Beijing is playing an “Iran card” as part of an effort to gain leverage in a broader geopolitical game with Washington. They point to the fact that the March cooperation agreement was signed only days after a highly contentious meeting between American and Chinese diplomats in Alaska.

A signal of lingering suspicion is seen in an editorial choice made by the ultraconservative website Alef, known for its strong anti-Western slant. The site posted a Persian translation of an article originally published March 24 by a U.S. outlet, the National Interest. The piece highlighted a connection between the Anchorage meeting and the potential growth of Chinese purchases of Iranian energy. Many readers’ comments raised questions about China’s reliability and intentions.

Afshar Soleimani, Iran’s former ambassador to Azerbaijan and a critic of the agreement’s opacity, sees it as politically motivated. “Naturally, this [agreement] has a propaganda side to it. Both Iran and China need this maneuvering in the conduct of their foreign policies,” he told the moderate website Asriran on April 3. “It is entirely conceivable that China intends to wring concessions out of the U.S. and all the buzz about the volume of the investments is in reality using the ‘Iran card’ in its dealings with the U.S.”

“We could have gained more had we had normal relations with the U.S., meaning that we could have asked for more concessions from the Chinese side and our trade agreements with China would have cost us less,” Soleimani said.

Other geopolitical considerations may influence China’s follow-through. For one, China has similar cooperation agreements with several Middle Eastern states – Saudi Arabia, Egypt and United Arab Emirates – that have prickly relationships with Tehran, and thus are inclined to look askance at closer China-Iran ties. Beijing will be challenged to keep all its partners in the region satisfied, and, at some point, it seems likely that Chinese leaders will have to make some cold, hard calculations that leave one or more of its Middle Eastern partners unhappy.

China’s tangled relationship with the United States is an additional X factor for Iran. Though the two are at loggerheads, trade considerations will continue to exert considerable pressure on Washington and Beijing to maintain a constructive dialogue. China thus may not want to go full throttle on an Iranian partnership, not wanting to rile Washington and wishing to maintain manageable levels of rancor in U.S.-China relations.

“Iran is a major liability for China in many cases. China is extremely sensitive to sanctions and now as a global power in a rules-based system is also sensitive to reputational costs,” Lucille Greer, a China Research Fellow at the Wilson Center in Washington, told Eurasianet. “China also has to maintain partnerships with other countries in the Middle East that think of Iran as an enemy or rival.”

While Iranian hardliners may be eager for closer economic ties with Beijing, other segments of society are not. Small-scale entrepreneurs and merchants, for instance, are wary of a growing Chinese presence in the domestic economy. Starting in 2005, when the populist former president Mahmoud Ahmadinejad began his first term, cheap Chinese goods flooded into Iran’s market, cutting profit margins for merchants, and pushing local small-scale manufacturers out of business.

Alireza Babolfath ran a small workshop with 15 employees that specialized in office products for decades before going bankrupt; his experience is representative of countless rural and urban producers who lost their businesses amid the flood of imports. In the face of Chinese competition, he trimmed profit margins and his workers agreed to halve their monthly wages to keep the business afloat. But in the end, it was not enough. “The continuation of the production line was simply futile,” he told the Dana News Agency recently. He added that his brother, who was a partner in the firm, grew depressed over the business environment and emigrated.

Popular anger over China’s economic encroachment was evident during the short-lived Green Movement against Ahmadinejad in 2009, when some anti-Chinese slogans were voiced by protesters. Incensed by reports that Beijing had provided Iranian authorities with surveillance and riot-control assistance, thousands of protesters routinely vented their anger by chanting “Death to China” that year.

Religion may prove another source of tension. Some reformists within government structures are disgruntled by China’s ongoing crackdown against Muslims in Xinjiang Province. In 2020, pro-reformist MP Ali Motahari sharply criticized the government for its silence on Xinjiang. He described Chinese actions as “aimed at the total eradication of Islamic culture” in the region.

“It is shameful for the Islamic Republic that the U.S. protests the mistreatment and torture of Muslims in detention camps … while Iran for sheer economic imperatives is silent about them,” Motahari said.

Hardliners acted quickly to quash mentions of Xinjiang. A prominent member of the Iranian parliament’s National Security Committee, Mahmoud Ahmadi Bighash, assailed critics of China as “vulgar” and called for their criminal prosecution.

Given all these preexisting conditions, it's unlikely that a Chinese investment infusion can ease Iran’s economic sclerosis. If Raisi wants a cure, he'll have to conduct major surgery.