An enforcer for former president Mikheil Saakashvili has established a new political party, pitching it to the substantial population of angry Georgians. 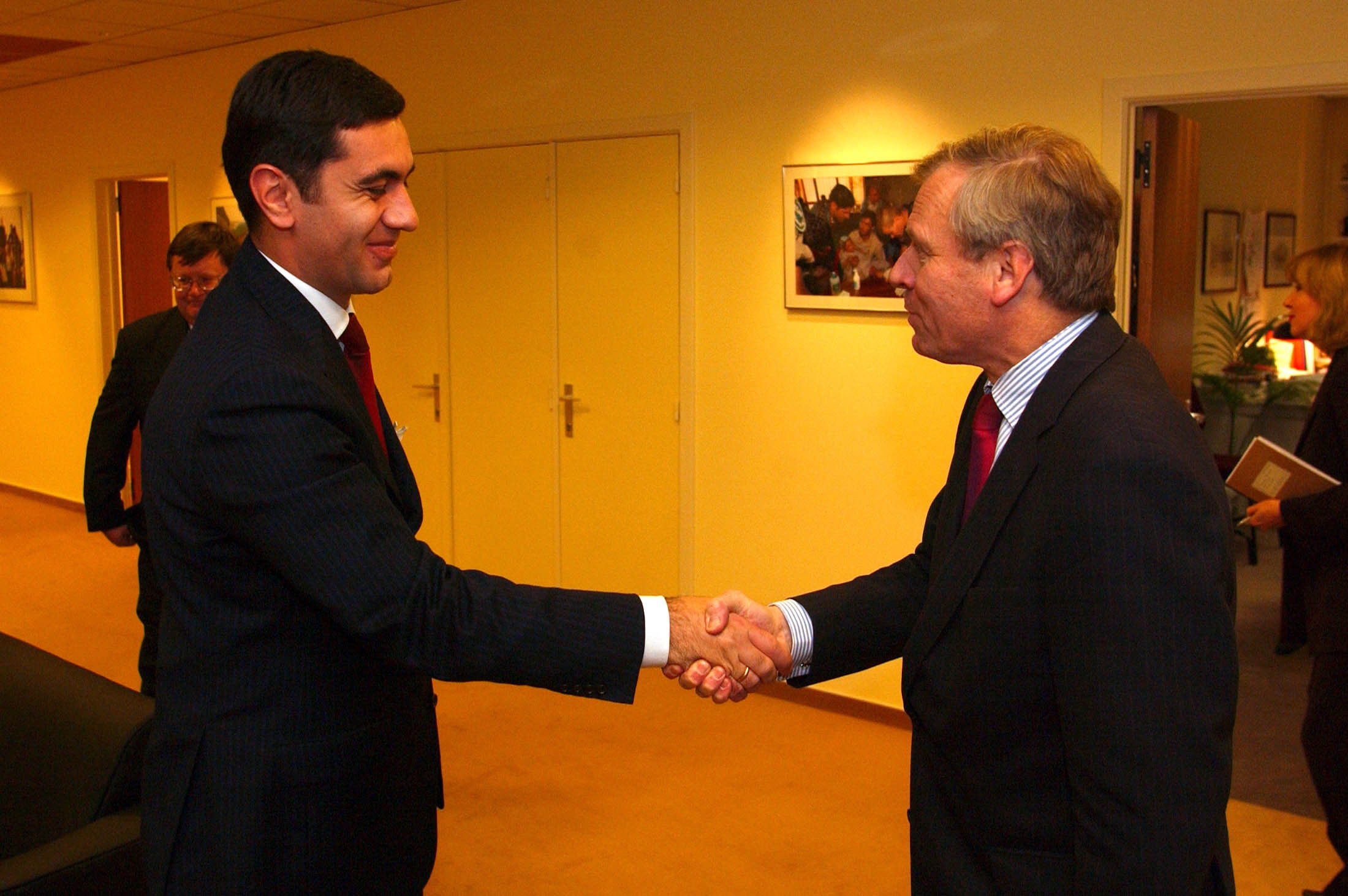 Then-defense minister Irakli Okruashvili on a visit to NATO in 2005. Since then he has changed political stripes multiple times and has now formed a party pitched at "angry Georgians." (photo: NATO)

Angry Georgians now have a political party committed to representing their core emotion in the public sphere. “Our ambition is to create a large movement of a lot of angry people,” said Irakli Okruashvili, a controversial former government minister, as he announced the establishment of a new political party, Victorious Georgia.

“We are angry about the mess that is going on in the country,” Okruashvili said at the June 12 launch.

A political rolling stone, Okruashvili used to be known as the “muscle” of former president Mikheil Saakashvili’s administration and has zigzagged among Georgia’s political camps for the past decade. His new party has now joined a crowded field of political groups bent on defeating Georgian Dream, the governing party presided over by billionaire tycoon Bidzina Ivanishvili, in parliamentary elections scheduled for next year.

“We will go from village to village, street to street, door to door to inspire the need for change in people,” Okruashvili said.

Some 27 percent of Georgians are angry, according to a recent poll by Gallup measuring prevailing national emotions around the world. That gives Victorious Georgia a potential electoral base to work with. The caveat, however, is that some Georgians are angry at Okruashvili for his past role as a senior government official.

One such angry Georgian showed up at the launch of the new party and staged a scene. “I won’t let them be politicians, the opposition or the government,” said Soso Robakidze, whose 19-year-old son Amiran Robakidze was murdered in a police raid in 2004, during Okruashvili’s tenure as interior minister.

Robakidze’s family accused Okruashvili of covering up the murder, which became one of the biggest controversies of Saakashvili and Okruashvili’s tenure. The latter served in a variety of roles – from interior minister to defense minister to economy minister – under Saakashvili, who had a habit of regularly rotating his ministers.

A kinetic man, Okruashvili had the reputation of a loose cannon when he served in the government and controversy followed him to every government job he held. As governor of Shida Kartli region, Okruashvili notoriously led special troops and a camera crew to raid a brothel as a part of his crackdown on crime. The footage, showing naked prostitutes and their naked clients, was then aired on national TV.

In 2004, Okruashvili, as a defense minister, led Georgian forces into a confrontation with separatist forces in South Ossetia. In 2006, he vowed that he was going to ring in the New Year in the territory. Two years later Georgia and Russia went to war over South Ossetia, ending in disaster for Georgia, but by then Okruashvili was already dismissed from government.

He fell out with Saakashvili in 2007 and left vowing “to use every chance to destroy Saakashvili.” After uttering these threats, Okruashvili was arrested on charges of abuse of power, extortion and negligence. Following a few weeks in jail, he unexpectedly pleaded guilty in a nationally televised confession. He then received political asylum in France. Speaking from Paris, he claimed that his confession was made under duress.

Okruashvili returned to Georgia following the downfall of Saakashvili’s United National Movement (UNM) and the rise to power of Georgia Dream in 2012. He was arrested upon arrival on the past charges but was released by the end of the year.

Okruashvili changed teams one more time when he supported the Saakashvili-endorsed presidential candidate from UNM in last year’s election. He now vows to defeat Ivanishvili and has recruited some of Ivanishvili’s former loyalists to join his new party.

Georgian Dream has been dismissive of Okruashvili’s comeback. “New parties are created every day,” Irakli Kobakhidze, the speaker of parliament, told reporters. “We have 450 parties in Georgia. The number will probably increase to 500 by the next election.”