Anti-corruption row highlights struggle to control the narrative in Armenia 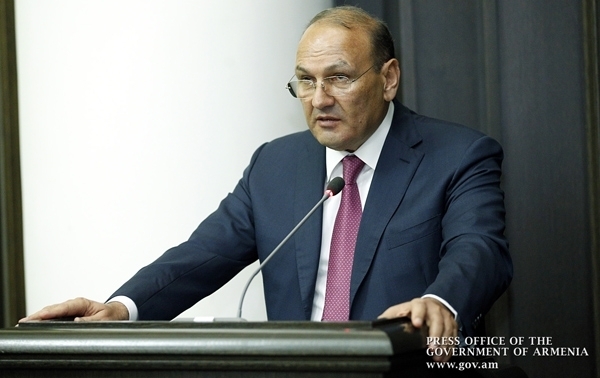 But for all his passionate declarations about wanting Armenia to embrace liberal democracy, his formidable critics, many of whom had strong attachments to the old regime, continue to grouse that the Pashinyan administration is using authoritarian means to achieve liberalizing ends.

Events of April 28 involving avowed Pashinyan opponents, the father and son duo Gagik and Gurgen Khachatryan, highlight the ongoing struggle to shape Armenia’s anti-corruption narrative, a struggle that naturally has important implications for the eventual outcome of anti-graft efforts.

Armenia’s National Security Service (NSS) took action April 28 to make fresh corruption and money-laundering allegations against the elder Khachatryan, a former finance minister and a power-broker from a family with lots of questionable business interests. Known as Armenia’s “super minister” in former president Serzh Sargsyan’s administration, Khachatryan and his family have long been in the Pashinyan’s government’s crosshairs: last August he was taken into custody, where he remains, on suspicion of large-scale embezzlement and abuse of power. The latest NSS allegations mark a widening of that earlier investigation.

A spokesperson for the Special Investigative Service, an accountability agency with government oversight responsibilities, announced back in August that the equivalent of $1.7 million in “damage inflicted on the state” had been recovered from the former minister.

Amid the latest move against the elder Khachatryan and his relatives, it’s clear he and his family consider the best defense to be a good offense. The same day as the NSS’s April 28 announcement, son Gurgen Khachatryan launched a public barrage against the government, claiming that officials were improperly trying to “alienate” him from wielding control at a major telecommunications firm, Ucom.

Always quick to maintain the initiative when it comes to narratives, Pashinyan’s government accused the Khachatryans of impropriety. “According to the Armenian government, Gagik Khachatryan and his sons have run a corrupt, mafia system in Armenia for many years, accumulating several hundred million dollars in illicit wealth,” said a statement posted on Facebook by the prime minister’s spokesperson, Mane Gevorgyan. “The prime minister's position is that the stolen [assets] should be returned to the state.”

The NSS statement on April 28 also alleged that MP Gagik Tsarukyan, a power-broker with a wide array of business interests, appeared to have questionable links to an allegedly improper $22 million transaction involving the Khachatryans in 2011. On April 25, an Armenian court ordered the confinement for two months of an executive at a company controlled by Tsarukyan while authorities investigated the allegations of bribery.

Despite such allegations of skullduggery, Pashinyan appears to retain the faith of a critical mass of Armenian citizens, and of international watchdogs.

Late on April 29, authorities submitted a motion for an Armenian court order to detain Gurgen Khachatryan, according to his lawyers.