Authorities in the two countries’ distant capitals show little interest in the festering situation until there is bloodshed. 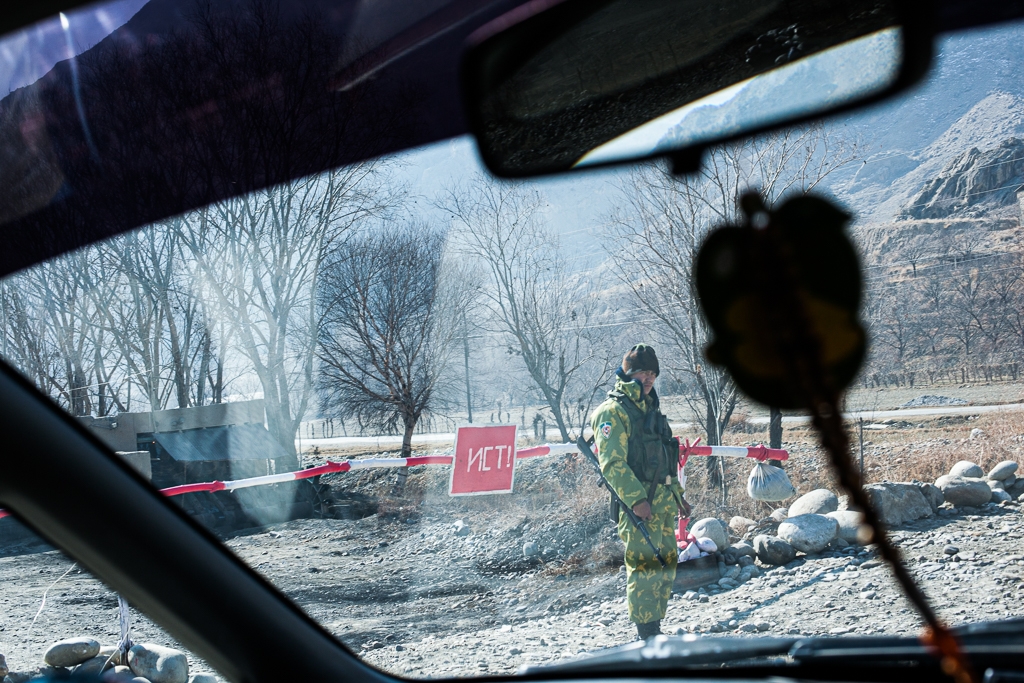 Even before the fighting broke out this week on the uneasy and poorly demarcated border between Kyrgyzstan and Tajikistan, it was clear that trouble was looming.

Ever since the last serious bout of unrest, in April, even stepping close to the invisible and inexistent border has meant courting danger, particularly for Kyrgyz citizens. Tajik security services carefully monitor the fringes of their Sughd region and scoop up anybody perceived to have wandered too far.

The concern among many is that the frequency of these incidents could become a trigger for more violence.

Earlier this month, 68-year-old Kyrgyz national, Khudayberdi Begmuradov, died in a Tajik prison while serving a sentence on charges of unlawfully crossing a state border.

“He was accused of committing a crime under Article 335 of Tajikistan’s Criminal Code and was sentenced to two years in prison,” Gulmira Borubayeva, a spokesperson for the Kyrgyz border service, an organ that operates under the auspices of the State Committee for National Security, told Eurasianet.

Begmuradov used to live in the Tajik village of Madaniyat, but had in recent years moved to Kyrgyzstan. He nevertheless regularly visited relatives in Tajikistan. It appears that he was picked up by the security services in the town of Konibodom, which lies on the border with Uzbekistan, during one such visit.

Tajik authorities claim not to know Begmuradov’s cause of death, said Borubayeva, the border official. The man’s body was said by his relatives to be covered in bruises.

Sultanbai Aizhigitov, a lawmaker in Kyrgyzstan, has accused Tajik authorities of repeatedly instigating these situations as a way of generating more border tension.

“The death of our citizen in a Tajik prison was not accidental,” Aizhigitov said. “This is only deepening the wave of discontent among the local population whose relatives are still serving sentences in correctional colonies in Tajikistan.”

Aizhigitov argues that the detention of people suspected of crossing the border unlawfully is entirely arbitrary since the demarcation often doesn’t exist.

“Our border guards, meanwhile, release Tajik violators, limit themselves to preventive measures, thereby avoiding the escalation of already unfriendly relations,” Aizhigitov said. “Why don’t they do the same? This means that the Tajik authorities are doing this deliberately to … artificially create tension in the border areas.”

The widely held belief in Kyrgyzstan, as expressed by Aizhigitov, is that Tajikistan would welcome hostilities as a pretext for a land grab. Tajikistan does not comment to the media on such matters, although it did condemn Kyrgyzstan in a statement on this week’s unrest for allegedly misleading the public with “false information in the media and various internet resources.”

There was another case of note in April 2021. Aibek Makhmudov was detained by Tajik authorities while he was on his way to visit his wife, who is a Tajik national and lives in the Tajik district of Jirgatol.

“My brother, the father of five children, was convicted for allegedly illegally crossing the border and imprisoned for five years,” his sister, Dilafruz Bakirova, told Eurasianet in an interview. “At first, he spent three months in the Dushanbe pre-trial detention center. After that, he was sent to serve out his term in the Sovetskaya prison, not far from the capital of Tajikistan.”

Bakirova said that there were three more Kyrgyz nationals in the Tajik prison with her brother also serving time on similar charges. Her pleas for clemency and help from the Tajik Prosecutor General's Office, the Tajik Foreign Ministry, and the Kyrgyz Embassy in Dushanbe have been ignored, she said.

“My brother’s five children are now in my care. I also have five children, so my husband and I now have 10 children on our shoulders. I am disabled and have to undergo dialysis, and my brother’s wife is not allowed to leave Tajikistan for Kyrgyzstan so that she can come for the children,” Bakirova said.

The Kyrgyz State Committee for National Security, known as the GKNB, has declined to disclose how many Kyrgyz nationals are currently in Tajik prison.

It is clearly no small number, however, as the two countries routinely agree to swaps of one another’s citizens arrested for minor violations. Representatives of the government plenipotentiary in Kyrgyzstan’s Batken region have told reporters that in November, three imprisoned Kyrgyz nationals were exchanged for two imprisoned Tajik nationals in one such swap.

The haziness of the border is a matter of deep frustration. Sometimes farmers cross lines to try and recover wandering cattle, which are liable to roam in the absence of fencing. Other times, it could just be a moment of distraction, or even drunkenness, that lands people on the wrong side of the imaginary line. The absence of formal border crossing checkpoints means many simply have little choice but to risk it and break the rules by visiting friends and family on the other side.

A former Batken governor, Mamat Aibalayev, told Eurasianet in an interview that he believed that tensions would only escalate over the coming years unless drastic measures are finally adopted.

“The lack of demarcation between Kyrgyzstan and Tajikistan is the main reason for the incessant conflicts that will continue to lead to armed clashes, up to and including the killing of people from both sides, as happened last spring,” Aibalayev said.

Indeed, things became worse after the April violence, because both countries responded by disallowing one another’s citizens from crossing the border legally.

“Against this background, the smuggling of fuels and lubricants, consumer goods, including things like vegetables and fruits, has increased,” he said.

Aibalayev made a suggestion that is deemed toxic by nationalists in Kyrgyzstan. The only viable way out, he said, was to agree on the exchange of equivalent-sized areas of land. This would have the added benefit of helping put the sharing of water resources on a formal footing and it would finally give some certainty to the inhabitants of Tajik enclaves, which are separated from Tajikistan proper by Kyrgyz territory, he said.

The trouble is that far from Kyrgyzstan’s remote southwest, interest in the predicament of near-border residents tends to be weak, unless there is an ongoing clash.

Beknazar Aitaliyev, a member of Chek Ara, a charity organization that helps families adversely affected by border unrest, says his group’s appeals to the government and parliament have fallen on deaf ears. And it doesn’t help that the governments of Kyrgyzstan and Tajikistan alike are displaying chronic intransigence by making territorial claims on grounds that have little to do with today’s realities.

“Our authorities cannot resolve these problems because neither side can come to a consensus,” Aitaliyev said. “This is due to the fact that the commissions authorized by both countries are relying on Soviet maps from different periods.”