Are Kazakhstan’s post-January torture investigations slowing to a stop? 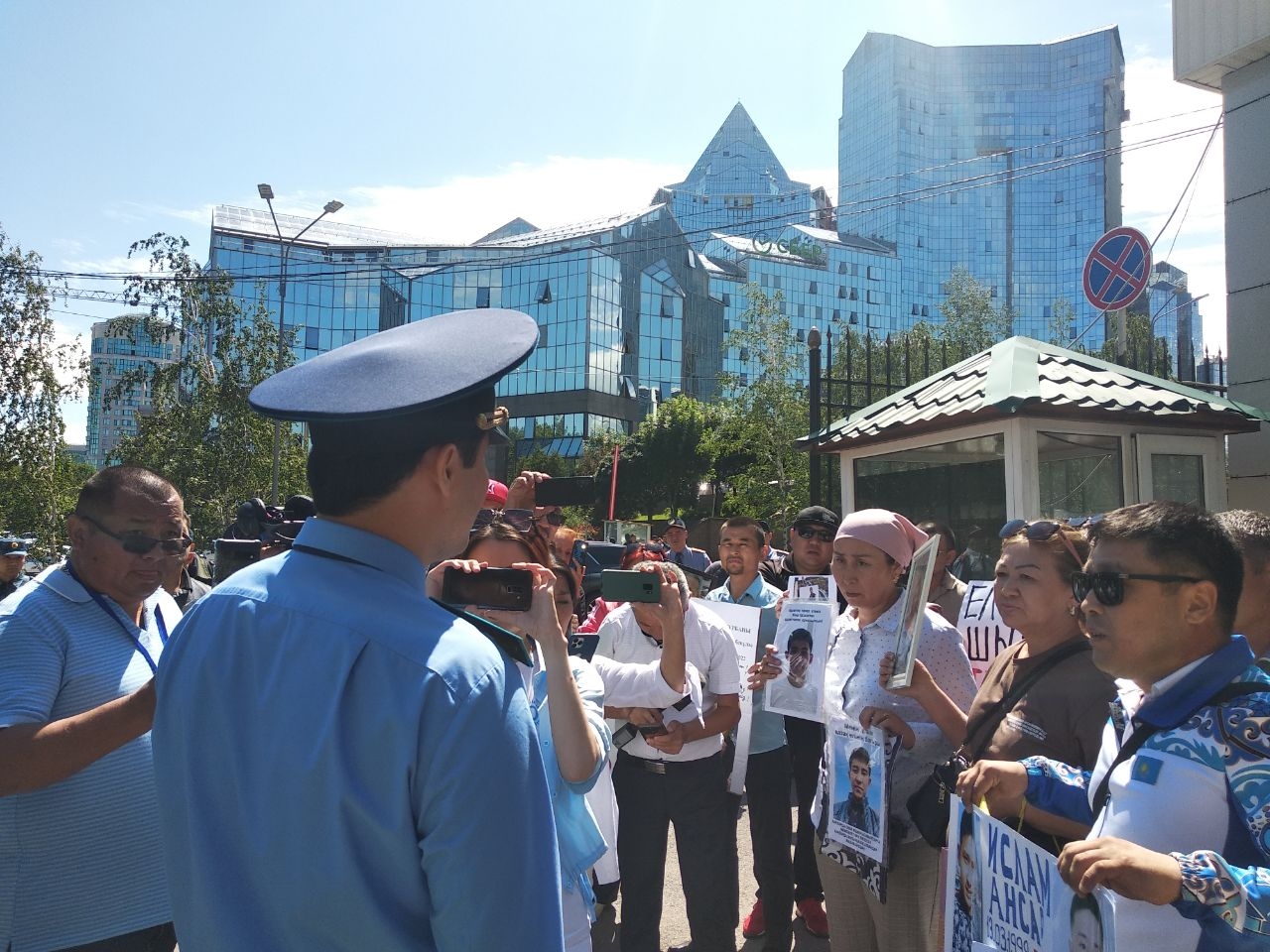 After casting his vote in a constitutional referendum at the weekend, President Kassym-Jomart Tokayev said that human rights “will be at the forefront” of the New Kazakhstan. A day later he pledged that abusive law enforcement will have no place in that society.

Kazakhs who endured torture after being detained during January’s brutal unrest might feel entitled, then, to ask why their complaints are being backburnered.

Since January, and with increasing regularity in recent weeks, a group has demonstrated outside the city prosecutor’s office in Almaty. They are suspects in the government’s investigation into the January upheaval, maintain they were tortured, and unhappy at the lack of answers.

Demanding that the charges against them be dropped, they are also calling for progress on their appeals against mistreatment at the hands of police and security forces, a phenomenon that appears to have been systematic during the chaos that left more than 230 people dead. They also threatened a hunger strike.

On June 1, four of the men attending the picket were detained by police.

One, Kosay Makhanbayev, was sentenced by a court to 15 days in jail for organizing the protest. The others were let go with warnings.

Though Tokayev says he has been championing a responsive and sensitive government, the punishment appears intended to spook the wider group of more than a dozen, which has been gathering at the prosecutor’s office regularly for over a month now.

Makhanbayev’s story is nearly identical to others in the group.

He was shot during the clashes that spiraled into bloodletting in Almaty on January 5 and wound up in hospital.

From there he was seized by riot police and transferred to a jail where he says he was tortured.

“We were beaten from [January] 8 to the 12. The first two or three days they starved us,” he told Eurasianet during a gathering at the prosecutor’s office on May 11.

“The police wore masks, but the security agents didn’t. If we were given a line up, we could identify them,” said Makhanbayev, whose detention was upheld on June 7.*

Another man, Akylzhan Kiyisymbayev, told Eurasianet during the June 1 rally that he would be able to identify up to eight people that beat and tortured him after he was abducted from a city hospital in the same fashion.

Over 240 cases were filed against law enforcement on behalf of torture victims as of mid-March.

Prosecutors said around that time that eight staff from the National Security Committee and one policeman were detained as part of these investigations; they have not released newer figures.

The Coalition of Kazakhstan Non-Governmental Organizations Against Torture said on May 17 that 74 of the cases have reached pre-trial investigation at the anticorruption service. Only five were thrown out over a supposed lack of evidence.

The Coalition said in its statement that in many of its cases, medical expertise on alleged victims of torture was performed late, badly, or not at all.

Zhanara Balgabayeva, a lawyer who has filed four complaints of torture on behalf of clients, told Eurasianet that she thought authorities were unlikely to throw out dozens of cases simultaneously, since doing so might trigger a backlash.

All the same, her cases are not progressing, she said.

Another lawyer, Gulnara Zhuaspayeva, said she had seen no movement on the four torture cases where she is representing victims.

Rights activists in February were cheered when Tokayev publicly acknowledged the case of Azamat Batyrbayev, a January detainee from the southern town of Taldykorgan, who says he was burned with irons as well as beaten whilst incarcerated.

Less than two weeks later, one of the suspects in Batyrbayev’s torture was reportedly jailed.

As the trials of January suspects loom closer, victories like that look to be exceptions, with impunity the rule.

*Postscript: Makhanbayev’s June 7 appeal turned out to be more memorable for what happened after. According to rights activist Ainara Aidarkhanova, another judge collapsed in the corridors of the city courthouse immediately after the judge in Makhanbayev’s case ruled against his appeal. Makhanbayev, a trained medic, rushed to the judge to administer first aid before an ambulance came to take him away. Tengrinews reported on June 8 that “doctors could not save” the 50-year-old.