Armenia and Azerbaijan agree to limited exchange of detainees

The gesture, as modest as it was, is nevertheless a bright spot as tensions between the two sides have darkened in recent weeks. 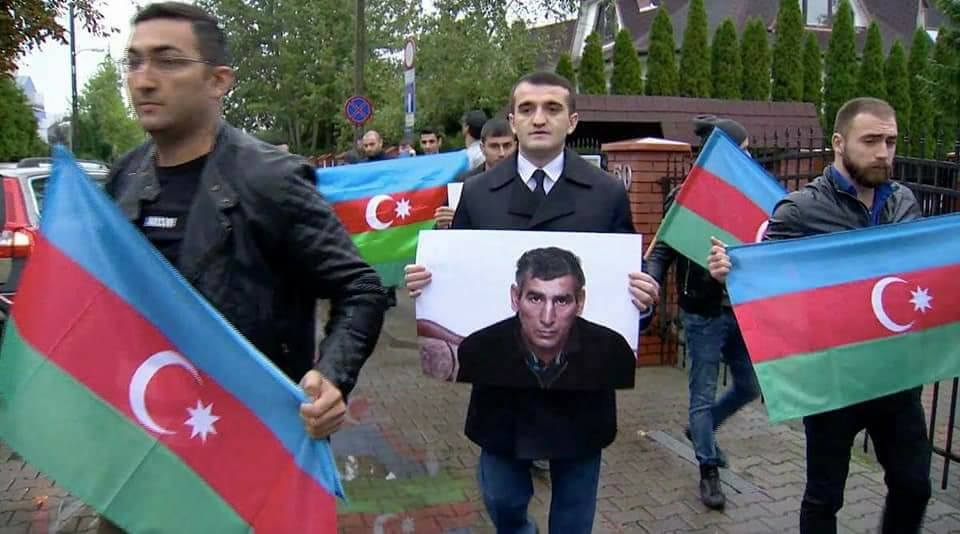 Armenia and Azerbaijan have exchanged two detainees, a small step in overcoming one of the persistent irritants to advancing peace talks between the two sides.

The exchange was announced by both sides on June 28, and was facilitated by the International Committee of the Red Cross. “We welcome this humanitarian gesture, which shows how dialogue can bring about positive results for the people affected by conflict,” the OSCE chairperson-in-office, Slovak Foreign and European Affairs Minister Miroslav Lajčák, said following the exchange.

Azerbaijan released Zaven Karapetyan, whom Armenians said was a mentally ill homeless man who crossed the border by accident in 2017. Azerbaijan, however, said he was a saboteur.

For its part Armenia released Elvin Ibragimov, who both sides appeared to accept crossed the border by accident. Ibragimov entered Armenia earlier this year and was wounded by security forces before being captured and treated.

"From the very beginning Armenian authorities said that [Ibragimov], who illegally crossed the state border of Armenia on March 16 of this year, will be repatriated to Azerbaijan without preconditions because of humanitarian considerations," wrote Armenian Foreign Ministry spokesperson Anna Naghdalyan on her Facebook page.

Karapetyan and Ibragimov were the two least controversial of the detainees under discussion, and so represented a sort of low-hanging fruit. Nevertheless, the exchange was a bright spot in a peace process that has been darkening over the past few weeks, as ceasefire violations between the two sides have increased and the diplomatic talks appear to have shifted from making progress toward peace back to their more usual function of damage control.

At least four more detainees are being held, including the most difficult cases: the Azerbaijanis Dilham Askerov and Shahbaz Guliyev. In 2014, Askerov and Guliyev entered Kelbajar, an Armenian-occupied territory adjacent to Nagorno-Karabakh along with a third Azerbaijani. They were accused of killing a military officer and a teenaged boy, and the third Azerbaijani was killed while the group was being apprehended by the authorities. They were charged with a variety of crimes including espionage and murder and were convicted later that year; Askerov was sentenced to life in prison and Guliyev to 22 years.

Last year Azerbaijan proposed that all the detainees being held by both sides be exchanged regardless of the circumstances of how they ended up on the other side of the border. But Armenia has balked, given the serious nature of Askerov’s and Guliyev’s crimes.

Diplomats mediating the discussions over resolving the long-standing conflict between the two sides have hoped to use progress on the detainee issue as a confidence-building measure. Following an April meeting between the Armenian and Azerbaijani foreign ministers in Moscow, the two issued a statement saying they had agreed “to take measures, on a mutual basis, to allow families to have access to their relatives held in custody in the respective detention centers of the parties.” During a subsequent meeting in Washington, the two ministers “clarified their positions and expectations with respect to implementation of the humanitarian and security measures proposed by the mediators during their last trip to the region,” according to a joint statement.

“Today’s exchange of detainees was carried out under the framework of the humanitarian initiatives of the co-chairs of the Minsk Group of the OSCE, which was mentioned in their statement following their visits to the region and the recent meeting in Washington,” said Leyla Abdullayeva, the spokesperson for Azerbaijan’s Foreign Ministry.

Meanwhile, Azerbaijan has been trying to drum up support abroad; an Azerbaijani delegation to the Parliamentary Assembly of the Council of Europe called attention to the cases of Askerov and Guliyev. A resolution filed on June 28 referred to their “life-threatening desperate situation.”