Armenia and Azerbaijan hurtle toward war

With a new outbreak of fighting, the two sides appeared closer than ever to a total war. 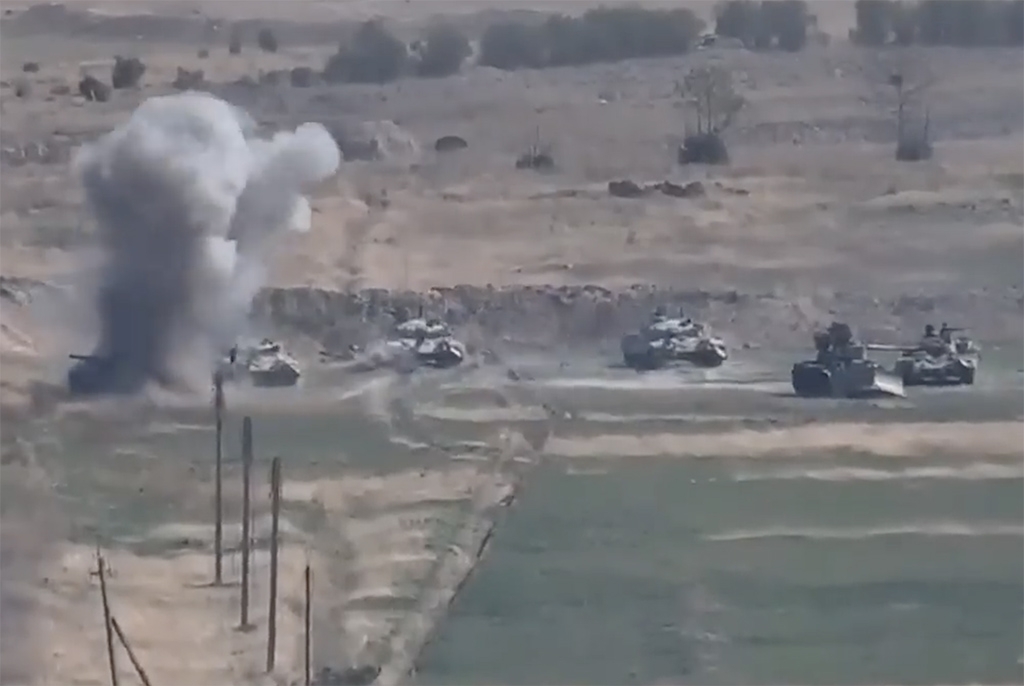 Screenshot of a video released by the Armenia Ministry of Defense appearing to show an attack on Azerbaijani tanks.

Azerbaijan and Armenia are hurtling toward war as Baku launched a broad offensive against Armenian targets over the weekend, Armenia began a general military mobilization and both sides declared martial law.

The outbreak of heavy fighting began on the morning of September 27, with the Armenian side reporting Azerbaijani missile attacks on military and civilian positions in Nagorno-Karabakh, including the de facto capital, Stepanakert.

As of late afternoon, Armenia reported 16 killed and more than 100 wounded. Azerbaijan had not reported precise numbers but President Ilham Aliyev said there were casualties among both soldiers and civilians.

Aliyev said that the attack was a counteroffensive “in response to military provocation,” but he didn’t specify the provocations. 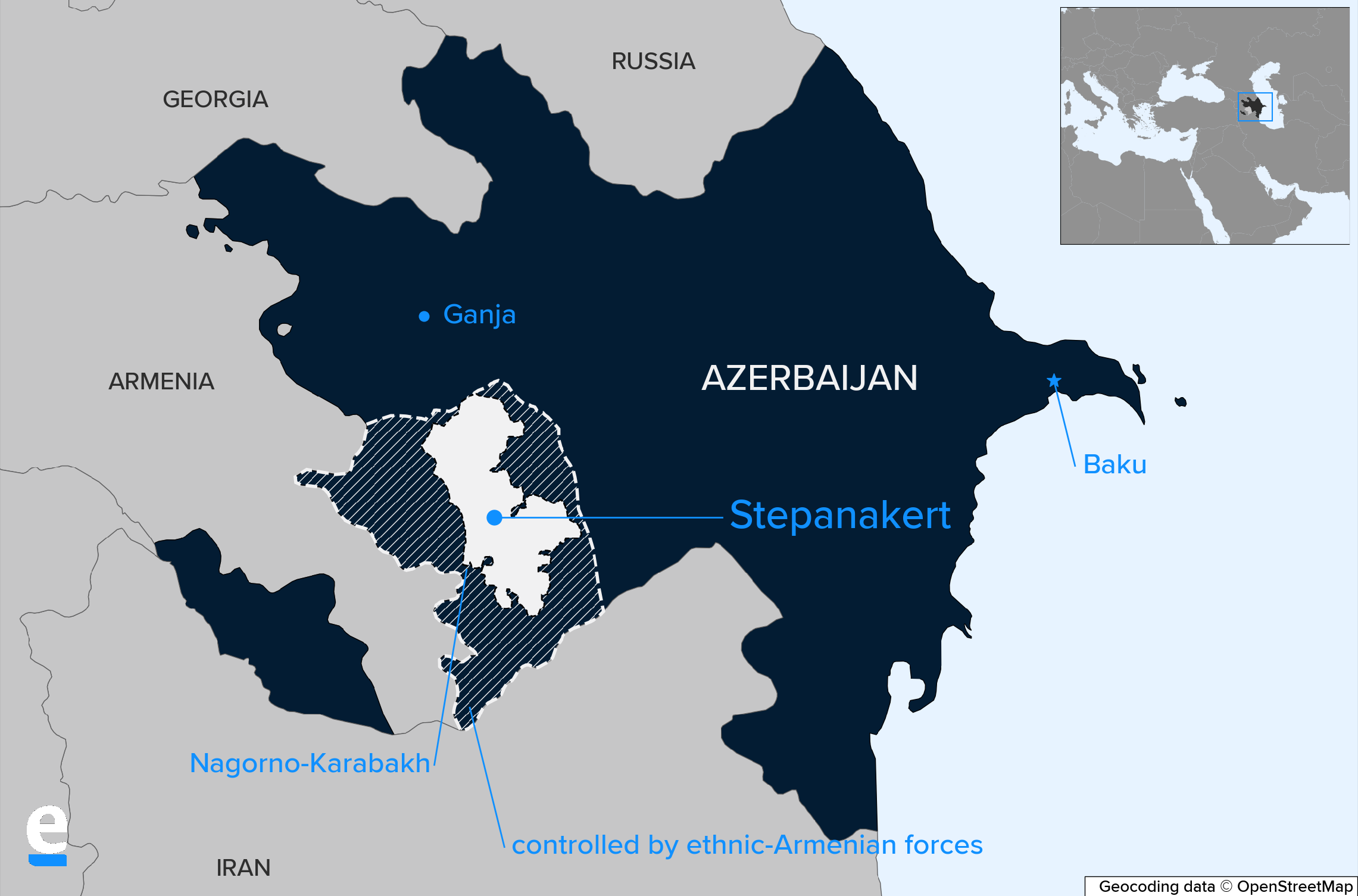 The attack followed a week of accelerating rhetoric from Baku that appeared aimed at making a case for war to the international community.

On September 24, Azerbaijan’s Ministry of Foreign Affairs released a list of steps that it called provocative that the Armenian side had made since Prime Minister Nikol Pashinyan came to power in Armenia in 2018. The next day, Aliyev demanded that Armenia present a timetable for when it would withdraw its forces from Nagorno-Karabakh and the surrounding territories, a step that Baku knew the Armenians would refuse.

It was not immediately clear what the aim of the offensive was. Aliyev said in a statement that several positions along the front lines had been captured, and called the offensive a “success” as a result. But he also suggested that it was aimed at a complete conquest of its lost territories.

Azerbaijan declared martial law in several cities, which included a curfew between 9 pm and 6 am.

Other than official statements, information from Azerbaijan was scarce, as the internet and social media suffered heavy blockages throughout the day.

Armenia responded as if it believed that the fate of Karabakh was at stake, with a general mobilization, both in Armenia and in Nagorno-Karabakh, of men who had previously served in the armed forces.

The general secretary of Nagorno-Karabakh's national security council, Samvel Babayan, told journalists that Azerbaijan had in fact captured "four or five" Armenian positions, but that the Armenian forces were capable of taking them back.

“The Armenian nation is ready for war,” Pashinyan said in a seven-minute address to the nation. “Because they have always clearly realized that Armenophobia, enmity and hatred with which the Azerbaijani dictatorship has been feeding its people for decades could not lead to any result other than war.”

Pashinyan also suggested, in response to a question from opposition leader Edmon Marukyan, that recognizing the independence of Nagorno-Karabakh may now be on the table. Yerevan has hitherto refrained from doing so. “We should seriously discuss this and listen to public opinion,” Pashinyan said.

Calls to cease the fighting came from around the world. The co-chairs of the OSCE’s Minsk Group, representing the United States, France, and Russia, “appeal[ed] to the sides to cease hostilities immediately and to resume negotiations to find a sustainable resolution of the conflict.”

One notable exception was Turkey, which has in recent months taken an unprecedentedly active role in the conflict.

“Armenia once again showed that it is the biggest threat to peace and tranquility in the region,” tweeted Turkish President Recep Tayyip Erdoğan. “As always, the Turkish nation stands by its Azerbaijani brothers with all its capabilities.”

In his address to the nation, Pashinyan singled out Turkey’s role in the conflict. “Turkey’s perseverance in such a dangerous stance is fraught with the most devastating consequences for the South Caucasus and neighboring regions.”

Russian Foreign Minister Sergey Lavrov spoke with his counterparts in both Armenia and Azerbaijan and the Russian Foreign Ministry subsequently issued identical statements calling for "a ceasefire as quickly as possible." Pashinyan also called Russian President Vladimir Putin, though nothing about the content of the call was released.

This story has been updated.

With reporting from Ani Mejlumyan and a journalist in Azerbaijan.