Under EU mediation, the two countries agreed to start work on a peace agreement that could finally end their decades-long conflict. 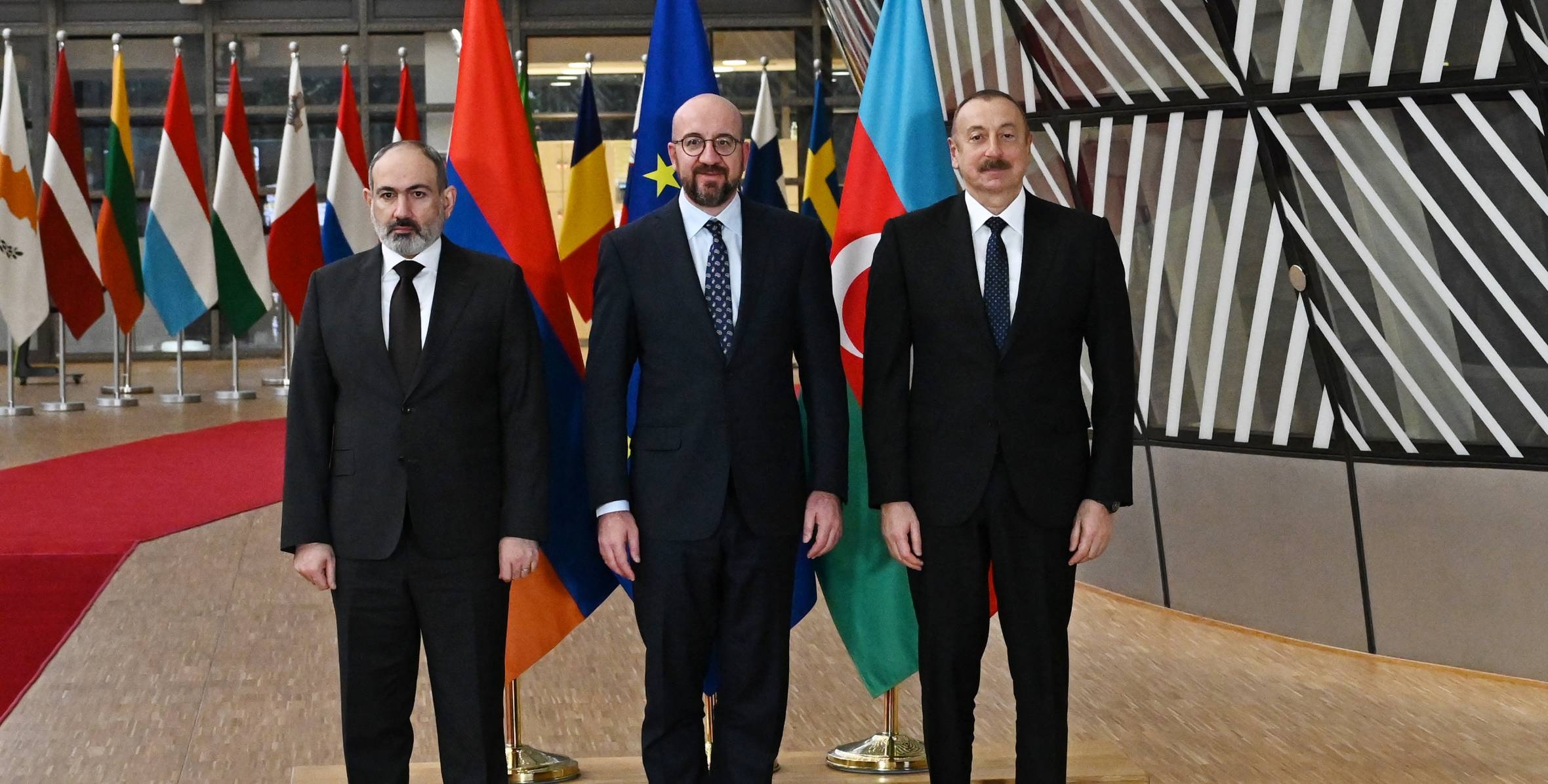 The leaders of Armenia and Azerbaijan have met and agreed to “move rapidly toward a peace agreement,” said the broker of the meeting, European Council President Charles Michel.

Armenian Prime Minister Nikol Pashinyan and Azerbaijan President Ilham Aliyev, at the April 6 meeting in Brussels, also agreed to establish a Joint Border Commission to delimit their mutual boundary line and to “establish a stable security situation” around the border.

The gesture toward a peace agreement was particularly significant, and Michel said the two sides “agreed to instruct Ministers of Foreign Affairs to work on the preparation of a future peace treaty, which would address all necessary issues.”

Such a treaty would be aimed at finally resolving the conflict that has divided Armenia and Azerbaijan since the late-Soviet era, centered around the territory of Nagorno-Karabakh. The conflict has led to two full-scale wars, one in the 1990s that saw Armenia take Nagorno-Karabakh and large swathes of territory surrounding it, and another in 2020 when Azerbaijan reversed most of those gains.

The apparent diplomatic progress also was noteworthy for who helped broker it: the EU. Before the 2020 war, negotiations were led by the Minsk Group of the Organization for Security and Cooperation in Europe, a body led by the United States, France, and Russia. The ceasefire that ended the 2020 war was brokered only by Russia, and Moscow had taken the lead in much of the post-war diplomacy.

Even though there was no mention of Russia in the formal statements following the meeting, few expected Moscow – even preoccupied as it is by the war in Ukraine – to stand aside. “Quite a lot of substance here and no mention of Russia. Next stop Moscow,” wrote longtime Caucasus analyst Tom de Waal on Twitter.

Since the war, it has been Azerbaijan who has been pushing for a comprehensive peace agreement to end the conflict, with Armenians reluctant to commit to a final resolution at a time of relative weakness.

And the reactions from Baku about the news from Brussels were correspondingly positive.

Political analyst Anar Mammadli called it "one of the most productive diplomatic meetings since the end of the war.” Fariz Ismailzade, the vice rector of the state university ADA, tweeted: "What Charles Michel achieves is what OSCE Minsk group failed to achieve in 30 years."

The framework that Michel laid out corresponded to the five-point plan that Baku had recently proposed, and Armenia largely accepted, wrote veteran Azerbaijani military journalist Asaf Guliyev. “The most important thing is that all this is done in a bilateral format. The bilateral format means that Russia is out of the game. The European Union supports the bilateral format,” Guliyev wrote in an article on the news website Herbiend.az.

In Armenia, where there were large demonstrations on the eve of the summit against what many feared were large concessions in the works, there was more skepticism of the advancing talks.

“Unfortunately, Pashinyan only accelerates the processes that are contrary to the interests of Armenia and Artsakh,” wrote Tatevik Hayrapetyan, a former member of parliament in Pashinyan’s coalition, on Facebook. (Artsakh is an alternative Armenian name for Karabakh.) “What peace treaty? When you are threatened from morning till night, it is not peace, it’s the capitulation of one side.”

Tigran Grigoryan, a Karabakh Armenian political analyst, said that Pashinyan seems to have conceded on another point as well.

“Armenia has once again abandoned its declared position,” Grigoryan wrote on Twitter. “The government of Armenia has been saying for months that concrete steps must be taken to stabilize the situation on the border to create conditions for the establishment of the delimitation and demarcation commission. […] In the above-mentioned readout, it is clearly stated that the commission will be established without any stabilizing measures on the border.”

In recent weeks, tension has again risen in Karabakh, with Azerbaijan taking some additional territory and Armenians accusing them of cutting off a natural gas pipeline.

Grigoryan added that a bilateral process served Azerbaijan’s interests more than Armenia’s; Armenia has been arguing that the Minsk Group should again mediate the negotiations.

“What I’m seeing now is an attempt by the European Union […] to establish a victor’s peace at the expense of Armenia where Armenian interests are not taken into consideration at all,” he said in an interview with CivilNet. “This is the third statement issued by the president of the EU council where there is not a single word said about Nagorno-Karabakh or the Nagorno-Karabakh conflict. And that is outrageous.”